If there was anyone wondering if Judas Priest had lost any of their fire, passion and metallic bonafides, the new album Firepower dispels that notion from the first note.

The album opens with the title track and it simply explodes out of the speakers as Rob Halford vocally rages while surrounded by the musical maelstrom from Glenn Tipton, Richie Faulkner, Ian Hill and Scott Travis.

Produced by Tom Allom and Andy Sneap, the album is an almost relentless sonic attack and it sounds fantastic throughout. The duo seem to gel well together with Allom being a longtime associate of the band and Sneap having quite the reputation as a producer himself. He's behind the last four Accept albums which are all outstanding. He's also now the band's touring guitarist in place of Glenn Tipton as the latter deals with health issues related to Parkinson's disease.

The first "single" release from the disc was "Lightning Strike" and it was a great choice because it wasn't only a high powered rocker but had what is the first of numerous catchy choruses on the album. Another example of those catchy choruses is "Rising From The Ruins", which is quite a draw as it makes you want to sing along to each repetition of the chorus. The song is made that much more of a metallic anthem by the preceding brief instrumental "Guardians" which feeds into it as it grows in scope.

Lyrically, there are some great lines on the album. On the uptempo but slightly less frantic "Evil Never Dies", the opening line is "The Devil's moved from Georgia" which of course seems to refer to that Charlie Daniels song "The Devil Went Down To Georgia". It might not mean much in the grand scheme of things but it is a nice flourish to the songwriting. I really enjoyed the entire set of lyrics on "Never The Heroes" as well.

The band never really slows down on the album until the final track, but varies the style of each rocker throughout. They have an almost methodical stomping on songs like "Children Of The Sun" and add a perfectly cast growling aspect to Halford's vocals on the track "Lone Wolf".

When they decide they just want to hit you over the head with a take-no-prisoners intensity, you get songs like the intense "Necromancer". The closing track "Sea of Red" starts off as a ballad for the first 2 1/2 minutes but then ups the ante as it increases the pace and becomes a much edgier rocker. Lyrically, the song seems to be reflecting on those lost in battles long past with a promise not to forget their sacrifice. The song has an epic feel to it, but mercifully doesn't include the length that would normally be associated with such a description.

Initially I didn't enjoy the song "Spectre" but that song grew on me and the solo in the song is superb. I wish I could say the same about the song "Flame Thrower" but that one is a song that just leads you down a rabbit hole from which there isn't really a return. Despite its all out attacking pace, it struck me as being flat and just a little uninspiring as a whole.

That said, it is really a thunderously enjoyable experience listening to this album. The funniest or perhaps most ingenious thing about the album for me is that my favorite tracks on the disc are what would be best described as "album tracks".

First there is "No Surrender" which has all the hallmarks of what would be a great 80's metal anthem. There's a strong accessible feel to the music and the chorus blew me away.

"Chasing a dream as I go higher

Playing it mean My heart's on fire

Living my life Ain't no pretender

Ready to fight with No Surrender"

But my absolute favorite track is definitely the viciously epic sounding "Traitor's Gate". It is a razor sharp piece of metal fire and Halford's vocals are so deeply intense that there is a bestial tone to parts of his delivery.

Firepower is proof positive that Judas Priest does indeed have plenty of ammunition left to them. It rocks out longer, harder and at times faster than many a pretender to their crown could hope to do.

If there's a question to the idea of Priest being both Metal Gods and Defenders of the Faith, this album will dispel that notion and leave those doubters begging for forgiveness. 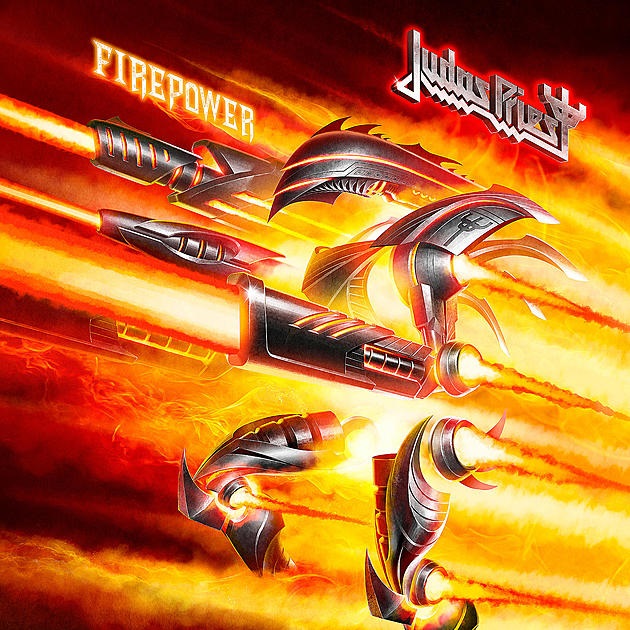 Well, I certainly do need to listen to it some more.  I want to like it and probably will as I listen more.

I did catch that Devil Went Down To Georgia reference the first time through and it did catch my attention!

Listened again today.  Definitely thought the second half of the album was stronger than the first half.  Funny, I kind of liked Flamethrower.  Sort of an odd chorus that worked for me.  Spectre was really good too.  No Surrender might be the best song here.

You are the second person that read my review that said they liked "Flamethrower". I just didn't get into it.

I think it's the weird rising hook when they say Flamethrower.

I listened to the album again yesterday at work, still don't get the song.