What The Water Wants

Fates Warning frontman Ray Alder steps out on his own for the first time on this "debut" solo album What The Water Wants. Of course, on his own UNDER his own name that is. He did have two albums with a side project called Engine in 1999 and 2002.

But as I said, this is his first album under his own name. It's an intriguing mix of songs that really capture some magic lyrically even if I wasn't totally sold on some of the songs as a whole. I've read where he didn't want the album to sound like Fates Warning, but I don't know if that's quite the mark he hit. It could be a failure of imagination on my part, but given that Ray's doing the singing and seven of the ten standard tracks on the album were co-written with Fates Warning touring guitarist Mike Abdow, I think comparisons to his main band are apt.

As I said, 7 tracks were co-written with Abdow and there's some good stuff to be heard from their collaboration. The album opens with "Lost", one of the more up-tempo tracks from the two musicians.

Lyrically speaking, the songs "Crown of Thorns" (see the video link below) and "What The Water Wanted" are great examples of Alder really putting out some great ideas.

On "Crown of Thorns", the chorus gets kind of deep with "The wind in the air, it sings a song / I know where my heart lived all along / I  know it's safe from tempest storms / And no one can take my crown of thorns". Meanwhile, I thought the verse "Forget the rain, deny the storm / What the water wants is more / It's dying just to fail / But if that's everything / You'd rather have nothing at all" sounded not just poetic but in some kind of way like a philosophical phrasing.

I should also mention the song "The Road". Much like a lot of the material from the Alder/Abdow collaboration, it is real slow moving for the most part. But the lyrics set forth kind of a powerful story of one saying goodbye to their life and being okay with the passage. It was moving in its way. There's an acoustic version of the song included on this release as a bonus track.

The remaining three songs come from a pairing of Alder with Lords of Black guitarist Tony Hernando. I'd reviewed that band's most recent album and loved it, so seeing he was involved in the songwriting a bit had me keyed up for what his contribution would turn out to be.

As it turns out, the three songs were probably the heaviest fast paced tracks on the disc. The lyrics may be what qualifies in my mind as "esoteric", but with them couched inside of a fiery rocking soundtrack, the song "Some Days" was a huge hit with me. I also loved "Wait" and "A Beautiful Lie".

Given how vastly more technically involved the music is in the progressive metal genre, I may not always be the best one to review that aspect of the music. I know what I like and I know what doesn't seem to work for me. But there are times when the finished product is much easier to understand than all the individual parts of the process in getting to the final part.

What I do know for sure is that despite my wish that there'd been more of a rocking kind of nature to a few more tracks, Ray Alder's foray out into the world under his own name has produced a highly creative musical soundtrack with impressively thoughtful lyrics that fans of his work with Fates Warning will adore. They'll find that What The Water Wants is pretty much what they didn't know they were waiting for as well. 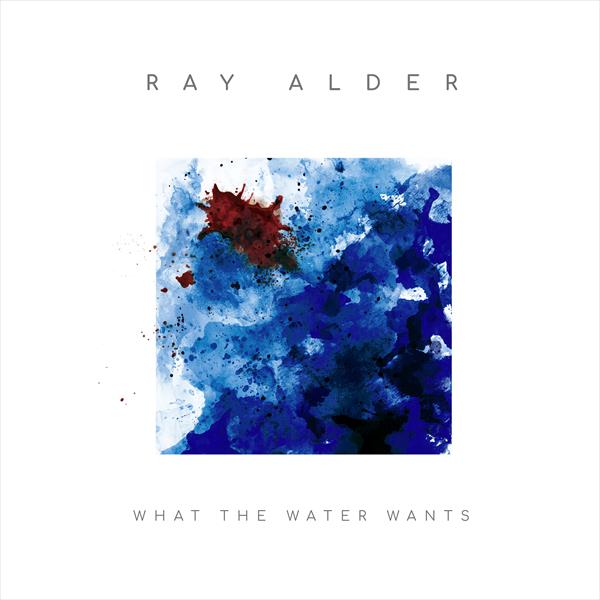