Conveniently forgetting the 1999 Live At McCabe's Guitar Shop release, the "debut" solo album from Heart guitarist Nancy Wilson is a collection of cover songs and original mostly acoustic based songs that finds the guitarist giving her vocal chops some front and center time as well.

There are four cover songs on the album and they are a disparate group of selections to be sure. The first single released ahead of the album was Wilson's version of the Bruce Springsteen song "The Rising". I thought it came out pretty nicely.

Wilson covered "The Boxer" from Simon & Garfunkel and "Dreams" from The Cranberries. Both of her versions are relatively similar to the originals. "The Boxer" features Sammy Hagar (billed as Sammy Hagar, The Red Rocker) while "Dreams" features Liv Warfield who besides being part of Prince's band was in Roadcase Royale with Wilson). The songs are good and since I do like "The Boxer", I was pleased to hear it here.

The Pearl Jam song "Daughter" was the cover where Nancy Wilson departed significantly from the original version. The music is stylistically different and Wilson's vocal performance brings the lyrics from female perspective. I like the original version a lot but I give this reworked version a big thumbs up as well.

As for the original songs, the album opens with the title track, which is a decidedly low key affair. I did mention that most of the songs are acoustic-based, right? The song features Sue Ennis, the longtime songwriting collaborator with Nancy and Ann Wilson for Heart. Ennis co-wrote three of the songs on You and Me. While the song doesn't exactly get your blood pumping, it is a solid kind of ballad.

There were a couple of songs that just didn't strike my fancy. "I'll Find You" bounces back and forth in terms of tempo but I couldn't get into it. One of the few out and out rockers, "The Dragon", left me equally cold.

The album closes with an instrumental entitled "4 Edward", Wilson's tribute to Eddie Van Halen. She released an extended version of the song online, retitled "4 Edward with Love" as well.

My own personal highlights on the album start with the song "We Meet Again". I swear I've heard this song somewhere before but I can't tell you where. I thought it might be a Heart song but my research ability hasn't come up with an answer. Regardless, it is just a flat out good song! There's a nice guitar line throughout the track that further endears the song to me as well.

But by far, my favorite song on You and Me is "Party At The Angel Ballroom". The song was co-written with Taylor Hawkins from The Foo Fighters and Duff McKagan from Guns 'N Roses. They also appear on the song as well. This song is just a rollicking rock and roll song that has a party atmosphere feel to the music and the zesty performance. As I listened to the track a number of times, I found myself wishing there'd been a couple more songs like this on the disc. Between the uptempo rock and roll sound and Nancy Wilson's keen vocal take on the song, this one is just killer!

While a full bore rocking record might not be in the offing for Nancy Wilson any time soon, the differing mix of tracks (originals and covers) on You and Me form a pretty cohesive listening experience that will leave you wanting more solo music from Nancy Wilson in the future! 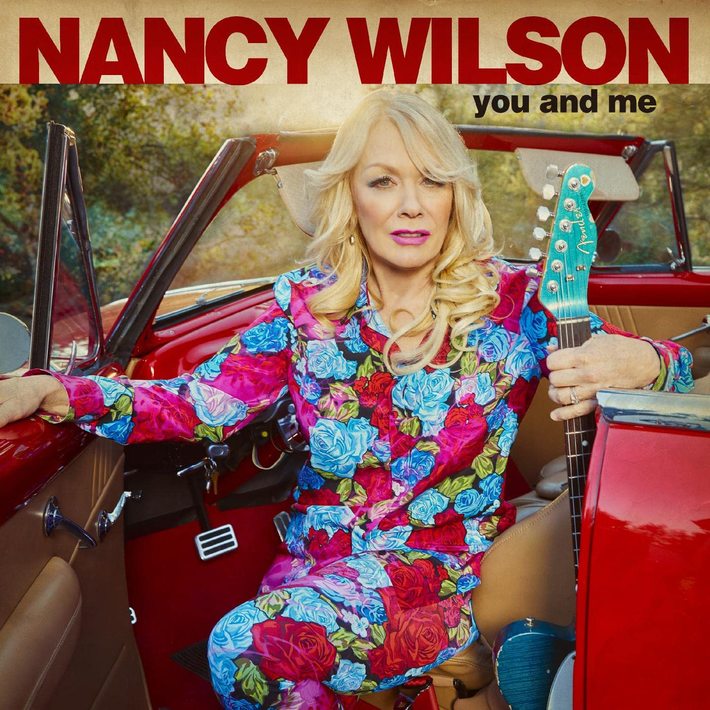