While I know that I'm a "little" bit late in getting around to reviewing the new Night Ranger album, I'm a firm believer in the adage "better late than never".

That said, I am still kicking myself a little for taking so long to actually listen to the album. I bought it back when it was originally released in August of this year but I just didn't get around to doing a review of it until now. And I have now discovered that was a mistake on my part because the album turned out to be quite a darn good release.

The first thing I noticed when I listened to the ATBPO (which stands for And the band played on) album is that while the requisite melodies you might associate with the Night Ranger sound are still in evidence, this album had a harder rocking sound to it.

That sound starts right at the top with the opening track "Coming For You". Living up the promise of its title, the song is a fiery salvo that finds the band going full throttle from start to finish. The song is anchored by a hard hitting drum foundation that helps the band just blow out your speakers.

The next couple of songs are in the same style, mining that hard rock and hard-driving musical vein. "Bring It All Home To Me" is a solid track while I just loved the go-for-broke styling of "Breakout".

While the band's sound on ATBPO is primarily driven by the guitar work of Brad Gillis and Keri Kelli, they do mix things up quite a bit. There's a couple of ballads that will remind you of the ballads of the past. "The Hardest Road" mixes the tempo up a bit throughout the song, while I was quite surprised with how much "Can't Afford A Hero". That song was definitely sentimental in nature but avoided crossing the line into sappy territory.

Perhaps the most unexpected song on the 12-track disc was "Hard To Make It Easy". While the song's pacing is squarely in the school of rock and roll, Night Ranger mixes in a country bar band feel to the music as well. And it works perfectly!

Those are just a few detours on Night Ranger's rocking nature though. The majority of ATBPO will rock your socks off. I thought "Dance" was a surprisingly effective rock song while the trio of "Monkey", "A Lucky Man" and "Tomorrow" find the band providing a rollicking hard rock sound that is both reminiscent of their commercial heyday and fitting in quite nicely in modern day hard melodic rock.

There's plenty more for listeners to explore with this new Night Ranger album and you'd do well to avail yourself of it at your earliest opportunity and not wait around like I did. ATBPO is a fantastic representation of just what Night Ranger has to offer the music world here in 2021! 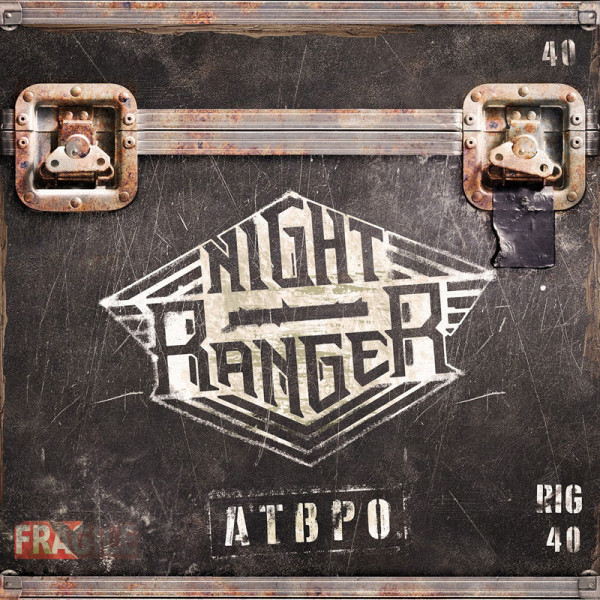