Seven years after the release of the album Return To Forever, the Scorpions are back with their 19th studio album Rock Believer. After such a long stretch between albums, I don't know that it is all that crazy a notion to wonder just how the band's writing and sound would turn out.

The Scorpions have been turning out some great music since they made that long disavowed announcement of their retirement. And for rock fans, that's a damn good thing. The one big question I had heading into this new album was how involved in the writing the band would be. On Return To Forever, there seemed to be an abundance of co-writers brought into the mix. And while the music was still good, I really hoped for a more centralized approach to the songwriting. For the most part, that came to pass. There are still a couple of co-writers involved but the majority of the album is written by singer Klaus Meine and guitarists Rudolf Schenker and Matthias Jabs.

If you were wondering how hard rocking a band would be with their two main creative forces being well into their seventies, the Scorpions will dispatch any fears of ragged glory right from the start with the expertly titled "Gas In The Tank". It's a blazing rocker that not only serves as a fantastic album opener but it would also serve as a pretty declarative statement as a show opener on their upcoming concert tour with Whitesnake. Whether the song rocks or is a softer sell type of song, Klause Meine is still a fabulous sounding singer.

The same can be said for the band. Coming up with one electrifying riff after another, Rudolf Schenker and Matthias Jabs propel each track while bassist Pawel Maciwoda and drummer Mikkey Dee hold down the bottom end of the song while simultaneously providing even more fuel to the fire. This is Mikkey Dee's first album with the Scorpions since joining the band.

The Scorpions have always balanced the hard and heavy with the power ballads, but when they hit a musical stride that calls for them to play as fast and relentless as they possibly can, it is something to behold. The speed at which they rock through "Roots In My Boots" and "When I Lay My Bones To Rest" is breathtaking. Yet they don't sacrifice any sense of clarity. Meine's vocals don't get lost in the mix and you don't feel like you missed anything because of the over-the-top pacing.

If I'm being honest, the song "Shining Of Your Soul" did take a bit for me to appreciate. The song ends up being a decent track but there's no doubt that it is the one track on the album that I didn't quite get into as much as the others.

Tracks like "Call Of The Wild" and "Knock 'Em Dead" are mainly uptempo tracks but they don't quite reach the frenzied peak of "Roots In My Boots" or "When I Lay My Bones To Rest". That's not a knock on them however. Because both songs are actually quite good. With "Call Of The Wild", as the song moves along with a lively step, there's also a bit of a heavier sound in the music that gives an extra bit to the depth of the song's sound.

"Peacemaker" is another hard driving rock and roll track. It was one of the first songs given an early preview ahead of the Rock Believer release and it is a damn solid number. It moves fast, rarely letting the listener draw in a breath.

I've been talking a lot about the harder-edged tracks on the album and that's due in large part to the fact that the harder, faster type of songs is what makes up the track listing. Except for the closing number. Everyone knows the Scorpions have turned out some pretty iconic ballads over the course of their career ("Winds of Change", anyone?) but given my admitted bias against most ballads these days, how would I like the one they did for Rock Believer? Well, as cranky and lacking in sentimentality as I am, the song "When You Know (Where You Come From)" is EXCELLENT! Okay, at first when I started listening to the album for this review, my notes said "Not Bad" but as I played the album I realized that I was really keying into everything the song was conveying or at least what I think it was trying to convey. And with each successive spin of the CD, I found that I was actually looking forward to hearing the song. That rarely happens with ballads anymore so I would say that the track is a big thumbs up for me!

The album's title track was interesting. It ranges from mid-to-uptempo in pace. But I thought the way it pays tribute to not only the band's love of rock and roll but to the community of rock fans everywhere was simply marvelous. Not just because I agree with the sentiment of the lyrics but because it feels genuine rather than pandering to the fanbase.

The most surprising song on Rock Believer for me is "Seventh Sun". It's actually a song that doesn't really seem like one the Scorpions would be doing. As I listened to it, I found myself writing notes saying that it felt like a track you'd hear from Ronnie James Dio. It's got a more methodically heavy sound to the music. There's a nice melody woven into the music as well. But really got this song into my blood was the sci-fi bent to lyrics. And the way Klaus Meine performs his vocals really makes everything gel together beautifully.

Don't get me wrong, I love all of those fast hard-driving rockers to pieces. But "Seventh Sun" is one of my favorite tracks on the album as well and each time I hear it, I feel like I'm being drawn into a world that I would love to explore more.

The Scorpions once made plans to retire from music. But with Rock Believer, it is perfectly clear that fans everywhere should be glad they didn't because the Scorpions still have plenty of fire in their collective belly or as the album opener states, "Gas In The Tank". Rock Believer manages to recall the days when the Scorpions were at their peak while continuing to push forward in the here and now. This is a fantastic album that will definitely make a believer out of whomever listens to it! 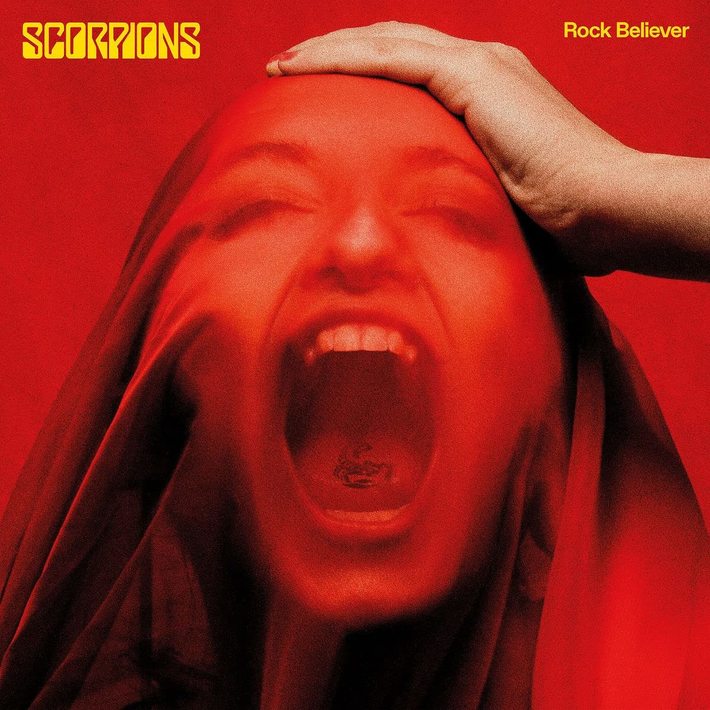 It's funny how we hear the same thing differently sometimes...

To me it sounds exactly as... pandering to the fanbase... (with not enough) Gas In The Tank. ;)

Hey, we all here different things but that's okay.

I think this is pretty strong. It’s one of three albums that have been released this year that I am really enjoying (Mike Campbell & The Dirty Knobs and Tears For Fears are the other two). I liked the closer right off the bat.

I don't have plans to get those other two albums you mention but I'm glad they are getting lots of play for you.