46 Chromosomes Late To The Britgit Party

Back to our usual selves, and we are going to explore some of the best guitarist Great Britain had to offer... In their lesser known roles.
Age before beauty. 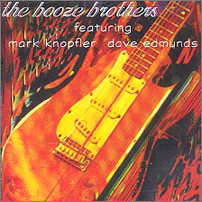 In '72 the band released their first album and right away started auditioning for a new guitarist. The guy who showed up had a red Gibson, a flat hat, a northern accent, and a big grin on his face. Over few rounds of beer they struck a deal with him and just like that, Mark Knopfler was in the band. They also convinced Dave Edmunds to produce selected tracks, but that stint most likely cost them a barrel of ale. The project was shelved until Mark Knopfler gained fame, with Dire Straits. I thought the quality of the recordings will be muddy, but surprisingly they sound pretty good. I'd say, Dave Edmunds didn't hold back on these boys. 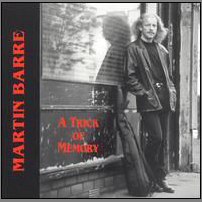 I did not intend to buy or order this CD. It came to me via one time only, blind purchase of 750 CDs in a bulk. And even then, this release wasn't part of the promised quantity, but rather an add on, thrown in for good measure. These extras were all missing something. The Martin Barre CD was missing the back liner. I'm not complaining. The Tigertailz album, was missing the CD, now I am. Just to make sure we are on the same page, this is the one and only Martin Barre, who as a part of Jethro Tull won the Grammy awards in 1989 for not only the best Hard Rock, but also the Heavy Metal performance in Vocal AND Instrumental category. Wow! That was a mouthful, and by default this makes him the best Hard Rock and Metal guitarist, at the time. Add five years to the date and this is what you get. 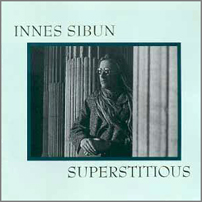 Innes showed leadership from the get go fronting his band, Innes Sibun Blues Explosion, with whom he recorded "That's What The Blues Can Do" in 1991. Same year, it was voted the best blues album in Ireland. This is when Robert Plant took note of him and invited Innes to be part of his touring band. Innes appeared on few Plant compilation releases. For "Superstitious" he assembled a new line-up and returned to Blues.

You have my interest sir!  Pre-Dire Straits Knopfler?  Never heard him before DS.  Also, I know Jon is a fan of Edmunds so I'm sure he'll have favorable things to say.  Rock Steady Woman is nice start to, Edmunds rockabilly vibe with some nice geetar(tm) work...  I liked everything but What's The Time and I'm somewhat surprised he got no lead vocal.  Maybe i shouldn't be surprised he was a relatively unknown at the time.  I like this though!

I hope Niels gets on and sees this.  He's a huge Tull fan and would have some good insight to add.  I didn't care much for that first track but I did really like the Blues track, though it could've used more guitar!  I like the instrumental track to, nice!  This one has a catchy feel to it and where has this guitar work been?  Nice closer as well... Makes me want to rethink Tull who bore me sometimes.  You see we have a running joke with Niels that Tull puts us to sleep.  While not true, it is fun to banter back and forth when possible.  I liked this!  Not purchase liked this but "like" liked this...

Yep, RP sure know how to pick 'em. Who woulds thunk that the geetarist for Cutting Crew would fit in quite well?

Shame that some folks here don't like Rockpile. Pure Edmunds (and more) goodness.

Who ARE these people you find, lol?

Martin Barre is from Jethro Tull.

I give you Innes Sibun is a bit unknown, but he is a fantastic Blues guitar player as you could hear it if you give him a listen.

Knopfler is in there?

I am tired today, lol!