Acting on a popular demand to present more International Rock music here, I'm happy to share the fruits of my collection with you. But before we embark on this journey, let's establish few ground rules: First and foremost, only material performed in English are accepted and second, it must be kept within the '70s. If your suitcases are ready and packed, then your time and space travel starts right now. We'll be visiting these exotic places in their alphabetical order.

click on the cover to get your visa validated 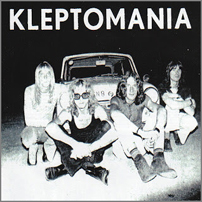 1. KLEPTOMANIA - Stop (Elephants Lost)
2. KLEPTOMANIA - Eligie (Elephants Lost)
3. KLEPTOMANIA - From The Beginning (Demo)
4. KLEPTOMANIA - Just A Little Minute To Go (Single)
5. KLEPTOMANIA - Rock'n Roll (Single)
from "Kleptomania" 2CD ℗ 1969-1975/1991
Country Of Origin: Belgium
Now here is a band I firmly believed was just a myth. Many of my friends, upon learning of my affection towards the guitar music, suggested I should check out this Dutch band, Kleptomania. When I asked them for more info, no one could tell me anything. Funny how this word of mouth thing works. After a while, I wrote off the band as a none existing fable story... Until I came across this 2CD release, on the 'net. Once I got the CDs, I learned few things. The band was from Belgium, but their first and only vinyl was released in Holland, hence the confusion. Second, the ravings about the guitars were justified, even though I prefer my guitar music much, much tighter than the jamming performance found here. And lastly, everything Kleptomania you need is in one place. The complete "Elephants Lost" album, the none album demo tracks of decent, if not better than studio quality and all their none album single tracks as well. The only thing missing is the Waffles, topped with some authentic chocolate. Sorry, you should have gotten the "all inclusive" package. 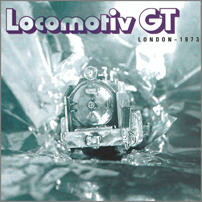 6. LOCOMOTIV GT - Rock Yourself
7. LOCOMOTIV GT - Gimme Your Love
8. LOCOMOTIV GT - She's Just 14
from "London 1973" Digipak ℗ 1973/2001
9. LOCOMOTIV GT - Motor City Love (As Sitting On The Sidewalk)
from "'74 USA" LP ℗ 1974/1988
Country Of Origin: Hungary
In 1971, after bidding farewell to his band mates, Presser Gábor formed LGT to perform more of a Classic Rock type of music rather than Prog Rock his previous band choose to follow. Of course, back then it was just called Rock, but he did infuse quite a bit of Funk and later Jazz, as well. The fame multiplied with their first 3 albums so much that their record company was thinking to make an export item out of them. And not in the cheap way either. LGT was sent to London to re-record some of their most popular songs with English lyrics and even Jack Bruce got involved in the process. The album was released in UK and USA. Perhaps you seen it? Maybe you even own it? They did something similar in 1974 when they went to USA. Recorded an album in Los Angeles at the ABC Recording Studio, but that album never got a proper release until 1988 in Hungary. Apparently, few test pressings of the vinyl are in circulation, with a title "All Aboard", but good luck finding those. No CD reissue as of yet, so the last track was ripped from a vinyl. (In case you were wondering about the sound quality). Goulash or Chicken Paprikash? Either one of those will go just fine with this one. 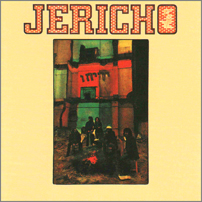 10. JERUSALEM - Kill Me With Your Love
11. JERUSALEM - Justin And Nova
12. JERUSALEM - Ethiopia
from "'= יריחו" LP ℗ 1972/1990
Country Of Origin: Israel
Another suggestion courtesy of my Prog-Rock friend, therefore it's highly recommended. It was intriguing to learn, that Israel had a Rock band in the '70s. Few of their tracks clock in excess of 10 minutes. In fact the album only has 5 songs. I was pleasantly surprised to recognize "Ethiopia", as soon as it started. It's one of those tracks I was hunting for years, but lost all hopes of finding it, simply because I didn't know who performed the song or even the title. While you're at it, get yourself a Za'atar manakeesh, with plenty of hummus, because the bus is leaving in 3.

P.S. As for the postcard to prove you visited all these places, pick up the one that says: "Not One, But Three" for the next time someone ask you; If you ever heard of an International band or Artist before... That is.

I like the new rules, traveling abroad in the 70's with english sung rock and roll sounds good to me...

Definitely a jam band with a slight bit of early Sabbath influence, at least on those first two tracks. THen the demo track has a southern rock fell to the guitar work, its playful and fun.  Then we transition into the disco beat of trach 4.  Clearly a fun band.  I bet they were great live, especially in the smaller clubs where they could interact with the crowd.  Closes with the required sub 3 minute "single".  The guitar work is nicely done and very interesting.  Not sure this fits into my collection, but if it were to come on at a party it woudl fit in perfectly!

Locomotive (without an 'e') - interesting spelling that I'm sure has to do with the way things work in Hungry (with an 'a' between the 'g' and 'r') ..

The rhythm sounds very Grand Funk-ish, but the horns derail that vibe right away (see what I did there?).  Then it hits me, this is similar to REO Speedwagon when Mike Murphy fronted them.  Not a bad thing as it has that playfulness to it!  Even though they are singing english I can't understand them.  Still, Rock Yourself was a fun listen!  I think you're onto something here.  So it seems they like the multi-track singing approach.  They lost me with She's Just 14.  The guitar work brings me right back on Motor City Love - cool tune!

Liked Locomotive (without an 'e') very much!  Nice work here...

Very peculiar spelling of the word locomotive. Even I had to go back and edit the post because of that. It's not a Hungarian spelling. (Not even the right word, it would be: Mozdony) The band's full name is Locomotiv Gran Turismo, and since Gran Turismo is Italian, then Locomotiv still doesn't fit, because the Italians spell locomotive different, as well. I'm afraid, I'm at the end of my wits on this one.

We always called them LGT and few fans gave them a nickname "Loksi" pronounced Lokshi. The band used that nickname to title their 9th album that was a conceptual, double LP.

Good catch on the spelling, though.

Those first two sound like 70's rock with the former sounding a bit like Budgie and the latter sounding like Chicago on the first song (because of the horns?) with the rest sounding like 70's funk-type rock.  Neither are bad, but it's something I've heard before by other bands. I'll give the trophy or whatever to the guys that can't help stealing because it's a disease, dammit because I liked their songs better and they need support, be it in a support group or an intervention or whatever.

What are the odds that band named Jerusalem is from Israel?  Jon and I discovered a new band some years ago, they were from Germany and they were also Prog, more of a space prog band but prog nonetheless.  Turns out they have an extensive catalog beginning in 1971 and they are still going.  Can you name that band?  If you can we'll give them a shout out!

There is some cool geetar work here as well, I sense a theme, but the first tune feels more jam band than prog.  The guitars disappeared on that second track.  And the closer had some cool riffage. I liked this band as well, though it's the least of the 3 posted here.  Locomotive (without and 'e') wins the day here!

I know all about ELOY.

They have 9 albums in my collection, thanks to my Prog Rock friends recommendation. Eloy and Van Der Graaf Generator are his favorite bands, with Pink Floyd. When I got those CDs I gave them a quick listen. Wasn't very much impressed then and left it for Later. Now, that I'm going through the Later pile, I gave them another shot. The first album was great. Next I listened to Colours. That blew me away, so I'll give them another chance, but I won't include Eloy albums here, simply because the top, left corner search bar yielded few hits with you and Jon talking about the band. You started it, you finish it. That's my policy.

I have one puzzle for you though.

Coming up later in LTTP would be an International band presented by yours truly, that predates Eloy in formation as well as performing Space Prog Rock. Do YOU know who I'm referring too? Here is a hint: Eloy lists them as one of their influences.

Could it be Pink Floyd, UFO or The Scorpions?

Neither one of those. After I said that, I went online to see if my statement stands with the proof, but I couldn't find a conforming article. Which doesn't mean I'm wrong, since I remember reading an interview in the German music magazine Pop Rock (in 70's), where Eloy cited this band as their influence. However, the band in question did start earlier than Eloy. First they played Beat Music, then they got harder. Not Deep Purple hard, but harder nonetheless. And with that change their music become varied, with some of the songs being Space Rock, but not all. I think Eloy made the jump to full on Space Rock first, though. The other band was probably a year or two behind. The band I'm talking about was Space Rock for a while, then switched to mellow Prog Rock.

I will be posting from their Space Rock era. My favorite. Probably a better clue would be; that people who know the genre recommend Eloy and the other band to those newbies who want to try something like Pink Floyd, but not Pink Floyd. If you search with this algorithm, you have a better chance to figure it out.

It always comes back to ELOY!

Wait...isn't the last band named Jericho? Where is Jerusalem coming from? I am very confused.

Not bad, but after the first track it does get a little droney and repetitious. I like the jammy band stuff.

Oh, Scott? It's Hungary. What is your problem?

The bands name is Jericho. Brainfart.

First they were Jericho Jones, then they changed their name to Jericho.