Have you ever wondered what was the First Lady listening to as a teenager?
Well, she being born and raised in Slovenia and Slovenia being the tiny little country as they are, there is a great chance, that she at very least heard of the most famous Slovenian Heavy Metal band, Pomaranca (aka Orange). But there is a chance that she really likes them, too. I mean the lyrics of the opening track from their 2nd. album is straight out of the playbook of someone very close to her.

POMARANČA - Hellorage (Peklenska Pomaranča) 1981 - LP
As soon as I saw this vinyl sitting in the display window of a small record store, I knew I had to have it. Then I noticed the clerk taking it out from the window. That wasn't a good sign. They only did that if it was the very last copy, so I ran in. The store was empty. When I asked him about the album, he said the copies he received were all recalled, because the batch was warped. He showed me one. He was right, but I couldn't let it go, so I convinced him to sell me one, anyway. He agreed and ever since, this release is my #2 Yu-Metal album of all times. The lyrics are written and performed in Slovenian language, which I barely understand, but that never stopped me from fully enjoying this masterpiece. The album was released again in 1983 and I have that press too. This time it had a flat surface, like Saskatchewan.

ORANGE - Madbringer 1983 - LP
So, the title of the opening track is the one I mentioned in my opening statement. Fair Warning: Playlist B/Track 1 is NSFW. Let me spell it out for you: NOT SAFE FOR WORK. Music wise it is similar to the first album, except all songs are in English. At first I thought they were trying to gain some international recognition with English lyrics, but now, I have my suspicions. Seems like they just wanted to pass that first song past the censorship. Obviously, whoever was in charge of supervising them, did not speak a word of English. Either that, or he had the same moral values like some presidents do.

POMARANČA/ORANGE - III 1985 - LP
The band made some drastic changes. The sound was different, the lyrics acceptable and yet they experimented with adding another language to the mix. Although, half of the songs were still in English, the other half was in Serbo-Croatian. Don't think it got the desired attention. I haven't heard of the album until much later, thanks to the internet. I only included one song, so you can hear the changes, but otherwise its my least favorite Orange release.

I read some articles about Pomaranca/Orange and I was surprised to see, they were compared to Deep Purple and AC/DC. While I can hear the Deep Purple influences at sporadic spots, the AC/DC references are lost on me. However, they did release a 4th album (available on CD), on which they didn't have a keyboard player, so perhaps that project is more in line with AC/DC, but I can't tell, since that CD is tough to track down. None of these albums I posted, were released on CD, but there is a Best Of compilation, that collects the more interesting songs from this era.

As for whether the First Lady likes her countrymen's music or not, I would really like to know the answer myself. Next time you see her, maybe ask her... For me.

There are two Oranges waiting for you. Squeeze the mouse and click on the skins... See, you can say sensitive things, without coming off as a dick 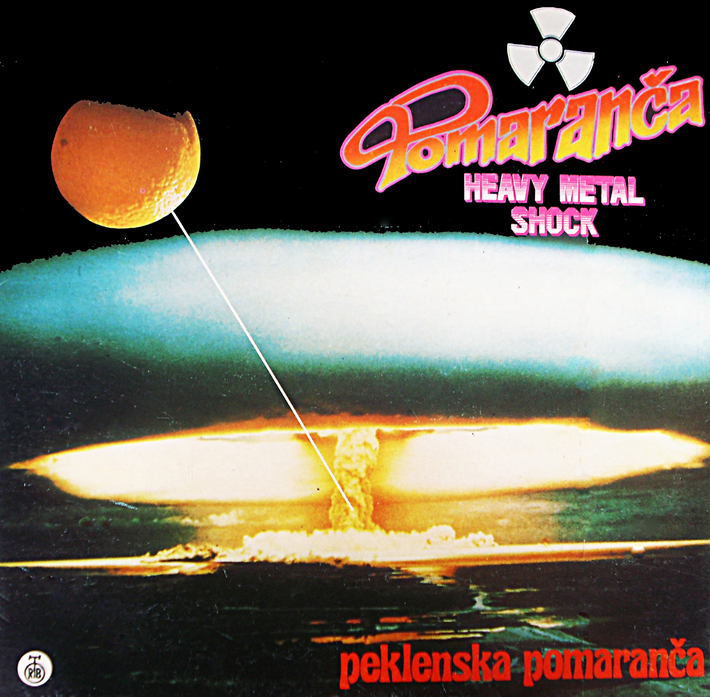 Tell that to Tipper Gore!

Yeah, Orange didn't sound anything like AC/DC. Deep Purple? I guess a little. That song on the first player sounded like neither. It was pretty horrible compared to the second player.

I guess they just can't have song titles like that anymore. Sigh. Wait....that makes me sound like a pig.