I just received an email notification from Mascot Label Group, in which they are announcing the release date of the new Stray Cats CD, with the original line-up, titled "40". It comes in a Box-Set, but without the litter.

Meh.
I always considered myself more of a "dog person".

We are going to hear two bands who were reviving the Rock 'N' Roll and Rockabilly movement prior to the 80's, but neither one of them were Copycats... Ahem, I meant... Stray Cats. Well, both bands predate those cats I just dropped in the middle of our conversation, so essentially they paved the road for the aforementioned Cats to come in and swoop the glory up for themselves. I will have none of that. I'm here to circumvent this iniquity and set the record straight and put those cats in a doghouse.

MATCHBOX - Riders In The Sky/Rockabilly Rebel/Mydnight Dynamos 1976/1978/1980 - LP's
"Flying Colours" is also part of my collection, but there was no room left to include it on the playlist. I really enjoyed their music back in the days, whenever they were on the radio, but never bothered to buy their records. Until much later, when I found 4 priced affordably and put them all in my shopping cart. I remember looking for these albums online in the 90's and it was a real nightmare. Every time I searched for Matchbox, it always showed me the results for, Matchbox 20. All these LP's were released on CD, but Rockabilly is meant to be heard on vinyl. Without pops and crackles, you might mistaken the music for cat's meow.

HUNGARIA - Some Like It Hot (Van, Aki Forrón Szereti) 1985 - Cassette
This would be the 3rd or maybe even the 4th? reincarnation of the band. In 1970 they started out as Psychedelic/Beat group, while ten years later, in 1980 they reinvented Rock 'N' Roll for Europe's eastern populace. This particular line up is known as the "NEW" Hungaria. The only common band member in all of the formations was Miki, whose parents escaped Hungary to land in USA at the time of the Hungarian Revolution in 1956, while Miki was still young and impressionable. Needless to say, the spirit of Rock 'N' Roll left its mark on the kid and as soon as they returned home, he wasted no time to Rock 'N' Roll. The early Hungaria albums were all reissued on CD, however this one, was not. 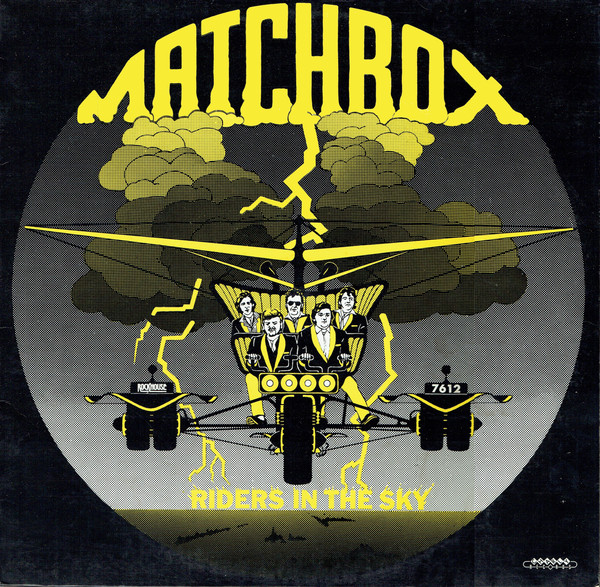 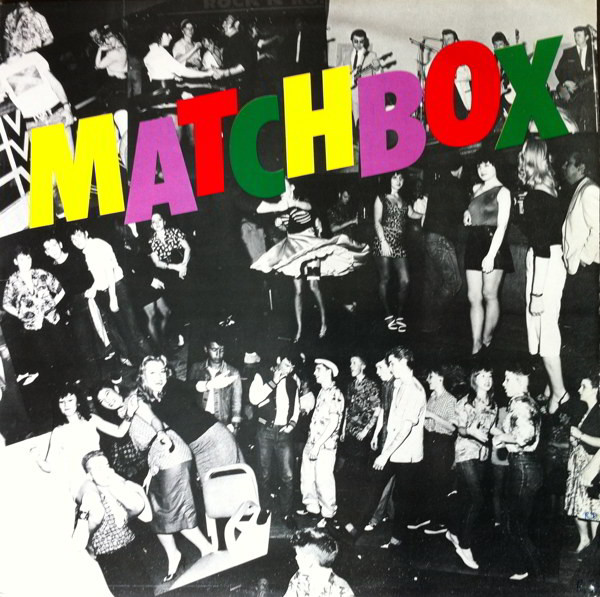 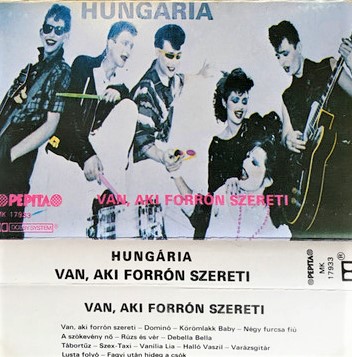 That first song frm Hungaria sounds strangely familiar. Now, why is that?

The rest of the songs kind of remind me of another band, they're more recent, had a song about a kitty, all female band. Just always forget their name.

As for Matchbox? Not really for me. Just nothing really caught my fancy. Plus, their name makes me think of (blech) Matchbox 20 and it's not their fault.

It reminded you of this?