7ty7" Late To The Singles Party

The 7" singles had hard time warming up to me. I always thought Bigger is Better, Go Big or Go Home, etc, ect. What changed? My Birthday. More precisely, a birthday present I got from a cousin. It was this beauty: 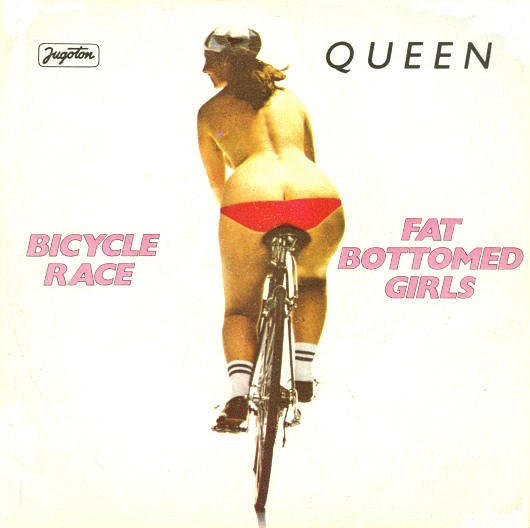 That single, single-handedly changed a whole lot more than just the one-track mind I had set on the media; it made me realize Queen is the best band in the whole wide world. Unfortunately, I don't have that single anymore. However, after that birthday present, I started seeking out more singles. Had a nice collection going on for a while too, mostly of the 80s One-Hit-Wonders, when it made more sense to buy singles, than spend money on LPs. Later, when I was moving around a lot, I left them all behind. And as of late, I been on a hunt for stand alone pieces, containing songs never released on LPs, plus few Pop tunes, that still have some sentimental values to me... Of course.

I'm sure there is an ocean of songs solely available on singles, but Yugoslavia was in particular fond of this format. Many Artists released singles, one after another, while LPs were considered a sporadic activity, and even then, the material they released on a 7" were not included on the LPs. (I'm not talking about the B. Sides, but the whole unit in most cases). This mentality raised the collectability factor of those singles. Few artists never even had an LP to their names, only 7". 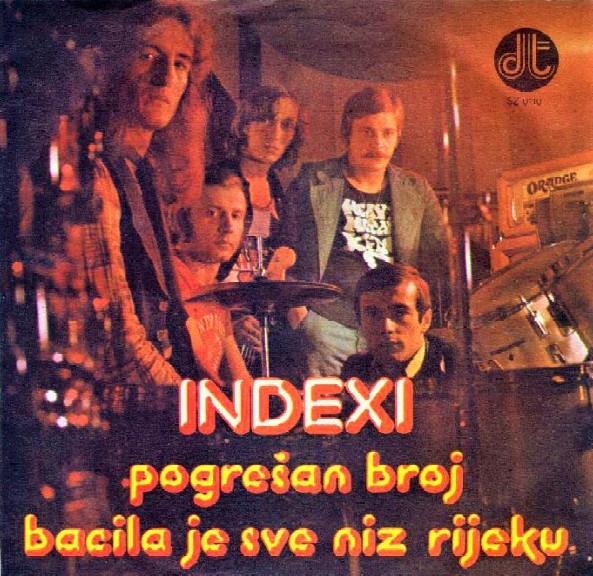 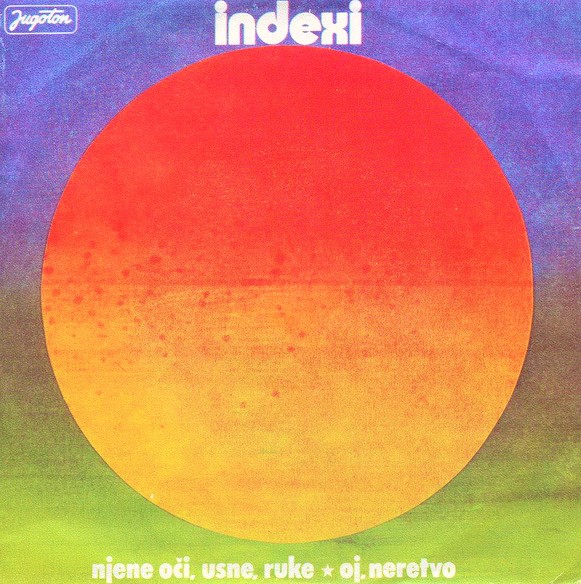 INDEXI ‎– Pogrešan Broj / She Throw Her Life Away 1974 - 7"
INDEXI ‎– 310 Kisses / Bilo Je Lijepo 1979 - 7"
INDEXI ‎– Her Eyes, Lips, Hands / Oj, Neretvo 1980 - 7"
Now here is a band whose image I truly despised as a kid. I could not fathom the possibility, that these Grandpa's dressed in tuxedos, wearing glasses and mustaches, like they are going out of style, were considered Rockers. But they were. And no matter how embarrassed I was to admit it , I liked their music. If you absolutely need to label Indexi, then file them under Moody Blues and Procul Harum's commercial kind of Prog-Rock. They released 3, 33 1/3 RPM's and almost 30, 45 RPM's.

MUDRE SOVE ‎– Mudra Sova / Apa Upa Up 1978 - 7"
At the time of their formation, all the members were university students, led by their professor Glišić. The media, immediately accused him of manipulating the youth. Therefore, Wise Owl's first 7" is also the only proof they ever existed. Shame, I think they had a bright future in music.

STIJENA ‎– Balkan Bullfight / Sve Je Neobično Ako Te Volim 1984 - 7"
A female fronted New Wave of Prog-Rock band from the times when being lead by a female singer wasn't fashionable, yet. Her soprano was impressive, which made her a keeper. Although, Rocks did replace Zorica, with another singer, right after this release. Balkan Bullfight is the only 7" song presented here, that is also available on a Long Player.

SUNCOKRET ‎– Oy, Nevene / Tekla Voda 1976 - 7"
Before leading Fish Stew to the highest peeks of YU-Rock scene, Bora Corba was part of this Folk Rock band. I remember Sunflower's mostly from the songs found only on their singles and nothing from their sole album sounds familiar.

ZEBRA ‎– Game / Telefon / Tužna Žena / Cirkus 1977 - 2 x 7"
Don't know anything about this band, except for the song "Game". They are not to be confused with any other Zebra's still in the wild. Game was part of the double 7", released two years prior to their first and only LP. The song wasn't hit, but it managed to impress the heck out of me.

BOBA ‎– I Can't Be Without You / Ostani Moja 1973 - 7"
Boba, was first member of a Beat band (Golden Boys), then part of an ensemble resembling Mama's & Papa's, in style and formation, known as; (His & Hers), before going solo. The 7"s in his discography outnumber the 12"s, 5:1. He has a powerful voice, but his music never captured my fancy... Except for this one song, with its cool keyboard sound.

MIRZINO JATO ‎– Normalna Stvar / I Love You Without Results 1979 - 7"
Mirza's Flock was a Bosnian Disco trio trying to emulate Boney M, down to the Afro's. If you think that is strange, then get a load of this; their songs were written by Sead Lipovaca who we know as ZELE, from my New Music Corner post. "I love You Without Results" is one of their most popular songs, even though it was only released as a B. Side to a 7" single.

STAKLENO ZVONO ‎– Tell Me, Have We Met Before? / Ti Si Još Djevojčica 1977 - 7"
I have no excuse. This one is a guilty pleasure. Completely forgot about the song and the band, until I started buying these singles. Glass Bells, have a whole bunch of 7" and only one album. None of their songs coexist on two media.

VRUĆ VETAR ‎– She's Mocking Me And My Friend / Moj Otac Je Sve Na Vreme 1980 - 7"
One-Hit-Wonders. And that one hit came from this single, released two years before Hot Wind's first and only full length album, to date.

IGLA ‎– Daleka Je Indija, Kina I Havaje / Wally Buddy 1981 - 7"
The first and only YU-Glam band, at the time. Well, maybe there is more Glam Rock bands in Yugoslavia now... Oh wait! There is no more Yugoslavia. Period. Scratch that. These guys are Unicorns. Needle's released two singles and no LPs, whatsoever.

MAMA ROCK ‎– Život Moj / Nothing Pleases You 1980 - 7"
Hard Rock band, with tasty guitars. Mama Rock broke out with 3 singles before releasing their 1985 debut, which consequently ended up being their only album. None of the 7" tracks made it to the LP.

TVRDO SRCE I VELIKE UŠI ‎– Pucanj U Prazno / Kalemegdan Tango 1981 - 7"
Hard Heart & Humongous Ears are labeled as a Hard Rock band. Can't say, I'm fully endorsing that view. Two years later, their first (and only) single was followed by an LP, which sealed the band's fate, for none of its material measured up to the two tunes, only available on this 7".

ŽELJKO BEBEK & BIJELO DUGME ‎– Milovan / Goodbye, Amerika 1976 - 7"
Bebek was the singer in White Button. This single was recorded at the RCA Studio in New York, when the band was to perform concerts in USA, which never happened. Instead, Bebek and Ipe (drummer) recorded solo singles, with full support from the band. At the same time, they relinquished their rights of the name, to the guitarist (Bregovic). Rumor has it, these two singles were their payments for signing the waivers. People hardly remember these two releases, while White Button went on to sell millions of albums and become Legends in YU-Rock history. I know a shitty deal when I see one. Same can't be said for Bebek and Ipe. Come think of it, Bebek should make a T-Shirt for himself saying: "I sung in Bijelo Dugme and all I got was a 7 inch". Wait, that's not what... On second thought... That's exactly what he got. (Although, the aforementioned swindle has no reflection on the quality of the songs they scored).

I dunno, just nothing here stuck with me. Listened to all three at least twice and.....nothing.