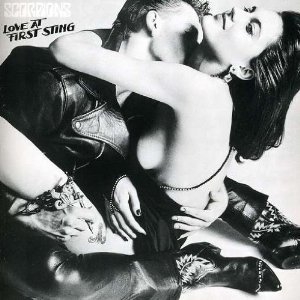 Singles: Rock You Like A Hurricane/Still Loving You/Big City Nights

I'm gonna be putting up some Heavy Metal albums from the 80's over the next few weeks...or am I?  That's the question for you each week.  Should the band featured be considered Heavy Metal?  And since The Scorpions are another band that have yet to be featured on AOTW, I picked their 1984 release to kick things off.  Love At First Sting is the Scorpions 9th studio release.  It was released just prior to my high school graduation and sold in excess of 3 million copies.  It climbed to number 6 on the U.S. charts and featured one top 40 hit, that being Rock You Like A Hurricane.

The Scorpions have never been one of my favorites.  As a matter of fact, this is one of only three Scorpions albums that I own (I also own a greatest hits compilation).  This is a good album.  It has a perfect number of songs in 9 and is easy to listen to from beginning to end.  I remember the video for Big City Nights being huge on MTV.  I don't remember the video for Still Loving You, but I do still hear that song on the radio a good bit.

One bit of trivia for you is that the original cover caused some problems for Walmart, so a "clean" cover was issued specifically for retail chains that didn't want to stock the "dirty" cover.  I happen to like the latter.

So what do you think?  Are the Scorpions metal?  I need everybody to answer the question.

7. As Soon As The Good Times Roll

I love the Scorpions, a lot actually.  Lovedrive is one of Classic Rocks most treasured albums (and album covers I might add).  They followed it up with Animal Magnetism and Blackout, a real solid tri-fecta.

Then this one...  The mega-hit, Mtv embraced, hit machine of an album.  For me, it should've been a 4th straight great rock and roll album, but heavy metal?  No, I don't think of it that way.  But it suffered from radio overplaying and too much Mtv.  If I take away the hit songs, there is still some great riff based tunes here.  Its a must have for Scorp fans no question about it, but Im guessing most hardcore Scorpion fans would say it does not top their list.

Nah, they're hard rock. I'll show you what metal is!

I had this album when it came out and lost it throughout the years and finally picked it up again this year. Still like Coming Home, but as Scott said, it was just overplayed and I still felt that way when I listened to it a few months ago even though I hadn't heard the whole album for almost 30 years. Just thinking about how long ago that was makes me kinda sick.

Are there really two covers for this album? I know there are different, edited covers for Pure Instinct. 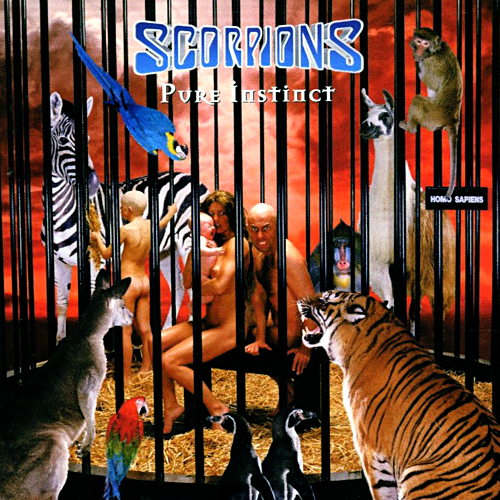 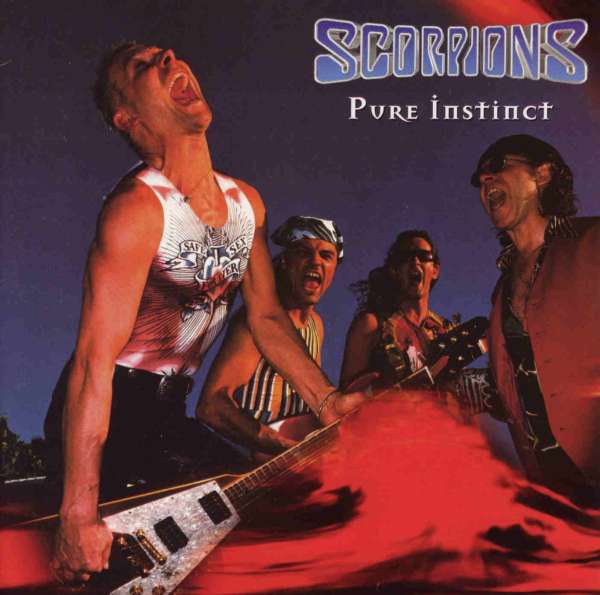 I picked up both original covers, before they were considered (bad), I guess.

This is a good Scorps CD, has some good songs. Not my favorite from the band. But yes, they are a metal band. Maybe not as German metal as say, Accept, but still metal.

I have to say I think I like that last cover best.  Here's the alternate cover for LAFS: 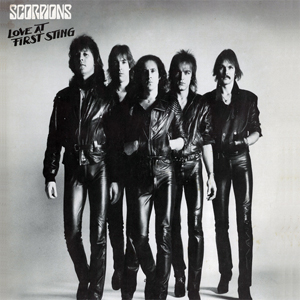 I bought this album back in '84, and it was okay, but not great. There have never been released a great Scorpions- album. They are, what I would call a singles-band, or a power ballad-band, right master Jon?

Yessir, my little bitch, especially during the 80's & 90's 'cause that's what sold. The early stuff is quite good, especially the Schenker albums and even eearlier "experimental" stuff like "Virgin Killers". With this album, they seemed to go for sales and then it began a downward trend with them. That's my opinion, of course.

Best Cuts besides the Mtv hits...

Not metal, in my opionion. Hard rock, melodic rock, but not metal.

And I disagree with Niels. "Blackout" is a great album. So is "Crazy World". This one featured here, and others, are not great, but very, very good. The greatest hits release from their early years, when Uli Jon Roth was lead guitarist, is also fantastic.

Even though I like this one, "Lovedrive", "Animal Magnetism", and one from around 2003 or so, called "Unbreakable" are better for me. But this is still good. I saw them quite a few times live, and they always put on a great show.

So, 6 replies here, one on Facebook.  The final opinion is that the Scorpions are not metal (5-2).

Ahh, the list is wrong. Our votes are correct!

Except I disagree with the vote.