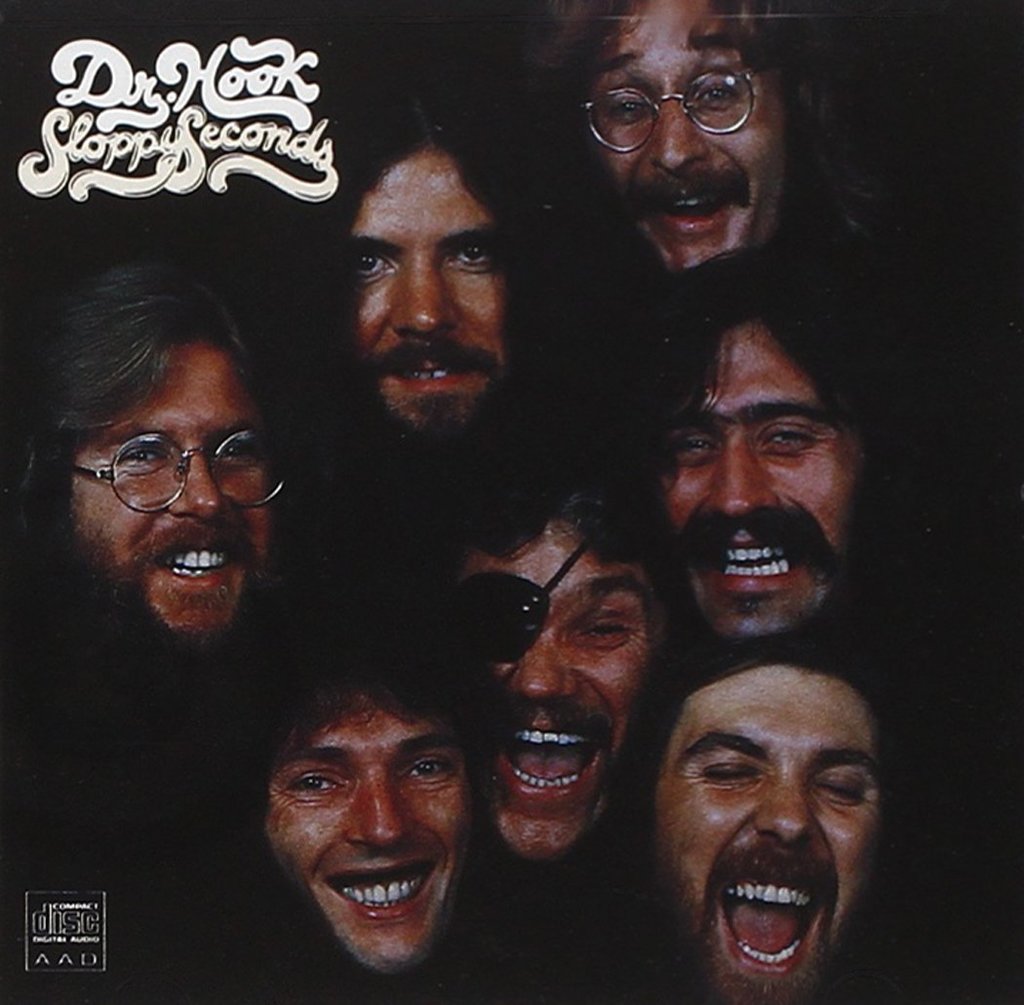 Disclaimer Number B: I do not condone the language or the subject matter contained within this album.

So this week we are getting a bit raunchy.  Your Album of the Week comes from 1972.  It's Sloppy Seconds by Dr. Hook & The Medicine Show.   There's not a lot about the album on the internet, and I've only owned it for a short time, so I'll share the one thing that Wikipedia says about it, it "was noted for it's crude sense of humor". It did hit 41 on the Billboard 200, so there is that as well.  I picked it up for $4.99.  And this album is awesome.

1. Freakin' At The Freaker's Ball

8. Queen Of The Silver Dollar

9. Turn On The World

11. The Cover Of The Rolling Stone

I don't know, if I have any "listen-time" for this album right now. I've got a lot of ideas...or some ideas about some albums, I didn't know of, by reading the "best of 2016"-lists from UNCUT Magazine, MOJO Magazine and others, and at the same time, I'm still in the middle of listening to Neal Morse and Metallica at the moment, but.....

I remember Dr. hook from back then, when "The cover On The Rolling Stone" was played at lot on the radio. I had/have a friend, who was/is kind of a prankster, and probably around 1973-74, the phone rang at my (parent's) house, I took the phone, and said "hello", and the very start of TCOTRS started, not the song, but the weird "talk". We both thought that was hillareous.

Otherwise, Hook was kind of the music my sister was listening to. Looking at the track-list, I know "Queen of the Silver dollar" as well, and probably others.

I though, like many others, for years, that the dude with the hat and one eye missing, was Doctor Hook, and the one who sang and wrote the songs, but I guess, that was far from the truth.

This is just nasty. I feel dirty just listening to it.

I get this vibe about a phone call to someone. Mother won't let the caller talk to the daughter. Awful song. Just gives me the heebie jeebies cause you know the caller will eventually go on some sort of psychotic rampage.

The fifth track is full of funky goodness. I like it, BUT IT MAKES ME FEEL DIRTY ALL OVER!

Actually, dirtiness aside, this was a fun listen. Now if I can only stop confusing Dr Hook with Dr John, all will be right in the world.

Kind of reminds me of Frank Zappa, especially with the dirty filth scattered throughout.

First Dr Hook song I remember hearing is "The Millionaire", my brother had the "Bankrupt" album and I liked it. Having more money than a horse has hair has always been a goal of mine.  Just sayin'

But my aspirations aside, Hook has always been a fun band, dirtiness and all.  What pre-teen boy didn't get into this?  But then they turned serious in 1978 with the Pleasure and Pain album, which  I owned on a cassette, which is actually quite good but very mellow.  At this stage of their career they did what worked best for them and that's the odd and funny, yet slightly dirty songs.

This is actually a fun listen, its like an every-other song is serious/fun/innuendo-laden...  Besides COTRT, Carrie Me, Carrie and Queen of Silver Dollar are still very familiar to me.

I think Last Mornin' is a terrific hidden gem.