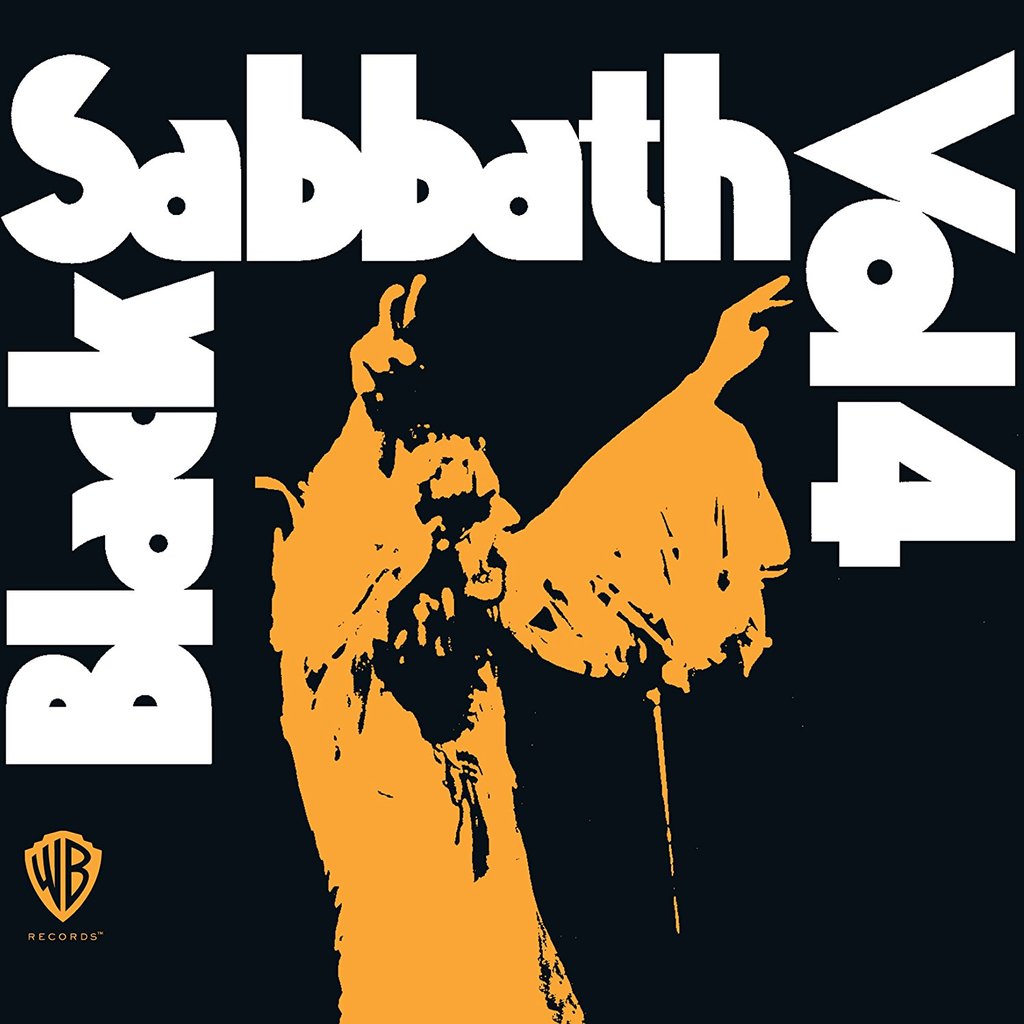 I got a lot of "I don't like it's" on last week's offering, so let's see if you ladies think any more positively of this week's selection.  It's Black Sabbath's 1972 release Vol. 4.  It was a Top 20 release in the United States and quickly went Gold, eventually attaining a Platinum certification.  Tomorrow's Dream was the lone single but it came up goose eggs as far as charting is concerned.

A boat load of the album's songs have been covered by other artists, including Overkill, Screaming Trees, Eminem (sample), System of a Down and Sepultura.  In case you're wondering, I've never heard any of those versions.

If you didn't already know, that's Ozzy on the album cover.

Apparently, the band members were very fond of cocaine during the making of this album.

Vol. 4 was the first Black Sabbath album that wasn't produced by Rodger Bain.

10. Under The Sun/Everyday Comes and Goes

I really did try to listen to the WASP post but I failed, I gave it the good old baseball try.  After 3 strikes I had to sit down, just not my cup of tea.

This on the other hand is a fantastic Sabbath record IMO.  I bought this out of the old 5 dollar bin at WalMart or Best Buy and was so disappointed in the mastering that I set it aside until I found the remasters on Amazon for dirt cheap and then I decided to refresh my Sabbath collection, and I'm so glad I did.  It sounded fresh and new compared to that version that sat in that "bin" of despair for years.  Allmusic tells me this is where the drug usage in the band could first be noticed.  Certainly the keyboard work must've been something of a shock for fans at the time, but I like late sixties feel they bring to the heavy riffs.

Supernaut is cool and heavy, one of my all time favorite Sabbath cuts!

Side 2 is straight ahead rock and roll, had it not been for the weirdly placed Laguna Sunrise it would have jammed straight through.  This is likely the Sabbath most like, but I loved the experimental almost proggy stuff on Side one.  Killer album for me though!!

I am actually a bigger fan of the Dio led Sabbath albums but this a really solid effort. This and Sabbath Bloody Sabbath is where their songwriting seemed to go up a notch. Sabotage is actually my favorite Ozzy led Sabbath album. Supernaut is a great song.

I did the same as Scott and had the original CD of this and finally picked up the remasters of this (and all the others) earlier this year cause the price was right.

I actually don't mind the keyboards. I find them refreshing and soothing. Nothing like being soothed by Black Sabbath.

I guess you kind of redeemed yourself with this. You know, having to sit thru WASP and Creed and whatever else I didn't like.

Note that you "kind of" redeemed yourself. You've still got a loooooong way to go.