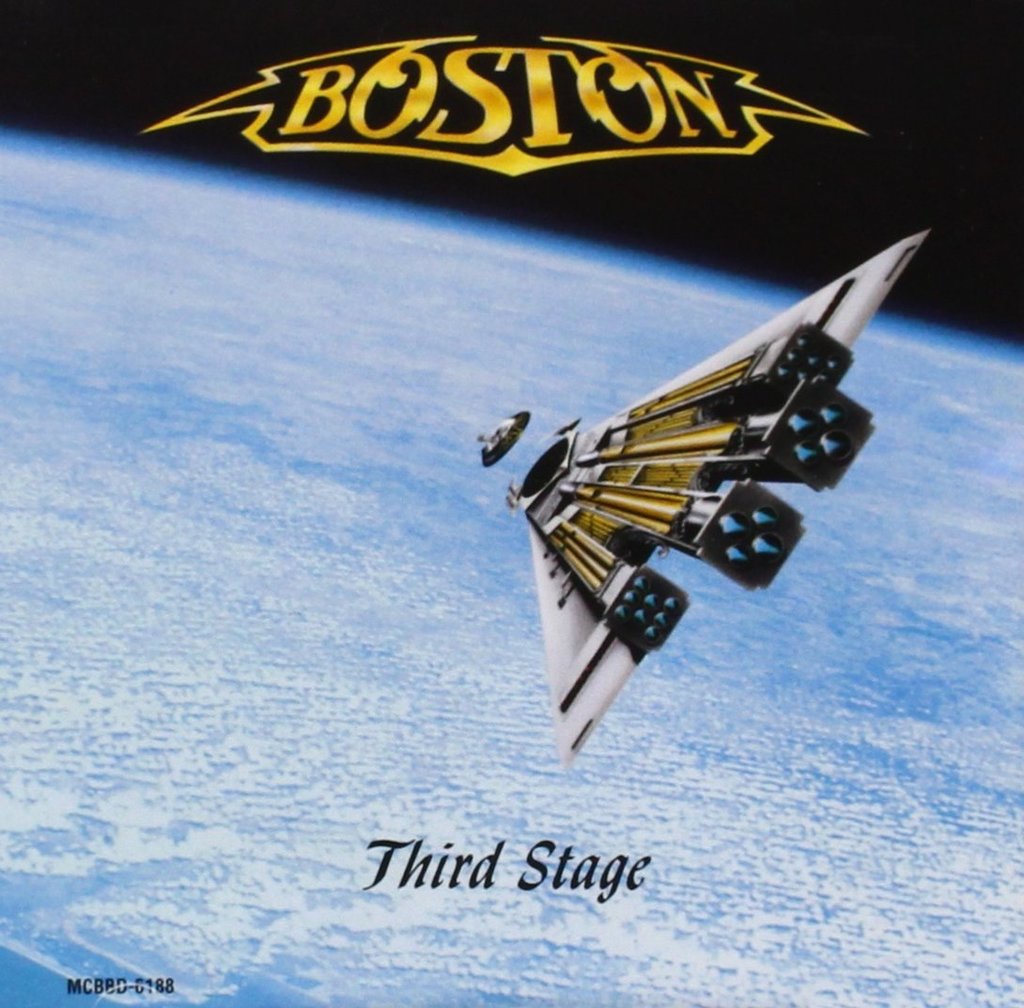 Eight years passed between the release of Boston's second and third albums.  That's a pretty long time.  But it's only been a week since the last CRB AOTW post, and this week's choice is Third Stage by Boston.  Released in 1986, the band's third offering was a pretty big deal.  It performed well, earning a 4 X Platinum certification from the RIAA and becoming the band's second straight number one album in the US.  I mean, 4 million in sales is nothing to sneeze at, even if that does follow a 7 million seller which followed a 17 million seller.

All of that being the case, I'd say Third Stage was really the beginning of the end for Boston.  Although the band remained active, the turnover was high and Boston without Brad Delp's voice has never appealed to me, though I must be truthful and say I've never given it much opportunity to do so.

Anyway, this album is relatively easy to find. Amazon has it used for less than 2 dollars before shipping costs are factored in.  It is most definitely worth that and would make a fine addition to your personal collection if you don't already have it.

I remember the hype when this album was released. And I was a bit underwhelmed, except for a song or two. It's kind of grown on me a bit but it's seriously in need of a remaster like the first two albums. I do like the followup, Walk On, more because it has that killer Walk On medley and also like Corporate America better than this. But, it's still a bit of a fun listen, actually had this going for a long while yesterday while I was working on some stuff. Still....remaster, please?