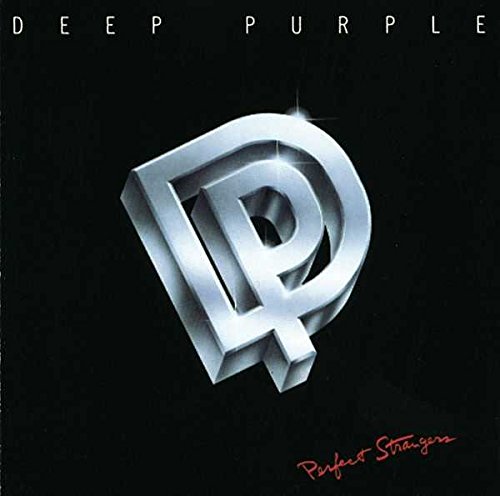 Notes: This is the band's eleventh studio album.  It is the most successful of the Mark II lineup (Gillan, Blackmore, Lord, Glover and Paice).  Perfect Strangers is only the second Deep Purple album to be certified Platinum by the RIAA.  The CD and cassette versions of the album contained an extra track called Not Responsible.  The song is one of the few Deep Purple songs to contain profanity, so listen with earbuds.  This is the remastered version with the bonus track Son Of Alerik.  This song was a b-side to the single Perfect Strangers.

It's still available, but a new copy is almost 18 dollars on Amazon.

1. Knocking At Your Back Door

9. Not Responsible (Only on cassette and cd versions)

18 dollars? Wow. I think I got this for much cheaper a few years ago.

Anywho, pretty good album. Song #5 is absolutely killer and I could never figure out why it wasn't included on one of their greatest hits discs. It was a single disc and they did have song #1 on it, but not PF. Then again, it does have the lyric, "to get into her pants you had to be the aristocracy" (or something like that) which is pretty funny BUT SHAMEFUL IN THIS DAY AND AGE.

Nice comeback for them.