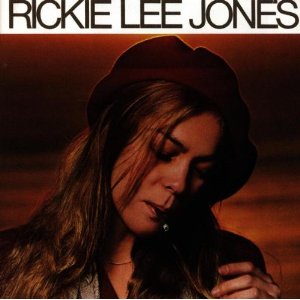 Song Of The Week: On Saturday Afternoon In 1963

This week I picked the debut from Rickie Lee Jones for AOTW.  The album reached number 3 in the U.S.and eventually went multi-platinum, while the hit single Chuck E.'s In Love climbed as high as number 4.  All of the songs were either written or co-written by Jones and she performed vocals, guitar, keyboards, percussion and horn arrangements on the album.

I bought this album to feature as AOTW, not because it was particularly familiar to me, but because I really wanted to bring in some artists that had not been touched on so far at CRB.  After listening to it twice now, I'll say that I think it's a decent album, though not great to me.  The best songs for me are Chuck E.'s In Love, On Saturday Afternoon In 1963, Coolsville and Company.  As you can see, I picked the second track as the "Song Of The Week".

So take a listen and let me know what you think.  There is definitely a mixture of styles represented here.

9. Weasel And The White Boys Cool

11. After Hours (Twelve Bars Past Goodnight)

You know, she was living with Tom Waits, at the time, this album was made. "Chuck E.'s in love" was actually a sentence, Wait's said to her after a phonecall, from...well, Chuck E. I think, they had a few beers together, back then, she and Tom.

Havent listened to it all yet, but I did like the Carolina Panther colors you selected for the player!  Nice touch!

I remember Chuch E's In Love when it was on the charts.  I also remember not liking it.  I didnt get the appeal of this style.  Ive mellowed with age and I will admit there is soem interetsing tunes on here.   Heck, even Chuck E sounds better with age, but I still dont get its appeal and this style.

This is what my minds eye see's when I hear this...

Ricki Lee on a stool, band behind her, large screen displaying fractals as the backdrop.  Audience sitting Indian style (or is it Native American style nowdays?)  Everybodys stoned as Jones gently sways back and forth sluring her lyrics...  By the end of the concert everyones laying down and all you hear is a bunch of weird yoga-like ohms and moans..  She starts up Chuck E's In Love for her encore, and all the people think, "I didnt know she sang this"...

This is just OK for me, but seriously not my thing man!

This was ok, but kind of started sounding the same after awhile. Not bad, but not something I'll listen to again I think.