In 1997 Brian Howe released the solo album Tangled In Blue and I'm not positive but I think it disappeared about as fast as the movie Gigli did from movie theaters. I actually didn't even know it existed until I heard about Circus Bar coming out. I got that CD and found it to be more of a pop album with a few guitar riffs thrown in. I didn't think much of it.

Now the former Bad Company lead singer is back with his second solo offering and he brings the rocking down quite adeptly.

The album contains an essay from Howe with the story behind the making of the album. And while this album is defined by his voice, this was a heavy collaboration with Brooks Paschal. He co-wrote 8 of the songs on the disc as well as did the producing and engineering. Paschal also played guitar, bass and provided backing vocals. The collaboration works well as Circus Bar has a far more aggressive rocking sound to it. Of the guest appearances on the CD, guitarist Pat Travers stands out.

The album opens with a kick in the pants rocker called "I'm Back". The lyrics as well as the song title serve as a statement of fact to the listener that Brian Howe is indeed back in action.

Howe acknowledges his most recent musical past with new versions of the Bad Company songs "How About That" and "Holy Water". The former is a good straightforward cover, while the latter reworks the tempo and arrangement. Normally, I am not a fan of significantly re-working songs when you cover them. The song goes from an electric rocker to a contemplative piano based track. "Holy Water" is one of my favorite Bad Company tracks and this new version is simply outstanding.

The little snippet at the end of the album "Little George Street" was a waste of time and the power ballad "I'm Surrounded" was weak.

The lyrics on some songs really rise above. "Flying" touches on the loss of a loved one. The song was inspired by the near loss of Howe's own mother during the recording of the album. The slow pace of the song was perfect.

"How It Could Have Been" is from the point of view of someone trying to understand a break up. The faster paced "My Town" is an ode to a childhood hometown and all the things one did or might have done there.

I really liked "If You Want Trouble". The rocker finds Howe sounding really aggressive, to the point where his vocals are a bit screaming in spots. The last main verse is more spoken word than sung.

Not wanting to be confused as any kind of softie, I have to admit that two of my favorite songs on the album revolve around the theme of love. "There's This Girl" is uptempo with a good set of lyrics and a hot guitar solo.

And then you have the ballad "What Am I Feeling". If you have ever found yourself in a situation where you wanted to say something to the object of your desire and been unable to find the words, check out the lyrics to this song. Brian Howe has pretty much done the work for you. It is a magnificent song.

I know that there is a faction of Bad Company fans that didn't like Howe's work with the band but I found him a great addition to the band. I'm a big fan of his voice and I'm always happy to hear him coming through my speakers.

It has been a long time between solo albums, but with the bar set high with the release of Circus Bar, I can only hope it won't be more than a decade before the next album comes out.

This is a great rock and roll album. 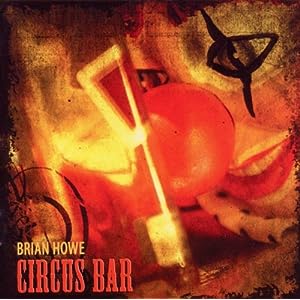 Tage, youve created a buzz...  I gonna see if my marketplace has this and sample it...

Permalink Reply by TageRyche on January 24, 2011 at 7:03am
Well be sure to let me know what you think of the disc.