This review was written for the Rock Is Life.com website in 2006.

Michael Kiske's first solo album from 1996 has been reissued with 4 bonus tracks.

The album features a mix of really good songs. I loved the three hard rocking songs "The Calling", "New Horizons" and "Hunted". There's a real move towards the more melodic sound of rock that Kiske is immersed in now, ten years later. Two ballads are standout, which really surprised me. "Always" is a piano based ballad that really surprised me with how good it was. It felt like something I'd hear on one of those adult contemporary stations that are the standard workplace music.

The closing track of the original album "Do I Remember A Life?" starts out slow and becomes a lengthy power ballad with a long piano fadeout. The four bonus tracks are all strongly rooted in an acoustic guitar sound. "A Song Is Just A Moment" has some nice introspective sounding lyrics. "I Don't Deserve Love" has a guitar line that initially had me thinking Michael Kiske had gone country. The remaining two tracks ("Sacred Grounds" and "Can't Tell") were also well crafted.

The lead track "Be True To Yourself" seems to have the music high enough in the mix that it drowns out Kiske's voice in the lyrical verses. The chorus is high enough that the vocals rise above the music again. However, it is also rather one note and becomes irritating over the course of the song.

Two songs ("Thanx A Lot!" and "So Sick") felt like they had a '70's rock vibe to them. The former has a rather goofy sound to it and the vocals have distortion effects on them through most of the track. Neither song was all that impressive and "Thanx A Lot!" had me thinking at first that it was some sort of novelty song. The ballad "Burned" features a vocal delivery that is very soft. It was not to my liking at all.

I was aware of this album when it first came out in 1996 but was never able to afford it. Now that I've heard it, if this album was a book it would've been subtitled "Portrait of an Artist in Transition". It is a great mixture of musical styles from his hard rock and metal past to his passage to a more melodic sound.

Kiske's vocals stay intact, the man can sing his butt off. The album does feature some rather terrible cuts, but I would say that overall this album turned out surprisingly well. My one regret is that Kiske comes across in interviews as being rather denigrating to his past works in favor of his current musical direction. I believe in the idea of musical progression, but I think it should come with an embracing of the past not running away from it.

The first of the four bonus tracks, "A Song Is Just A Moment" was originally released on the Japanese version of the album in 1996.

Former Helloween / current Gamma Ray guitarist Kai Hansen and Iron Maiden guitarist Adrian Smith each played on the CD. They also co-wrote some of the material.

Michael Kiske was part of the group Supared that released a self-titled album in 2004. His first band, at the age of 16, was called Ill Prophecy. 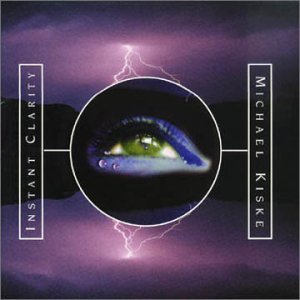