Los Angeles, CA - The man who forever changed the sound of rock 'n' roll when he invented distortion, Kink's legend Dave Davies, has recorded a brand new solo album of all original material! To be released on Cleopatra Records on June 4th , 'I Will Be Me' features guest appearances by The Jayhawks, Anti-Flag, award winning UK blues guitarist Oli Brown, Chris Spedding, US stoner rock band Dead Meadow, Aussie rockers The Art, Geri X and others! In support of Dave's new album release, a special engagement of Live performances in New York and Los Angeles are scheduled for the end of May to mid-June! (see below for complete list of shows)

Dave Davies founded the Kinks in the early 1960s and forever changed music after he sliced up the speaker cone of a little green amp and created a revolutionary, distorted guitar tone and frenetic solo on the song "You Really Got Me". Musicologist Joe Harrington described the Kinks influence: " 'You Really Got Me', 'All Day And All Of The Night' ... were predecessors of the whole three-chord genre ... The Kinks did a lot to help turn rock n roll into rock." In 1998, writer Bill Crowley wrote, "As lead guitarist and founder of The Kinks, Dave Davies is one of the most unpredictable and original forces in rock, without whom guitar-rock styles including heavy metal and punk would have been inconceivable. A member of the Rock & Roll Hall of Fame, Dave's massive guitar sounds have inspired bands from Van Halen to Green Day."

Dave's new album 'I Will Be Me' is a return to his groundbreaking guitar sound and innovative songwriting. His classically English voice shows off a new depth but still hits his famous high notes in this collection. The hard rocking track "Livin' In The Past", takes a look at obsession with all things retro but, ever the Mod, Dave surprises with the lyric, "No matter what they do or say, the future's here to stay!" He takes a look back with "Little Green Amp", a playful, punk homage to days when his jagged, blues driven sound wave ripped ahead of the British Invasion through stereos the world over. "Cote du Rhone (I Will Be Me)", an uncensored look at ugliness in the world today, is as angry and biting as any song in Dave's repertoire with an innovative yet heavy slide guitar tone. Soothing lyrics and sounds of Jonathan Lea's sitar playing on "Healing Boy" show Dave's sensitive side. In a recent radio interview he said, "Rock music is a positive force for good." This hopeful and optimistic vision manifests and bridges themes personal, social and universal in 'I Will Be Me'.

Since the early days, Dave Davies has worked on a slew of critically acclaimed records, ranging from solo hit single "Death of a Clown", to experimental Kinks records like 'Village Green Preservation Society' and 'Arthur' as well as the classic single "Lola" in the '70s. In the '80s Dave released experimentally prescient solo work like the eponymous album titled 'Dave Davies' or 'AFL1-3603' named after himself and/or the barcode symbol face cover art. His mainstream success continued in the 80s on hit Kinks albums 'Low Budget' and 'State of Confusion'. In the '90s he released more solo work such as 'Bug' and the compilation 'Unfinished Business'. His songs have been featured in films by John Carpenter and on TV shows like 'The Sopranos', which used his tune "Living On A Thin Line". His tell-all autobiographical book 'Kink' was well received in the late '90s as well. In recent years, Dave has collaborated creatively with his sons. In 2010 he worked with son Russell Davies to create the hauntingly, beautiful rock electronica album, the Aschere Project. The film 'Mystical Journey', directed by son Martin Davies, narrates Dave's longtime interest in the paranormal, Eastern philosophies and spirituality (the film inspired Julien Temple s BBC documentary 'Kinkdom Kome'). No matter how diverse the ambition, Dave Davies puts his heart and soul in all of his projects.
Tracks include:
1. Little Green Amp
2. Livin' In The Past
3. The Healing Boy
4. Midnight In L.A.
5. In The Mainframe
6. Energy Fields
7. When I First Saw You
8. The Actress
9. Erotic Neurotic
10. You Can Break My Heart
11. Walker Through The Worlds
12. Remember The Future
13. Cote Du Rhone (I Will Be Me)
Dave Davies tour dates:
May 27, 28 & 29 - City Winery - New York, NY
May 30 - The Bull Run - Shirley, MA
May 31 - Infinity Hall - Norfolk, CT
June 1 - Musikfest Cafe - Bethlehem, PA
June 2 - The Arcada Theatre - St. Charles, IL
June 6 - Sainte Rocke - Hermosa Beach, CA
June 7 - Coach House - San Juan Capistrano, CA
June 9 - The Canyon Club - Agoura Hills, CA
June 11- Del Mar Fairgrounds - Del Mar, CA
More dates to come!
CLEOPATRA LABEL GROUP
11041 Santa Monica Blvd #703
Los Angeles CA 90025
www.CleopatraRecords.com 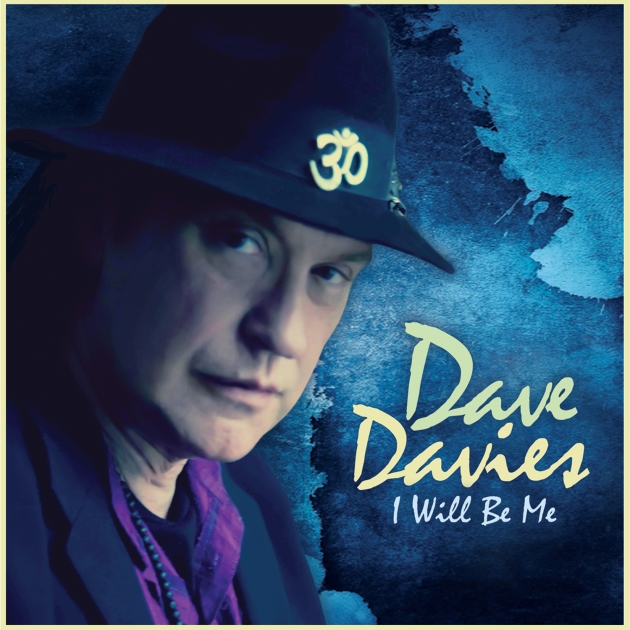 I saw this a few weeks ago, it will be mine in a couple weeks!

The main portion of the text posted here is black, so you have to highlight the content to read it, but its worth the effort, I am not a Kinks fan but I knew a few on here who will be very interested.  Maybe we'll get a preview in an NMC as well?

no problem, has happened to all of us who post on here.  Boss man (RJHog) decided to go with this color scheme so we just adapt and keep going.

Heres what I do when I am copying content from another site...  I usually copy it and paste it into Windows Notepad first, because that strips the text of all formatting, and then copy it again and paste into CRB.  Then any formatting you want to apply using the NING tools works great everytime!

Awesome!  Thanks for doing that!