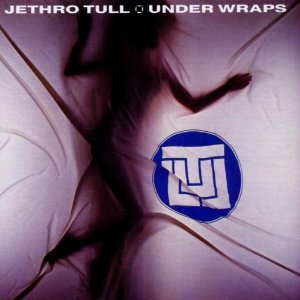 There's been a lot of debate on why Jethro Tull's 1988 album "Crest Of A Knave" won the Grammy for Best Hard Rock/Heavy Metal performance. I'm here to tell you why. Or, to be more specific, for you to LISTEN why.

1984 saw the release of "Under Wraps", an album about the Cold War. Compared to the previous album, "The Broadsword And The Beast", this album got lots of folks scratching their heads. What happened?

I got this album when it first came out, maybe listened to it once. This year I found a cheap set which included this album and thought I would give it a second chance. Sadly, it's still bad. What's even worse is that the original album had 11 songs while the CD version now has 15 tracks which includes b-sides and bonus tracks. It really makes this album that much worse.

Listen to this album and "Crest Of A Knave" back-to-back. Obviously someone was smart enough to give them an award for not continuing on the "Under Wraps" path.

Hey, maybe they should have kept this album "under wraps". Get it?

Availability: If you really want this album, I recommend you get the 4 CD set which includes this album, "A", "The Broadsword And The Beast" and "Crest Of A Knave", all remastered. Total price is around $18. 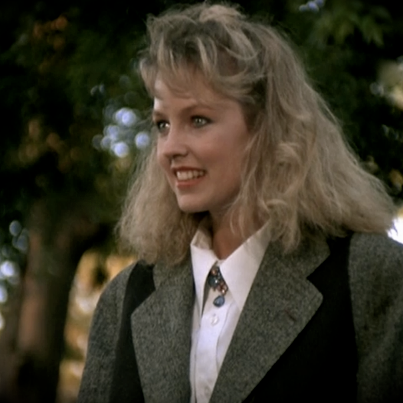 For me, "the great Jethro Tull-era" ended in 1979, with the release of the double live-album "Bursting Out". On that album was, what I would call the classic JT-line up, including the great drummer Barrymore Barlowe. I can't remember how many were left around the time they released this album and COAK, one of them had died, that much I know. Something also happend with Anderson's voice in the beginning of the 80's, I can't remember what, but the sound of classic JT was no more in the beginning to mid-80's, and I didn't really care for their new sound. I would probably agree with Scott, and say that JT after 1980 is pretty much....ZZZzzzzzzzz

Is that the "Valley Girl" girl?

It most absolutely is.

uh...  The very first thought I had (not even kidding) is this sounds like that Men Without Hats band (remember Safety Dance anyone?) - and that's not a good thing in anyone's word!

Second song conjures up visions of the Beverly Hills Cop soundtrack, you know that Bob Seger tune he did for that movie?  Yuck!

True to Tull album form, the third track I found myself totally drifting off and not listening at all.  When I refocused, I only wished I hadn't.

Jon, I cant make it through this one.  Sorry, but I'mm TUlled out.  No More please!!!

That's great and I'm sorry. Sorry that you still have 12 more tracks you have to listen to. Did I say this album is bad?

I actually thought the first 4 songs were quite decent.  But it did suck after that.

At least you listened to the whole thing in all its sucky glory.

Yep, it took a while to get around to it, but I did it.

Wonder if it made you sick again...