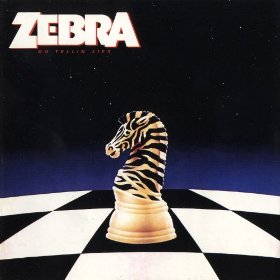 As promised, the journey continues with Zebra and this week we have the sophomore release "No Tellin' Lies" which was released in 1984.

Most reviews state that this is a step down from their first album which, in a way, is. However it's not a huge step down since there are quite a few quality songs contained within. C'mon, "Who's Behind The Door" from the first disc is a hell of a great song and it would be hard to top that.

Forget the reviews. Pretend you've never heard the first album. Just wipe it out of your head. Listen to it with a clean mind.

Nothing else to say. Just listen. 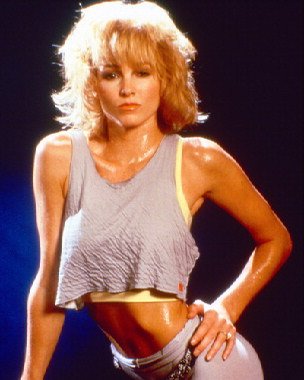 Crap!  I was gonna listen to this but my computer or either my internet connection is screwed.  I guess this will have to wait until Monday.  But guess what?  I just found this on vinyl this morning downtown for a buck.  It's in really good shape too.

So after two Zebra albums, I'm quickly forming the following opinion regarding the band:  While they are talented musically with a decent vocalist and although I don't hear much of anything unpleasant, I have yet to find why everybody thinks they were the next big thing that somehow missed the boat.

Below are a few observations on this album:

So after two Zebra albums, I'm quickly forming the following opinion regarding the band: "eh..."

I'm not getting the likability of the high pitch vocals, its more distracting than anything.  And RJ's right, track two is pure filler.  Track three is OK, but lyrically this gets really silly.  "The only sound in the forest is the sound of snow CRASHING to the ground"...  hmmm....

I am thankful for 80's bands that break into cool geetar solos.  These guys are really solid musicians, but that's where it kind of stops being positive.

So heres my final statement on Zebra...

Did you see what I did with the song titles?  Did ya?  Pretty creative!!

Keep your pen handy. You'll have about 50 more to go thru, so you'll be able to write a novella!

Permalink Reply by scottdawg on March 11, 2013 at 9:52pm
So y'all had me listening to zebras first album today and I will be listening to no tellin lies tomorrow. I like this album, but like many second albums its not quite as good as the first...wait until the summers gone is a great opening track with the hard guitar and pounding drums..I have always liked bears, nice little change...lullaby was dedicated to John Lennon and I like the flow of the song...no tellin lies is a nice title track. Go back and listen again to but no more...I really like that one..agree that the last two are fillers...I remember waiting for this album to come out and I thought the zebra chess piece was cool ( hey it was 1984 ). To me, a good solid album..but the next album. 3.v was really good to me

Well, at least there's two of us with class here!  3.V is coming up later this week!

Permalink Reply by scottdawg on March 12, 2013 at 9:24pm
Hey Jon..can't wait for 3.v...listened to it today for the first time in a while and it was as good as I remember...I also listened to the live album!