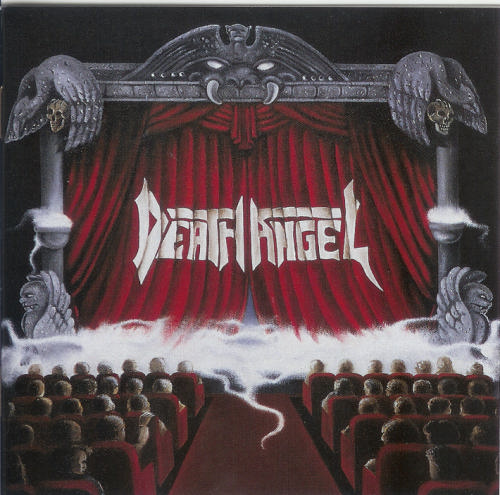 After a few minutes of thinking, I decided I would join in, but I would play a waiting game. An album was picked, loaded, titled and was ready to go. Yet the posting would have to wait because I wanted to see what the other deer would post.

This morning I awoke, feeling refreshed and raring to go. Outside. To shovel snow. It was quite exhilarating, I must say. Could have used the snow blower, but find it more fun to actually shovel. After that I was going to go back to bed, but decided to see what a little doe had posted.

Out went my first post, and back to the music room I went. I had to find something a bit more heavier, since that's the way I roll. Part of me wanted to post something really evil, heavy and dark.

I came very close to posting something from 1982 which, according to allmusic, was "influenced by the heavy intensity of Motörhead and the visual flash of Kiss", a band that was "a seminal influence on the evolution of thrash and black metal".

Yet something held me back. Probably something to do with it maybe being too "heavy". Too dark. Too evil. I didn't want to be responsible for the music to cause someone to do something like slaughter bugs. That would be wrong.

Enter Death Angel and their 1990 release, "Act III". Heavier than the AOTW? Could be. More funk than the AOTW? Yep. A few mellow pieces so your ears don't collapse into themselves (if that's possible)? Most assuredly.

Let's grab the bio from allmusic so you know who these lads are:

"San Francisco's Death Angel was a product of the bustling Bay Area thrash metal scene of the 1980s. Combining serious guitar crunch and speed with a fair amount of technical expertise, they created complex thrash metal filled with time changes and tricky arrangements that, although generally loved by critics, usually failed to translate beyond a very specialized buying public. But Death Angel weren't just a band, they were family. Formed in the early '80s by cousins Mark Osegueda (vocals), Rob Cavestany (lead guitar), Gus Pepa (rhythm guitar), Dennis Pepa (bass), and Andy Galeon (drums), the band was also precocious, having recorded their 1986, Kirk Hammett-produced "Kill as One" demo while still in their teens. In fact, drummer Galeon was only 14 when Death Angel issued their first album, 1987's astoundingly mature The Ultra-Violence via Enigma Records. The following year's sophomore Frolic Through the Park offered a few slight refinements, most notably in the uncharacteristically humorous and accessible single "Bored." Signing with the Geffen Records hit-factory the following year seemed like the next step towards certain stardom, and Death Angel left nothing to chance with their third album, 1990's superlative career highlight Act III. But despite benefiting from more sophisticated songwriting, greatly improved production, and an extensive world tour to support it, Act III somehow fell short of both band and label expectations. Fall From Grace, a carelessly assembled live album released by Enigma later that year, proved both ill-timed and morbidly prophetic, when Death Angel were involved in a horrific tour bus crash in Arizona. Galeon was severely injured, enduring a year of rehab during which Osegueda decided to quit music and move to New York. As for the remaining members of Death Angel, following Galeon's recovery they re-named themselves the Organization and released two albums in the early '90s through Metal Blade -- Cavestany also handling vocal duties -- before breaking up in 1995. Numerous projects followed until 2001 (most notably Cavestany, Osegueda, and Galeon's late-'90s group Swarm), when Death Angel reconvened to perform at a San Francisco benefit concert for cancer-stricken Testament singer Chuck Billy. This, in turn, led to sporadic European festival appearances and U.S. club tours that encouraged the classic Death Angel formation to reunite more permanently. Signing with Nuclear Blast and bringing in new rhythm guitarist Ted Aguilar, the band released their long-awaited fourth album, The Art of Dying, in 2004. The Archives and Artifacts box set arrived in 2005, collecting a few out-of-print albums and rarities, and was followed in 2008 by Killing Season, a collection of all new tracks recorded at Dave Grohl's Studio 606. Shortly after the release, bassist Pepa left the band, replaced by Sammy Diosdado, an active player in the Bay area hardcore scene at the time. Just months later, drummer Galeon also left the group, leaving Cavestany as the only remaining founding member. Galeon was replaced on tour with drummer Will Carroll and work began on 2010's full-length effort Relentless Retribution. The group followed it in 2013 with The Dream Calls for Blood."

And there you have it. Also note that the album cover I posted is bigger than the one on this week's AOTW. That makes it more metal.

I believe you recommended this to me a couple of years ago.  And I picked it up, but I haven't yet listened to it.  Now is my chance.

Didn't I just not like these guys in NMC?

Dang, had some stuff typed and the battery died.

This is great.  Here's my checklist:

Clean vocals.  And by clean I mean no CM vocals, and I can understand what he says.  Nice vocal mix.

Great drumming without that double bass crap.  This drumming is very aggressive without resorting to that.

Terrific geetaring.  For example, the song Discontinued is phenomenal all the way around.  And that one little part reminds me of the theme to Seinfeld.

Best LFAOTW so far this year.

This would be classified as Metal to me...  Now whether its good metal or bad, that is yet to be heard because their new one that was posted in NMC was bad!

This is off to a better start than the new crap, I mean stuff, but its still not in my realm of likability...  The title of #2 sums up my feelings exactly!  Stop!  Feels like a "heard one, heard 'em all " kind of band...

Appreciate the diversity of posts and the new listening experiences, but sometimes a band is just not a good fit - Death Angel goes into that bucket for me... 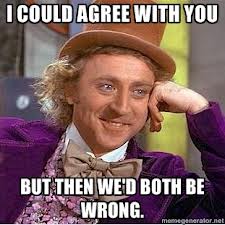 So you are stuck on a deserted island and you are told you must listen to one of two choices of bands, Death Angel or The Smithereens.  Which one does Scott choose?

For me, I enjoyed this much better than I thought I would. Not quite good enough to purchase, but still an enjoyable listen. I'd buy it if I find it for a good price somewhere.

Best songs to me were, surprisingly, track number 6 "A Room With A View". Slow number with acoustic guitar, but the electric lead over the last 60 seconds of the track is really, really good, featuring some really cool volume swells.

Also dug track 7, "Stagnant". Some killer guitar riffs, with lots of timing and riff changes. And some definite funk on a metal album! Pretty cool.

And track 9, "Disturbing The Peace" has some great riffage and time changes.

Much better than I thought it would be!