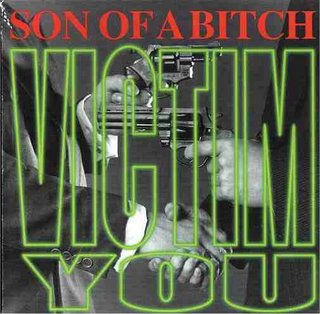 Son Of A Bitch!

Hold on a minute. Don't freak out and run to the internet police. Don't write a letter to your congressperson claiming that your impressionable child (or adult) read those words and then used them during the most inappropriate time, bringing shame to you and your family and how that has now made you the laughing stock of the neighborhood and now you can't go out in public any longer due to the "shame".

For one thing, you probably already were the laughing stock of the neighborhood due to your reliance on wikipedia. Second, it's the name of a band.

Want proof? Let's get some info about who Son Of A Bitch were from allmusic.com:

"Though they originally formed in the mid-'70s, Barnsley, England's Son of a Bitch wouldn't record their first album until 1996. The reason for this being that they merged with another local band in 1977, changed their name to Saxon, and went on to become one of the most enduring icons of the New Wave of British Heavy Metal, with over 15 albums to their credit. But by 1995, Son of a Bitch founders Graham Oliver (guitars), Steve Dawson (bass), and Pete Gill (drums) were all out of Saxon, and decided to finally resurrect their original moniker with the help of vocalist Ted Bullet and guitarist Haydn Conway. Shortly after the release of their album Victim You the following year, the band once again changed their name. This time, in a blatant attempt to piss off their old mates, they re-christened themselves Oliver-Dawson Saxon and have toured sporadically ever since."

Nah, go ahead and write someone. I need the laugh.

"Guitarist Graham Oliver wasted little time getting back to work following his rather unhappy departure from New Wave of British Heavy Metal legends Saxon. After reuniting with other disgruntled former members Steve Dawson and Paul Quinn to form Son of a Bitch (ironically, the name of their first band back in the mid-'70s), the group released their first album, Victim You, in 1996. As one would expect, the two bands bear more than a few similarities. But Son of a Bitch generally avoids Saxon's more traditional metal approach in favor of a gritty hard rock sound, made more distinctive by the gruff, Southern rock-type vocals of singer Ted Bullet -- quite similar to Blackfoot's Rick Medlocke. And though he occasionally commits severe lyrical transgressions like the double -- no, more like quadruple-entendre of the absurd "Driving Sideways" -- the frontman usually manages to hold his own among such seasoned veterans. Edgy rockers like "Bitch of a Place to Be" and "Treacherous Times" religiously obey the time-honored laws of classic rock through their excellent combination of melody and power; while top-notch headbangers like "Past the Point" (very reminiscent of Dio's "Don't Talk to Strangers" and "Old School" feature nods to more contemporary '90s stars like Alice in Chains. Ultimately, Victim You packs few surprises, but its overall high quality material is definitely one of them."

With the exception of "Drivin' Sideways", this is a very solid album. That song is just too silly. The rest of the album is quite good, very nice geetaring™ throughout. Maybe a bit out of place for 1996, this would have fit in perfectly in the early 80's. Still, the band is tight and it sounds like they're having fun. That's all that matters.

Availability: The Angel Air remastered version runs around around $13 and comes with a bonus track. The album cover is different than the one shown above.

Okay, I'm tired of writing comments on every song.  This is a bit above average.  Decent vocals and guitar.  A worthy post I'd say for LFAOTW.

After one listen through, I'm digging this. Some excellent guitar, and pretty decent vocals to me. Favorite tracks so far is track 1, "Bitch Of A Place To Be", and track 10, "Evil Sweet Evil".

I definitely hear the .38 Special comparison, and the Poison comparison RJHog mentioned. The main riff to track number three, "Past The Point" sounds very similar to a riff from DIO...."We Rock", I believe.

BUT...in spite of the comparisons to stuff done and heard before....I still dig this. Will definitely listen to this often.

Jon, if you have to delete more stuff to have more space later on, how about leaving this one up for a while? Delete something not that good....ummm...you know....like....ummmm.... Toto....

Toto is LONG gone. It's generally a couple months after the post that I remove something.

Permalink Reply by Alan Christensen on June 1, 2014 at 10:22pm
There is also always Oliver Dawson Saxon. There is a Saxon tribute from Dwell records that isn't half bad either. 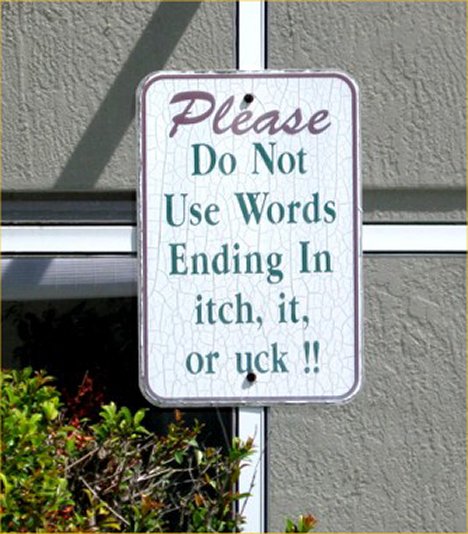 Got in an accident today, my truck ended up in a ditch. I threw a fit.

Opening riff sounds like Ratt except slower... And the singer sounds like a poor man's Storace.  1996... No Sh**?!  I would've guessed 82.  Now look and see what all this cussing has done?  You've done made me go and say things I'd never ever ever say in real life!

Past the Point is a speedier Ratt riff,  Guitar work is pretty good too, not really that bad musically, but singer issues are causing listening enjoyment issues.

Besides being 14-15 years too late and a really stupid band name (their mothers must be so proud!) its really not terrible...  not unique, not great, but not terrible.

So, you're NOT a Son Of A Bitch