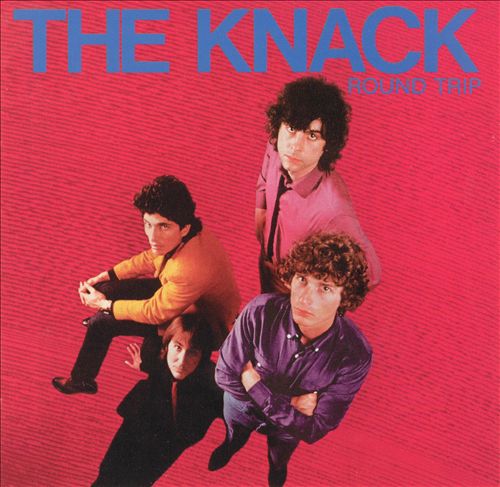 It must suck to be the Knack. First off, there was the huge unexpected success of their debut album, Get the Knack, followed almost immediately by the equally unexpected career-damaging "Knuke the Knack" underground campaign. If that wasn't bad enough, their superior sophomore release, ...But the Little Girls Understand, was universally and unfairly dismissed as an inferior rehash of the debut. After such a tumultuous two-year roller coaster ride, the boys in the Knack took a well-deserved breather. When their third album, Round Trip, emerged in 1981, Doug Fieger and the boys in the Knack had matured ten-fold and had created their best album to date. Produced by Jack Douglas, Round Trip had more musical layers than any Knack album before (or since). "Just Wait and See," "Radiating Love," "Boys Go Crazy," and "She Likes the Beat" were instant Knack classics, but with more skin and bone. "Lil' Cal's Big Mistake" could've been an unreleased Blood, Sweat & Tears track. "Africa" was Weather Report on pop-flavored steroids. "We Are Waiting" and "Sweet Dreams" sound like outtakes from the last John Lennon sessions (Douglas produced Double Fantasy). Two of the Knack's best tracks are here, and both are worth the price of admission alone. "Pay the Devil (Ooo, Baby, Ooo)" is a beautifully haunting ballad while "Another Lousy Day in Paradise" is the Knack's entire musical essence squeezed into one three-minute pop song. Brilliant. A few weeks after this brilliant album was released (to poor reviews, it should be said), the Knack split up. While they were at their creative high, they were at their commercial and critical low. Again, it must suck to be the Knack.

I'm so glad you posted this.  I have never heard an album by the Knack other than Get The Knack.  But this album is really cool.

Africa is badassary to the nth degree.  And Just Wait And See is really good as well.  Then comes Lil' Cals Big Mistake.  Geez, that song is killer.  And the guitar at the end.  How has Cheap Trick never covered Sweet Dreams?  And I can't fail to mention the ballad Pay The Devil.  Stellar.

This is a great post, I'd love to have this album.