Disclaimer:  The CRB Staff decided to limit the number of releases that we feature each week in this column to 2, mostly to keep from overloading everybody with stuff to listen to.  The rules, luckily, are made of an easy to bend substance, so I'm bending them and featuring 3 albums.  However, to split the difference, I'm only including 4 songs from each release. 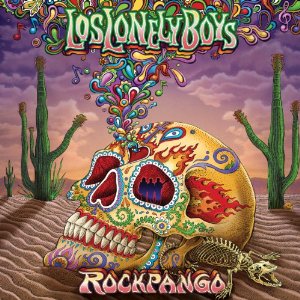 Hailed by All Music Guide as 'one of America's premier rock bands,' Los Lonely Boys expand and enhance their trademark all-embracing Texican rock'n'roll sound on Rockpango, the band's fourth and finest studio album yet. Continuing to creatively draw from and meld blues, rock from classic to modern, soul, their Latino heritage and even snippets of hip-hop, jazz and more, they display greater assurance, creativity and sophistication than ever on their new disc while continuing to offer infectious music that goes straight to the heart. The stuff that made Los Lonely Boys stars- luscious brotherly vocal harmonies, potent songs with unshakeable pop appeal, irresistible grooves and Henry Garza's masterful guitar work's are in full abundance on Rockpango. It's a great leap forward by one of rock music's finest groups. 3.  Tales From The Crypt

2011 release, the sixth album from the Heavy Metal outfit. Wolf presents razor sharp vocals that burn the lyrics in your head and classic guitar solos that melt your face off. 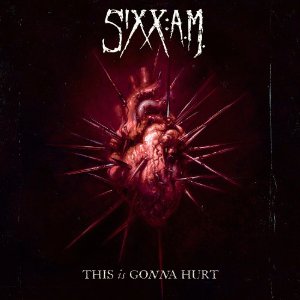 1. This Is Gonna Hurt

Sixx:A.M. is a hard rock band from Los Angeles, California, formed in 2007 by Nikki Sixx, DJ Ashba, and James Michael, and is the side project of Sixx, who is also the bass guitarist for Mötley Crüe.

I have to say that at this time last week, I was ready to blast this album into oblivion.  I felt like it should have been heavier and less radio friendly, especially with a title like This Is Gonna Hurt.  There's even a country song on the album, at least it sounds like one to me.  But now that I've listened to it several times, I've done a complete 180.  Don't get me wrong, it is radio friendly.  Almost an attempt to play like Nickelback.  However, the tunes are quite catchy, and I've put up my 4 favorites.  Out of the 11 songs on the album, I strongly like 8-9 of them.  I'm even starting to like the country song.  As a matter of fact, I'll post, as a bonus, a player with just that song.  We'll see what you all think.  I don't really expect anyone to necessarily agree with me, but you can decide for yourself.

***Click this link to hear the bonus track, Sure Feels Right***

LOS LONELY BOYS (one of the worst band-names, I've EVER heard!!) - THUMBS almost DOWN

This sounds like some local bar-band from somewhere in the states, and it's definetly NOT american music that I like. That is, the last two tracks are okay.  "Rockpango" sounds a bit like Deep Purple. "It's a great leap forward by one of rock music's finest groups"

This is a LITTLE better than LLB, but the singer annoys me. He sound like a bad Bruce Dickinson impersonater (is that spelled right??). The band sounds very much like Accept, but it's all something you've heard 1,000,000,000 times before. Best song imo is  "Skull Chrusher" (Ha Ha Ha, what a title!!) Guitars sounds okay, though!! By the way, are'nt they from Germany???

My favorite track is "Live Forever". I'm not so sure about "Sure Feels Right", though. It reminds me of some song, but I can't remember right now, what song, but it's not a GOOD one!! But overall, it's a "Thumbs up" from me!!

"Without giving too much away, I would not spend any more time looking for it if I were you..." That'll teach me, huh?!!

Permalink Reply by RJhog (Admin) on May 13, 2011 at 8:01am
I'm telling you, it was a complete 180 on my part.  I hated it when I wrote that line you quoted.  But then something just clicked.  I keep waiting for something to click with Whitesnake, but so far it's just the sound of the pin firing against an empty chamber as I pull the trigger.

I know, what you mean: First I did'nt really like the Whitesnake-album, then I liked it, and now I only like a few of the tracks, especially the title-track.

Permalink Reply by Niels (Mod) on May 13, 2011 at 8:36am
Wolf is actually a sweedish band!! That makes sense!! The sweedes LOVES old school metal.

Kinda liked that, it was a nice listen.  I own their debut disc, like that one alot, buts its also in that "nice listen" category.  My wife likes it more than me so it gets played sometimes, not often, but sometimes.

WOLF ... Thumbs half down

I like the geetars, but like Niels the vocals kill it for me and Im not hearing anythign new.

Im indifferent on this one.  I dont hear anything special, just more of the same electronic modern rock.  Even the bonus countrified track sounds ike they wrote it with Uncle Kracker.  Just not feelin' this one...

Permalink Reply by RJhog (Admin) on May 13, 2011 at 8:03am
Your analysis of Sixx: A.M. is exactly what I thought it would be.  I think I've got a pretty good feel for everybody's taste, and I figure Niels and myself will be the only ones that like it.  But hey, that's at least 50 per cent, until Gordon listens, then it may drop to 40 per cent.

Permalink Reply by Niels (Mod) on May 13, 2011 at 8:18am
That's funny. I'm also beginning to have a feel for everybody's taste, and I agree that Jon won't like it either. Well, NOW he'll probably say, that he likes it!!

Prediction: Jon will like it but will not buy it because it's a digital download only, unless you get the import.  He's 50/50 on the Los Lonely Boys, and will not like Sixx: A.M.