by "you cannot kinhtain" Jon 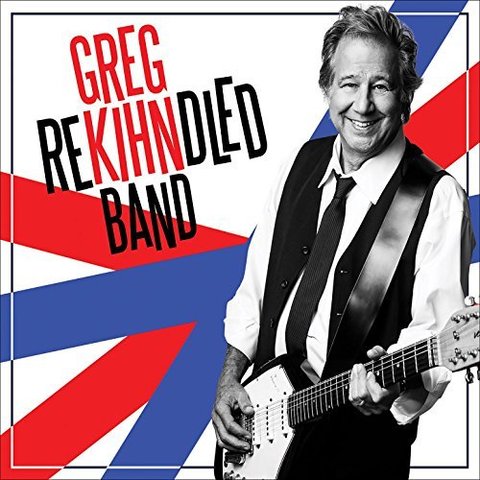 3. Tell Me Something Good

Without Jeopardy he would not have been in my collection, but as such, I probably have 2-3 various artist CDs with that song. And I like it. And there was a time when I wanted to include a Greg Kihn  album to my library, more precisely, when I heard Joe Satriani played on one of his releases. That was long time ago though, because no store owner knew who Satriani was, let alone on which album he played. As you can tell, that was long before the internet. I forgot about my search too. Now that you reminded me and thanks to the wonderful thing of the internet I found out Satriani was on his 1986 project Love and Rock & Roll. Unfortunately, my go to streaming sites don't have that one. Dang. So if you do have LAR'N'R, I demand you abandon your sabbatical and post it in LFAOTW. As for what I heard here: Track 2 and 3 aren't registering. Track 5 has a little bit of life in it, while Track 1 & 4 have that extra something I'd like to hear more. Therefore...

Greg Kihn Band - Thumbs Trending Up, But The Jury Is Still Out

I saw this earlier in the year.  Thought about it, but wasn't sold on the samples.  The first track is fairly pedestrian.  Not bad, just nothing to get excited about.  Anthem is much better.  It's a nostalgic song without being cheesy, which isn't always easy to do.  His voice sounds nothing like it used to, but it's ridiculous to expect it to be after so many years. At this point, that can no longer be the determining point as to whether or not to purchase new music by these old geezers anymore.  And as soon as I say that, he sounds more like himself on the next song.  Nice guitar solo. It's Never Too Late is just so-so.  Trained Monkey is a little heavier than the other songs.  I like it too.

GREG KIHN BAND ... Two Thumbs Trending Up
Kihn he ever be better than ROCKIHNROLL? Probably not, that's a really special and cool album. It was left of center and edgy for the time of its release. Loved it then, still love it today! If you don't own it you can get it for a cool 124.99 on Amazon or if you are a tad bit on the frugal side, the MP3's are 8.99 ...

This new one is familiar and cool as well, but its lost that edge he had, but he has maintained his playfulness in his music. Also, the band is very good and the guitar work is really good as well, I love the rhythms and the leads. At least he's true to himself, not many artists can say that. Speaking of rhythm guitar work, Tell Me Something Good sounds like it could have came from the ROCKIHNROLL session. The lead guitar is real nice here as well but too brief.

I like eveything here except for "It's Never Too Late", that one lost me a bit. I like Kihn, its just a good time when his stuff comes on, admit it, you smile when Jeopardy plays (and probably think of Weird Al too), you sing the "Ah-ah-ah, ah-ah-ah-ah, ah" of the BreakUp Song loudly no matter who's around when its on... Still, this is a "like" and not "love" listening experience, and somewhere between these two is the line of purchase. Nice to see he's still active though!