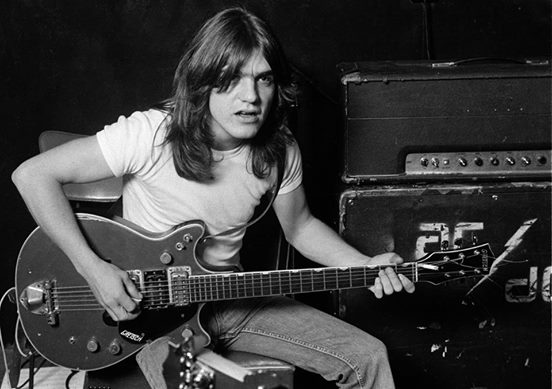 AC/DC co-founder Malcolm Young has died at the age of 64, the band have confirmed.

“It is with deepest sorrow that we inform you of the death of Malcolm Young, beloved husband, father, grandfather and brother,” AC/DC said in a statement on their website. “Malcolm had been suffering from dementia for several years and passed away peacefully with his family by his bedside.”

“Renowned for his musical prowess, Malcolm was a songwriter, guitarist, performer, producer and visionary who inspired many. From the outset, he knew what he wanted to achieve and, along with his younger brother, took to the world stage giving their all at every show. Nothing less would do for their fans. Malcolm is survived by his loving wife O'Linda, children Cara and Ross, son-in-law Josh, three grandchildren, sister and brother.”

Lead guitarist Angus Young said of his brother in a separate statement: “As his brother it is hard to express in words what he has meant to me during my life. The bond we had was unique and very special. He leaves behind an enormous legacy that will live on forever. Malcolm, job well done.” The Young family thanked fans for their “overwhelming support and heartfelt condolences” and asked for privacy during “this time of heartbreak and grief.”

Malcolm was born in Glasgow, Scotland in 1953 and moved with his family to Australia 10 years later. Following the lead of his older brother George, who played with the Easybeats of "Friday on My Mind" fame, he formed AC/DC with Angus in 1973. After recording one single, "Can I Sit Next To You, Girl" backed with "Rockin' in the Parlour," they replaced lead singer Dave Evans with Bon Scott.

Their debut, High Voltage, arrived in early 1975, with T.N.T. following later that year. The success of both records in Australia attracted the attention of Atlantic Records, who compiled the best cuts from the first two records as High Voltage. Powered by Malcolm's seemingly endless supply of riffs, Scott's nudge-and-wink lyrics and Angus' lead work, AC/DC began to make inroads with Let There Be Rock and Powerage, but it was 1979's Highway to Hell that gave them their status as one of the world's major hard rock bands.

Unfortunately, they were unable to enjoy their newfound superstardom for long. On Feb. 19, 1980, Bon Scott died after choking on his own vomit after a night of heavy drinking . While still reeling from Scott's death, they began auditioning new singers, finding Brian Johnson from the British band Geordie. Back in Black was released that July, and it went Top 10 around the world on its was to becoming one of the biggest-selling albums of all time.

For the next 35 years, AC/DC remained one of the most consistent and dependable acts around. Every record from 1990's The Razor's Edge through 2014's Rock or Bust reached the Top 10, and their tours sold out stadiums worldwide. Although, as lead guitarist and frontmen, Angus, Young and Johnson received the bulk of the attention, Malcolm was considered to be the driving force.

The rhythm guitarist retired in 2014 after his family confirmed his illness, and was replaced by his nephew Stevie for recording and touring Rock or Bust. Angus revealed that Malcolm’s condition had deteriorated to the point that he could no longer remember many of the songs he’d written. “It was hard work for him," he said. "He was relearning a lot of those songs that he knew backwards; the ones we were playing that night he’d be relearning. He was his own driver. He himself had that thing, where you’ve just got to keep going. Every now and then he’s still the Malcolm I know.”

It's the second tragedy to hit the Young family this year. George, who produced their pre-Highway to Hell records with his partner Harry Vanda, died last month at the age of 70.

First I heard about George Young.