As the old saying goes;  Almost only counts in Horseshoes and Hand Grenades!

This weeks Love theme is focusing on HOPELESS LOVE and the poor saps who get close yet never quite get near a finish line.  Are these the Lonely In Love?  Or just Losers in Love!  Maybe both as we'll see today... 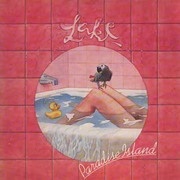 DID YOU KNOW: They achieved modest success in much of Europe from the mid-1970s through the early 1980s, particularly in Germany where they were named artist of the year by the German Phono Academy in 1977. That same year, their self-titled debut album reached #92 in the US and the single Time Bomb reached #83, which would prove to be their greatest success in the US. They toured the US in the late 1970s as the opening act for various headline acts, including Lynyrd Skynyrd, Black Oak Arkansas, and Neil Young. 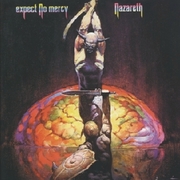 TITLE: Shot Me Down

DID YOU KNOW: The bands biggest hit, Love Hurts was originally recorded by The Everly Brothers, and also covered by Roy Orbison.  That was released as a hit single in the UK and in the US, where it went platinum. The track became the band's only US Top Ten hit. and was also a top 10 hit in nine other countries, reaching number 1 in six of them. The song spent a record-shattering 60 weeks on the Norgian charts. ALBUM: Watts In A Tank

DID YOU KNOW: The single "Sausalito Summernight" rose to #25 on the U.S. Top 40. It reached #1 in Canada. Watts in a Tank itself went up to #68 on the Billboard 200. This success prompted the return of Mark Boon and an American tour. At Boon's suggestion, guitarist Bas Krumperman joined the band just before the North American tour, moving the band's sound in a country-rock direction. The band got a distribution deal with Atco Records and recorded another album, Unleaded, in 1982, but it was not a success. 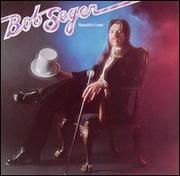 DID YOU KNOW: In April 1976, Seger and The Silver Bullet Band released the album Live Bullet, recorded over two nights in Detroit's Cobo Arena in September 1975. It contained Seger's rendition of "Nutbush City Limits" as well as Seger's own classic take on life on the road, "Turn the Page", from Back in '72. It also included his late 1960s successful releases — "Heavy Music" and "Ramblin' Gamblin' Man". Critic Dave Marsh later wrote that "Live Bullet is one of the best live albums ever made ... In spots, particularly during the medley of 'Travelin' Man'/'Beautiful Loser' on side one, Seger sounds like a man with one last shot at the top." An instant best-seller in Detroit, Live Bullet began to get attention in other parts of the country, selling better than Seger's previous albums, getting progressive rock radio and album-oriented rock airplay, and enabling Seger to headline more shows. 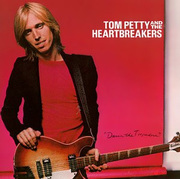 TITLE: Even The Losers

DID YOU KNOW: The album was a breakthrough for Petty and the Heartbreakers. It was their first top 10 album rising to #2 (for seven weeks and kept from #1 by Pink Floyd's The Wall) on the Billboard albums chart. It yielded two songs that made the top 15 on the Billboard Hot 100 singles chart, "Don't Do Me Like That" (#10) and "Refugee" (#15). Thanks to the new co-producer Jimmy Iovine, Damn the Torpedoes proved to be a major leap forward in production.  Critical reception generally reflected the commercial success of the album. The original review in Rolling Stone raved that it was the "album we've all been waiting for — that is, if we were all Tom Petty fans, which we would be if there were any justice in the world."

This was pretty good, again there's no need for JACKSHT! The only song I didn't like was Bob Seger. Blame the woman for everything to do with Bob Seger and my dislike for him now.

Especially liked the Lake song, it started off kinda bleh but really picked up. Maybe I'll pick up some Lake albums but I've went overboard the last week I think....

Good thing you didn't play Beck. Cause then there would have been some serious issues!

Seger was last minute replacement for Guiffria's "Lonely In Love" from their debut.  Thats what I get for switching it up at the last minute!

I really like the first three Lake albums, really solid! CHeck them out sometime, they are LAKE, Lake II, and Paradise Island.  Worthy purchases IMHO!

And your safe with me on the Beck thing, I own nothing from him and dont anticipate that changing in my lifetime!

Thanks for the feedback...

Oooh...Giuffira or Seger? Wouldn't have made a difference. Had their first album when it came out (that G looked totally metal) and it was sappy.

Permalink Reply by RJhog (Admin) on February 23, 2012 at 3:44pm
I will swap one out with Jon. The one I did not like was Diesel. Everything else was really good, especially Seger.

Just now listening to this. Already really like the Nazareth, Petty, and Seger from hearing them years ago. In fact, one of my recent purchases was a remasterd edition of Nazareth's "Expect No Mercy"...one of their better releases, in my opinion. This version has, like 8 or 9 bonus tracks.

Not familiar with Lake or Diesel, but enjoying hearing them.

Thanks Gordon!  Always good to hear from you!  Glad someone liked all 5 tracks!  hahahaha...

The Nazareth remasters is what I have on CD as well, Expect No Mercy has 10 bonus tracks, most of which are alternate versions of the album tracks.  I love what they did to their catalog on the remasters, they are certainly worth it!  One of the few bands who put a lot of thought into what they gave to their fans!