Speaking of Cow's.
Kids nowadays think, that sucking up to Simon on one of his many talent shows, is the ultimate way to reach stardom. Little do they know, that this procedure is actually the lazy way of doing the discovering "thing". We, the archaic types, we remember the good old days, when guys like Simon would HAVE to leave the comfort of their chairs and personally scout concerts in order to find the next golden goose. Of course, the new ways are funnier, because you can't stop all the morons from entering these auditions... And laughter ensues whenever the ego's don't match the talent God gave them. Charming! However, this is not about the new ways of doing things, but the ways things were done, when we were kids.

As I mentioned earlier, the concert scouts would look for bands, well received by the audience. Then they would sign these boys (or girls, or boys and girls and yes, occasionally the "inbetweens") to a label. The first projects were always the "no brainers". Songs that worked well live, were the front runners in bringing the artist to the masses. The second albums required little bit of trickery, for they had to show growth to dazzle the critics, which was mostly achieved by holding back few of the best songs written for the first album. For years the system was working like a well oiled machinery. So, it was no secret, that the 3rd album would be the one to either make or break the band... Which brings us to today's post.

RIBLJA ČORBA - Still Life (Mrtva Priroda) 1981 - LP
In the wake of their 3rd album, the record company gave Fish Stew an unlimited control (read: money and artistic freedom) in order to top the sales of its hugely successful predecessor. The band was literally sent to England, with a sole purpose to find and hire a producer. As soon as they landed at Heathrow, they bought a copy of New Musical Express and Melody Maker, to analyze the charts. In both instances, it was Gillan's new album, produced by John McCoy, that led the rankings. As they say, the rest is history, but Fish Stew has a foggy recollection of that history, for in its entire course of making, McCoy kept the band constantly intoxicated. Whatever works, right? Still Life, is voted the 19th most important Yu-Pop-Rock album of all times. It is also one of those rare instances where each song became a hit. The 2006 CD re-issue looked cheap to me, while the Fish Stew box-set of 10 CDs was priced out of my range. Therefore, if you're reading this and wondering, what would make a good birthday present for me... Well, wonder no longer. I remember the record company going out of their way to promote the album. Music Videos were filmed for each and every single song and aired on TV.

PATAKY-SLAMOVITS - S/T 1988 - LP
Here is a weird example of what happens when record companies hamper the band's progress and 3 becomes 9. In 1981, after EDDA's hugely successful 2nd album, the record company decided it's in their best interest to outright rejected everything Pataky (the singer) and Slamovits (the guitarist) submitted for the 3rd. project. Instead, they added a saxophone player to the mix and forced the band to adopt the AOR sound coming from America, in hopes to emulate the success Foreigner was riding at the time, with their album "4". EDDA did record the 3rd album, which didn't bode well, neither with their followers nor the critics. Shortly after that, they broke up and most of the EDDA members (including Slamovits) pursued a different path. Pataky was the only original member in the new formation. Once the incriminating facts hit the circulation, the fans raised their voices in support of getting the 3rd album recorded, retrospectively. In 1988, the label finally gave in to the demands, and allowed Pataky and Slamovits to finish what they started 7 years ago, but not under their old banner. One would think, fans had the last laugh, however given the fact, that all the other EDDA vinyl's since then had a CD update, I'm not so sure that's the case. The only difference is, now they rally for the CD upgrade. (The Pataky-Slamovits project is considered to be EDDA's 9th album.)

click on these two covers to get the 3rd. album 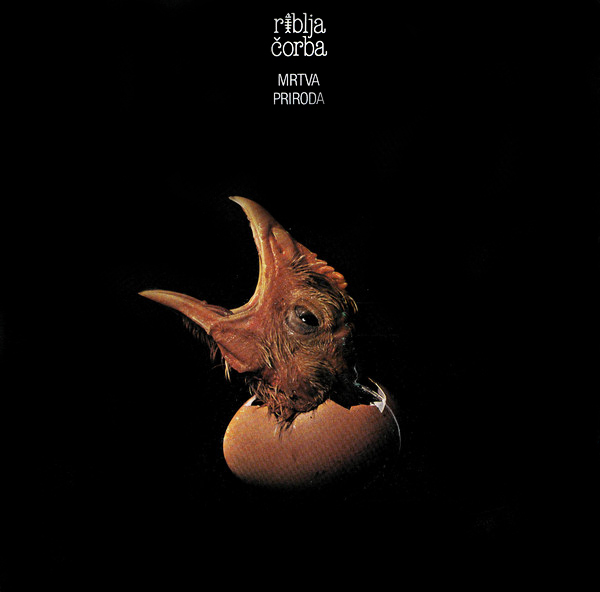 The first song should have been in the third Austin Powers movie.

For the rest of the songs, I kept thinking of AP, not because they had anything to do with that, but that first song stuck in my head.

I gotts say that the album cover on the right is a bit.....weird. NOT THAT THERE'S ANYTHING WRONG WITH THAT!

I don't know,
I look at it like a definite answer to an age old question; "which came first the chicken or the egg"?

Ha.
Never made the AP connection myself, but perhaps you're right.
Let's see the MV: