By way of introducing this recurring new review series I should point out that while I'm going to be giving opinions on the various albums I include, they won't be in depth think pieces.

The reviews instead will be for albums I'm replacing that wore out (and yes I get the irony of replacing a worn out cassette with another potentially bad cassette) or simply an album that I never got to hear in full before and didn't quite want to invest in a more expensive option.

That being said, let's get started...

While classic rock radio will always keep "Two Tickets To Paradise" in their rotation when called upon to play an Eddie Money track, this album contains his other two biggest hits in "Take Me Home Tonight (Be My Baby)", the rocking track that features Ronnie Spector on guest vocals and "I Wanna Go Back" which is a nice nod to nostalgia. That kind of struck me funny considering I'm listening to the album for the first time as it celebrates its 30th anniversary.

The thing about this album is that despite containing two smash hits that the pop charts wholeheartedly embraced, there is nothing else really approaching the quality of either track throughout the rest of the album. I liked the song that opens up side two, "We Should Be Sleeping", but that was mostly for the smoking guitar work in the song (particularly the solo on the outro).

While nothing is truly noteworthy for being bad, the album is top heavy with the hits and then just kind of meanders its way to the end. 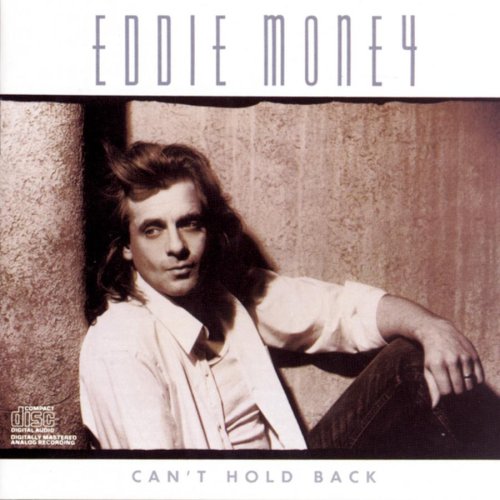 If I remember an article I read correctly, guitarist John Norum left Europe back in the 1980's because he was unhappy over the more commercial bent of the group's music. Given that he has been part of the lineup for years with the band's turn towards a more classic rock sound these days, you can kind of see where he was coming from with the release of this solo album.

Singing lead on 8 of the 11 tracks as well as playing guitar, Norum was in as much "total control" as possible for the time.  While the album's production is clearly of the 80's, the material does veer greatly into the heavier guitar driven sound. While keyboards do have a presence on the album, they don't overwhelm the heavier rock sound.

There are 9 original songs on the album plus two covers. The cover of Thin Lizzy's "Wild One" closes the album while Norum also covers the Vinnie Vincent Invasion song "Back on The Streets.

The album does a nice job of keeping the blood flowing with great guitar work on tracks like "Eternal Flame" and "Law of Life", but the downbeat and moody style employed on "Too Many Hearts" makes for a disappointing song.

Note of Interest: Swedish singer Goran Edman, who would go on to front Yngwie Malmsteen's band for two albums (amongst many other projects), sings lead on the three tracks where Norum does not have the lead vocal. Singer Tony Martin's third album fronting Black Sabbath found the band putting out an album that only slightly sounds like their trademark sound. I know it might not be seen as the most successful version of the band, but I've always kind of liked Tony Martin's vocal work with the band.

The music remains heavy but the doom laden methodical stomp is lightened for the most part. Initially, the lyrics make the album seem like a concept release surrounding Norse mythology but a little research online shows that while some songs are connected by that theme, the album was not conceptual in nature.

There's a very cinematic feel to most of the tracks and I think that kind of stylistic approach helps make the music feel heavier than it seems at first listen.

Tracks like "The Law Maker", "Heaven In Black" and the killer "Valhalla" find Tony Iommi's guitar work in fine form. He just shreds on "The Law Maker".

Note of Interest: The band's rhythm section for this album is drummer Cozy Powell and bassist Neil Murray. They played together in the 1970's as part of the group Cozy Powell's Hammer and then again in the 1980's in Whitesnake.

Hurricane
Over The Edge
Enigma Records - 1988

While this 2nd album from the band is by far their most successful, I have to say that I found myself a little disappointed by it. Now, I remember the band when they first hit the "big time" with their top 40 charting "I'm On To You" from this album. But I can't remember if I actually owned Over The Edge or not back then.

Now with "I'm On To You", aside for the "na na na" part in the chorus, it was a killer song. There's no denying how catchy the track was. Unfortunately for me at least, there wasn't much else that caught my ear aside from the song "Shout" which was also a stand out number.

Instead, I found that they recorded one of the worst covers I've ever heard with Alice Cooper's "I'm Eighteen" and then closed the album with "Baby Snakes" which uses "recorded" phone conversations of a guy too clueless to realize that the girl he keeps calling for a date wants nothing to do with him. Believe me the song is not the least bit entertaining.

Yes, I liked the two tracks I mentioned above but beyond that I seem to have missed the boat on this band because it otherwise just didn't appeal to me.

Notes of Interest: The band is actually around these days with original members Robert Sarzo (guitars) and Tony Cavazo (bass) leading the group. Original singer Kelly Hansen has been fronting Foreigner since 2005. When Sarzo left the band in 1989, he was replaced by Doug Aldrich who would later go on to play for Dio, Whitesnake and he currently plays with The Dead Daisies.

What can you say about an album that is almost universally hailed as an artist's commercial and artistic masterpiece? Reckless certainly lives up to that statement seeing as how six of the album's 10 tracks were bonafide smash hits on the pop chart.

I was 12 years old when this album came out and the associated tracks were hitting American Top 40. I was about 2 years away from my musical awakening as a heavy metal fan. I loved the songs from Reckless but never actually owned the album. I was reading an article a while back on the release of an anniversary reissue of the album with a boatload of extras and I was intrigued to want to buy it. But I couldn't find it in any shop (big surprise) and it was pretty expensive online. So when I saw the cassette in the box I had to grab it. And wow did it bring back some Sunday mornings listening to Casey Kasem count down the hits.

This album had it all from rockers like "Run To You" and "Summer of '69" to the first of the big Bryan Adams ballads in "Heaven". It was just pure rock and roll fun. I'm still looking for an affordable copy of the reissue but until then, I've got this cassette and man I'm digging it.

Notes of Interest: Lou Gramm (at the time of the recording he was still in Foreigner) helps out on backing vocals on the song "She's Only Happy When She's Dancin'". Journey's drummer Steve Smith is behind the kit on "Heaven".

I love Eddie Moneys first 5 albums, shining moment after shining moment, his crowning glory likely being No Control while Life For The Taking makes a strong argument for that spot as well.  But your right, Cant Hold Back just meanders and people began to move on.  And so, *poof* he was kind of done (except for Walk On Water) and then he was really done.

Not sure who the guitarist was on Cant Hold Back but Jimmy Lyon played on those first 4 albums as the main guy and he is stellar!  Seem him play live in 92 or 93 (kinda hard to remember) but he stole the show!  Still, Can't Hold Back, is a nice slice of the era with its slick production and keyboard heavy songs.

The album with "Walk On Water" will be in a future installment of this new series. Hell, if I wanted, I could get a huge chunk of EM's albums on cassette to do in the series.

Thanks for reading and for the feedback.

Reckless is the only one of these albums that I own.  My favorite BA track is the one you posted, Run To You.  That is such a killer song.

At one time, I would say that I was only a fan of Money's hits.  But I bought a 3-pack of albums and I like what I've listened to, though I haven't heard all three of them.  Seems like I remember being impressed by the guitar playing as well.

Would definitely love to hear the John Norum album.  Speaking of Europe, I went to the used CD store today and found a copy of Prisoners in Paradise.  The price was 2.75, but I got it for free by buying three other used CD's.  I've never heard that one either, but I'm interested in spinning it.

TR, I told you about the store in Pigeon Forge that has cassettes for a couple of bucks each.  You've got me interested and getting back there to see what they have, if it's still there.

Nice to see we have the same taste in Bryan Adams.

The guy who manages my local comic shop said he heard an EP Hurricane did that was great but he didn't like the OTE album.

As I mentioned in my reply to Scott, the record shop has a number of Eddie Money albums on cassette, I may just be interested in picking them up to do more of a deep dive into his work.

I think you would like Tyr. And the John Norum was good enough for the price I paid. The guitar work was great so I'd listen again.

And yes, you did tell me about that store in Pigeon Forge. You should definitely find out if it is still there. It's a cheaper way to get more music. You risk the cassettes being no good but it is a smaller investment than buying everything on CD which is prohibitively more expensive.

I need to get a portable cassette tape player.  I have my old component tape players, but I need a portable one for back porch listening.

This is why I have regular "boom box" type radios at work. They play AM/FM, cassettes and CDs.

Cuts Like a Knife is the best BA has ever been, so imagine that as good as Reckless is, CLAK is slightly better.  Wish it would get a proper remastering treatment someday!  Also, check out Into The Fire, very underrated but very cool!

The used CD store had a few BA CD's for either .50 or 1.00 yesterday.  I think I saw Waking Up The Neighbors, So Far So Good and 18 Til I Die.  Maybe I should have grabbed them as well for those prices...

The shop has CLAK on vinyl, but I will probably get the CD of that one because I can get it cheaper than the vinyl.