When you say Peter Gabriel, I think it's easy also to say Kate Bush in the next sentence. They have worked together on several occaisions. I know, that Bush appears on at least 3 Peter Gabriel-songs. Another thing, they've got in common, are that both the music is very much "art" imo, but certainly also the videos. Kate Bush is definitley my favorite female artist. Wuthering Heights is one of my alltime favorite songs, probably in top 3!! In her young days, she was stunningly beautifull and had a special (imo) sexy voice, and an intelligent woman, who writes her own music and produces as well is definitely a big plus in my book. I've bought 3 bush-albums so far: "The Kick Inside", "Aerial" and a greatest hits, but I'm sure if I wasn't able to hear all her albums on Spotify, I would had bought a few more of her albums around now. I like her older stuff much more, than her newer albums, therfore the newest song here is from 1985:

"Wuthering Heights" is a song by Kate Bush, released as her debut single in January 1978. It became a #1 hit on the UK Singles Chart, and stayed at the position for four weeks. The song is Bush's biggest hit to date, and appears on her 1978 debut album, The Kick Inside. The B-side of the single was another song by Bush named "Kite" - hence the kite imagery on the record sleeve. "Wuthering Heights" came 32nd in Q magazine's Top 100 Singles of All Time, as voted by readers. It is also #14 on Rate Your Music's Top Singles of All Time.The guitar solo is played by Ian Bairnson, best known for his work with Alan Parsons. It is placed rather unobtrusively in the mix, and later engineer Jon Kelly would regret not making the solo a little louder in the mix. The song was significantly re-mixed and given a new lead vocal in 1986 for Bush's greatest-hits album The Whole Story. This version also appeared as the B-side to her 1986 hit "Experiment IV".

According to an interview Kate Bush gave to the Australian TV series Countdown in 1980, the song chronicles a wife's desire to test her husband's loyalty. To do so, she takes on the nom de plume of Babooshka and sends notes to her husband in the guise of a younger woman—something which she fears is the opposite of how her husband currently sees her. (Hence the barbed lines Just like his wife before she "freezed" on him/Just like his wife when she was beautiful.)The trap is set when, in her bitterness and paranoia, Babooshka arranges to meet her husband, who is attracted to the character who reminds him of his wife in earlier times. She thereby ruins the relationship due to her paranoia."I'm sure I heard about it on some TV series years ago, when I was a kid," Bush remarked of the song's story. "You know, these period things that the BBC do. I think it's an extraordinary thing for someone to do… That's why I found it fascinating."The music video depicts Bush beside a double bass (contrabass) which symbolises the husband, wearing a black bodysuit and a veil in her role as the embittered wife. This changes into an extravagant, mythlike and rather sparse "Russian" costume as her alter-ego, Babooshka. An illustration by Chris Achilleos was the basis for the costume.The track features John Giblin on bass and marks the significance of fretless bass sounds as instrumental "male" partners through Kate's music in the early eighties.Kate Bush said that's "something I didn't realise at the time," when she learnt that Babushka is the Russian word for "grandmother" (although the stress in Russian falls on the first syllable, not the second)."Babooshka" became Bush's second top five hit in the UK and was certified silver for sales of over 250,000 by the BPI. "Babooshka" reached number five in France and went on to sell 547,000 copies, thus becoming 465th best-selling single of all time there.

"Army Dreamers" was released on 22 September 1980 and peaked at number 16 in the UK Singles Chart. The song is about the effects of war and about a mother who grieves for her young adult son, who was killed on military manoeuvres. Saddened by his unnecessary death, she wrestles with her guilt over what she could have done to prevent it. The song's waltz tempo marks a change to Bush's previous singles.The single includes two B-sides, "Delius" and "Passing Through Air". "Delius" is Bush’s tribute to English composer Frederick Delius. The subtitle, "Song of Summer", comes from one of Delius’ works, and from a BBC film Bush saw about the composer's life. "Passing Through Air" is one of Bush's earliest works—originally recorded in 1973 at David Gilmour's studio, a few weeks after her 15th birthday.The reference in the lyrics to "BFPO" refers to "British Forces Post Office", the postal system for the British armed forces, who deliver the message: "Our little army boy is coming home, from BFPO."

SAT IN YOUR LAP

"Sat in Your Lap" (1981) is a song by the English musician Kate Bush. It was the first single to be released from her fourth album The Dreaming (1982), though it was issued 15 months prior to the album, which was nowhere near completion at that time. The single peaked at no. 11 in the UK Singles Chart.Musically, the single was faster and more percussive than Bush's previous releases Critic Simon Reynolds called it "an avant-pop stampede of pounding percussion and deranged shrieks, a sister-song to Public Image Ltd's "Flowers of Romance. The lyrics of the song deal with feelings of existential frustration and the quest for knowledgeKate Bush stated in an early interview that the single version was remixed slightly for inclusion on The Dreaming. The vocals were raised higher and the backing track altered to fit in better with the overall feel of the album.[citation needed]The demo version of "Sat in Your Lap" contains an extra verse at the start, which was later cut out of the song. As with subsequent singles from the album, a 12" single was planned but was eventually withdrawn.The B-side to the single was a cover version (Bush's first) of "Lord of the Reedy River" by Donovan.

"Cloudbusting" is a song that was written, produced and performed by the British singer Kate Bush. It was the second single released from her number one 1985 album Hounds of Love. "Cloudbusting" peaked at no.20 in the UK Singles Chart.The song is about the very close relationship between psychologist and philosopher Wilhelm Reich and his young son, Peter, told from the point of view of the mature Peter. It describes the boy's memories of his life with Reich on their family farm, called Orgonon where the two spent time "cloudbusting", a rain-making process which involved pointing at the sky a machine designed and built by Reich, called a cloudbuster. The lyric further describes Wilhelm Reich's abrupt arrest and imprisonment, the pain of loss the young Peter felt, and his helplessness at being unable to protect his father. The song was inspired by Peter Reich's 1973 memoir, A Book of Dreams, which Bush read and found deeply moving.In a retrospective review of the single, Allmusic journalist Amy Hanson praised the song for its "magnificence" and "hypnotic mantric effects". Hanson wrote: "Safety and danger are threaded through the song, via both a thoughtful lyric and a compulsive cello-driven melody. Even more startling, but hardly surprising, is the ease with which Bush was able to capture the moment when a child first realizes that adults are fallible."

I'm going to end this "double-feature" with this video of Gabriel and Bush doing a cover-version of a Roy Harper-song, you know "Hat's Off To Roy Harper". It was my intention to end with "Don't Give Up" from Gabriel's So-album, which also is a Gabriel-Bush duet, but you probably know that one already. I'll bet you haven't seen or heard this one before.

I know nothing about her except Wuthering Heights... Ahd Jon's infatuation with her via his ramblings from some time back.  This will be all new to me

WUTHERING HEIGHTS ...  Very familiar with this song, but mostly familiar with it because Pat Benatar covered it on her album Crimes of Passion (A fine album by the way) and its a far more rocked up version.  But Bush's vocals threw me as they sounded weird at first, but she clearly has total control of her voice.  The interpretive dance was also interesting and I can see how you make the Gabriel connection because of the "artistry" in their music and video.  Nice song over all though...

BABOOSHKA ...  Lets just say the husbands is hosed because that alter ego outfit is AWESOME!  But the song?  Not so much.  Very odd song stylings and its likely only because I have American ears when it come to this kind of stuff and some of the more European music escapes me totally.  Like this song does...

ARMY DREAMERS ... The eye thing she does is strange and her vocal range is always in the upper regions.  Cant say I like this song or the video.

SAT IN YOUR LAP .. Wow, it keeps getting weirder.  Certainly no where near my proverbial wheelhouse.  Though I do see the cuteness than Jon loved.

CLOUDBUSTING ...  She likes to write about heavy topics.  I'm guessing she is playing the young son in the video?  Sorry don't get this, its just strange.

ANOTHER DAY ...  Bush and Gabriel in the same video, this may be interesting... or not.  I'm going with NOT.

Heres my favorite moment from this weeks fine and very educational post...

2. Next song sounds kind of jazzy. I think that art rock as a description is quite the understatement. I'm being honest here, this is going over with me like a lead zeppelin.

3. How is she blinking her eyes perfectly at the right time as the sound of the camera shutter? That's the coolest thing so far. Still don't care for the song, but the video is cool. Gee whiz, three more to go.

4. More weirdness. I just can't think of anything good to say.

I did listen to the last two songs. Number five is actually pretty good. The only good one so far. Donald Sutherland is in the video. This song really has an overbearing sadness to it. And on that last track PG sounds really good. It's also a decent song. I'm much more likely to search out some PG material than I am any KB material. I guess it's just over my head and I just don't get it. I do appreciate being exposed to stuff that is new to me, but I'll firmly take a pass on Bush.

I'm sure, you'll both hate next weeks VOTW even more

But hey, it's music and artists that I like, and sometimes you guys like it as well. Not so sure about the...let's say next 3 weeks, though.

Niels, don't worry about us, we enjoy the experience even if we don't like the Music...

I would never pass up Bush...  just sayin! 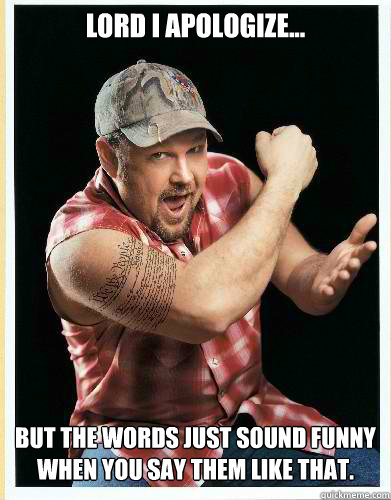