VIDEO'S OF THE WEEK: NEAL MORSE 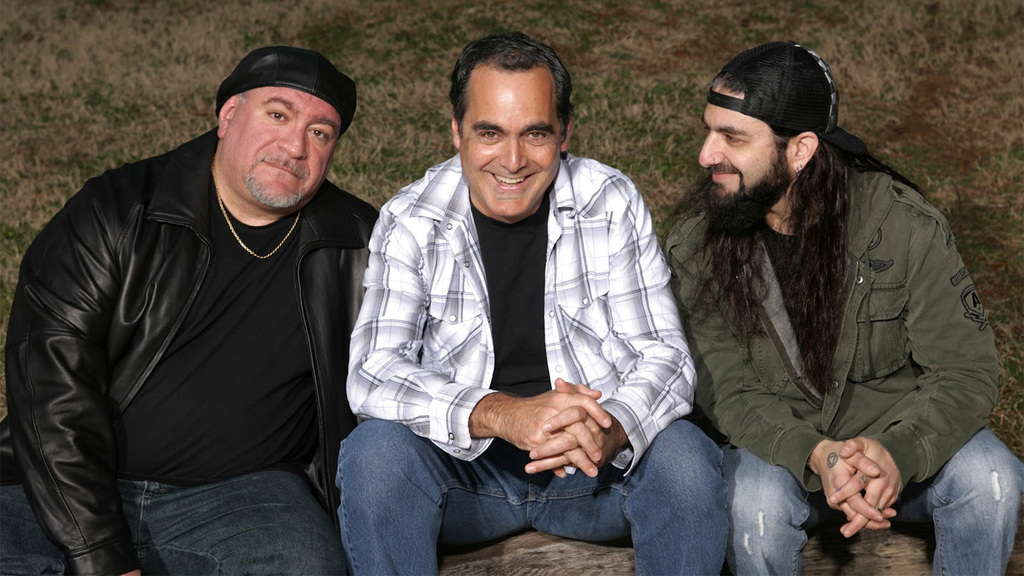 It's long overdue for me, posting a Neal Morse-VOTW. Neal Morse and Steven Wilson are THE most important persons in today's Prog-rock imo. Both have made (each) one of the 5 best albums, the last 10-15 years (imo). Off course the Morse-album I'm refering to is Testimony II, still my favorite album by Morse. That album is one of those albums, that I still remember hearing the first time. I was BLOWN away (just like the first time, I heard Operation Mindcrime back in 1988). But as allways, I'm not a "fan-boy", saying that everything Morse has ever realeased is pure gold, or that I HAVE to own all the albums he ever did release. And I do think, that he hasn't really made a VERY good album since Testimony II (what was it, 2010-11?). His last album was the best SINCE Testimony II, but nowhere near as good. But he still got it, because on every album he releases (I don't know about his "worshipping-albums", though), there still are some good songs on the albums. And the man is very, very busy. Not only is he releasing albums by "his own" band, but he's a fulltime member of Transatlantic and Flying colors, as well. I would definitely not call myself a christian in any way, but it doesn't bother me at all, that Morse is very much a christian, and it shows in his lyrics. I'm proud to say, that I've seen Neal Morse-band live in 2015. I take the liberty of posting 7 video's this week, and I'm afraid, that's going to tak around 50 min. to watch, but I think it's worth it, even though none of the songs are especially favorites of mine:

Morse grew up in the San Fernando Valley of Los Angeles as one of four children. His father was a choral director. Morse started to play the piano at the age of five and started to learn to play the guitar at the age of nine. During his twenties he wrote two musicals (Hit Man and Homeland), did some session jobs, tried to get a deal as a singer/songwriter in Los Angeles, and recorded a few country and western demos with his brother Richard.

After about ten years, Morse grew tired of the Los Angeles music scene and traveled through Europe for several years, busking and playing in small clubs. On his return to the U.S. he formed the band Spock's Beard with his brother Alan. Their first album, The Light (1995), was moderately successful. Spock's Beard would soon become one of the most successful progressive rock bands of the late nineties (along with Dream Theater, Porcupine Tree, and The Flower Kings).

THE TRUTH WILL SET YOU FREE (TESTIMONY II)

Morse became a born again Christian in 2002. He left both Spock's Beard and Transatlantic immediately following the release of the Spock's Beard album Snow, since he felt a calling to make his personal faith more prominent in his recorded output and felt that this would not be possible or appropriate in a band context. The period leading to this decision is described on the solo album Testimony (2003), an epic, introspective composition which features Kerry Livgren of Kansas and Mike Portnoy. One part of his conversion to Christianity, omitted from Testimony but described in full on Testimony Live and later in the song Jayda on Testimony 2, was that his daughter Jayda had been diagnosed as having a hole in her heart that required open-heart surgery. However, before Jayda received surgery, the hole disappeared following a church service in which Morse's wife and others prayed for God's healing.

TRANSATLANTIC - BLACK AS THE SKY

The Grand Experiment is a progressive rock album by Neal Morse and his solo band. The album was composed and recorded over a short period of time, with no preparation work before entering the studio. This is the first time Morse has recorded this way, with no pre-prepared material (and as a completely collaborative effort with his new band), hence the album's title. It was released on February 10, 2015.

SINCE I LET YOU GO ...  He's nearly unrecognizable!  And it s a pop ballad/show tune with jazz undertones.  Who is this guy?  His voice sounds more in tune than some of his work on... say, Songs from November? (Which still disappoints me).  Let me be frank..  I'm glad he lost his hair and went prog, and that's all I'm gonna say about this song.

THE LIGHT ... Much better, but the sound quality is terrible on this.  Again I must say I like him best with short hair and a receding hairline and that 90's get up he's wearing is horrid.

THE TRUTH WILL SET YOU FREE ...  Also one of my faves and THIS is the Neal Morse I love the most.

...will have to watch these in chunks, I don't have the time for all of them in one setting this week,,

Well, it may take me two weeks to watch all these videos, but truthfully, I'm looking forward to hearing some of his earlier work that I've never heard.

Since I Let You Go - This is the only one I'll get to this morning.  This is Harry Connick Jr. territory.  It's simple, accompanied mostly by piano and sax.  It's not bad, but it doesn't sound like 1985 if you ask me, other than maybe the reference to the Rockford Files.  It's not a song that would pull me into listening to his music, that's for sure.

Truth Will Set You Free - This has a nice, building intro that's somewhat carried through the songs by the drumming.  This is definitely a religious song (no problems there in general, though I'm not a fan of worship music because of it's repetitious style, nothing else) and the band is set up like the bands set up in contemporary church services.  It's a good track and I bet it would probably sound better on the studio version.

Mask Machine - This is a cool song.  I actually own this album.  Seems like I didn't like the album overall quite as much as I did the debut, but I can't remember for sure.  Casey McPherson is a very good vocalist.  Also, Portnoy doesn't overplay the drums, which is a good thing, and the guitar solo by Morse is terrific.  Nice.

BLACK AS THE SKY ...  Cool band! Morse is a phenomenal keyboard player as well.  This the one album I do own of theirs and I happy to have bought it, its one of those impulse buys that actually paid off.

MASK MACHINE ...  Another cool band, but I still prefer their debut album and I have no reason why becuase the second album is very good as well.  I need to get this one ut and spin it again!

HEAVEN SMILED ... I own this album and I dont care for it, dont get me wrong, I dont hate it, but I dont listen to it anymore at all.. So its a candidate for return to the used CD store, but I doubt it will make it into my final give back stack because I keep thinking Im missing something.  At least I keep trying.

The Light - 16:23 I'll never get back.  Awful quality and a very uninteresting song to boot.

Heaven Smiled - I hesitate to say this is bad, but it really doesn't do anything for me.  It just feels kind of generic.

Agenda - This is much, much better.  I have this album and I like it.  I remember that this song didn't do it for me at first, but it's quite catchy.  The more you hear it, the more you wanna repeat the chorus.

Transatlantic - Meh.  It's not bad, but that's about the best thing I can say.  I do enjoy hearing Ted Leonard sing, so there is that.

Gotta say, this selection wasn't as good as I was hoping for.  But I do appreciate the posting (except for the sixteen minute song).

Remember, I try to post my favorite-songs (if they are not overplayed) by the bands/artists I chose, but usually, there are no video's or concertclips from around the time of the release of the song on youtube for me to post, so I have to pick from what I can get.

Furthermore, I try to cover a bands/artist career, or at least from the years, I think they released great music.

I would definitley had picked other songs from Testimony 2, Spocks Beard and the last two albums, Morse released, if I could.