VIDEO'S OF THE WEEK: STEVE WINWOOD 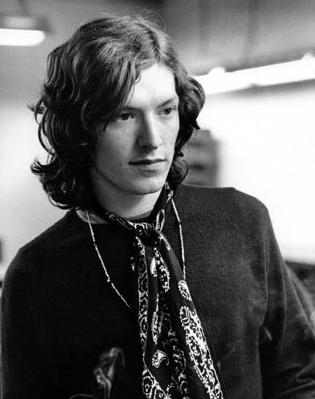 In 1988, I became aware of Steve Winwood, not until then. I've probably heard him on the radio, but I didn't notice his name until 1988, when a radiostation I was listening to each day, played several songs from his album "Roll With It" almost everyday in a periode. I actually though, he was african-american/english, so I was in for a surprise, when I eventually saw a picture of him. I got "Roll with It" as a Christmas-present in 1988, and I liked it a lot. But it's not an album I've listened to the last couple of decades. Wiki: Stephen Lawrence "Steve" Winwood (born 12 May 1948) is an English musician whose genres include rock, blue-eyed soul, rhythm and blues, blues rock, pop rock, and jazz. Though primarily a vocalist and keyboardist, Winwood also plays bass guitar, drums, guitar, mandolin, violin, and other strings.Winwood was a key member of The Spencer Davis Group, Traffic, Blind Faith and Go. He also had a successful solo career with hits including "While You See a Chance", "Valerie", "Back in the High Life Again" and two US Billboard Hot 100 number ones: "Higher Love" and "Roll with It". He was inducted into the Rock and Roll Hall of Fame as a member of Traffic in 2004.In 2005, Winwood was honoured as a BMI Icon at the annual BMI London Awards for his "enduring influence on generations of music makers." In 2008, Rolling Stone ranked Winwood #33 in its 100 Greatest Singers of All Time. Winwood has won two Grammy Awards. He was nominated twice for the Brit Award for Best British Male Artist: 1988 and 1989.

"Keep on Running" was written by Jamaican singer-songwriter Jackie Edwards, who as well as having a successful singing career, was working in the UK for Island Records as a songwriter. The song was recorded by Edwards for his 1965 album Come on Home, and he recorded it again in the mid-1970s for his Do You Believe In Love album.The song was most successfully recorded by The Spencer Davis Group and released as a single in November 1965 on Fontana Records, backed with "High Time Baby". At the time, Chris Blackwell, who produced the recording, was trying to get his Island label established in the UK and was managing the Spencer Davis Group. He was lent funding from Scala Brown Associates for the single by offering a sizable share of his label as security; The success of the single meant that he was quickly able to repay the loan. It was a number one hit on the UK Singles Chart in January 1966. In the United States it reached number 76.This version was included in the soundtrack of the 1988 film Buster and was used during the film's opening sequence that saw "Buster Edwards" (Phil Collins) steal a suit from a shop window for a friend's funeral. The song was included on the cassette and vinyl formats of the soundtrack, but omitted from the CD version for 'legal reasons'.

"Dear Mr. Fantasy" is a rock song by Traffic from their 1967 album, Mr. Fantasy. An extended live version (10:57) of the song also appears on the 1971 Traffic album Welcome to the Canteen. The lyrics were written by Jim Capaldi, while the music was written by Steve Winwood and Chris Wood.

Blind Faith is the self-titled and only studio album by the English supergroup Blind Faith, originally released in 1969 on Polydor Records in the United Kingdom and Europe and on Atlantic Records in the United States. It topped the album charts in the UK and Canada as well as the Billboard 200, even peaking at No. 40 on the Billboard Soul Albums chart, an unusual achievement for an English rock quartet. It has been certified platinum by the RIAA. In addition, Rolling Stone published three reviews of the album in their 6 September 1969 issue, which were written by Ed Leimbacher, Lester Bangs, and John Morthland.

STEVE WINWOOD - WHILE YOU SEE A CHANCE

"While You See a Chance" is a song performed by Steve Winwood in 1980,[1] who also wrote it alongside Will Jennings. It was released on his album Arc of a Diver[2] and peaked at #7 on the Billboard Hot 100 in April 1981, and also reached #68 on the Billboard Top 100 for the year 1981; however, it only reached #45 in the UK.The song's keyboard introduction was not originally intended to be part of the song. The track was thrown together fairly quickly after Winwood discovered that he had accidentally deleted his intended drum track introduction while preparing for vocals. He wrote a new introduction on the spot as a replacement.Many radio stations, when the song was released, played the version of the single used in the video, which cut the song's length from 5:15 to 3:55. The edit occurs in the middle of the song, immediately following the lyric "Don't you wonder how you keep on moving? One more day, your way." In the full version, Winwood follows this line by repeating the words "Oh, your way," while in the short version, an instrumental passage follows immediately.

STEVE WINWOOD - ROLL WITH IT

"Roll with It" is a song recorded by Steve Winwood for his album, Roll with It, released on Virgin Records. It was written by Winwood and songwriter Will Jennings. Publishing rights organization BMI later had Motown songwriters Holland-Dozier-Holland credited with co-writing the song due to its resemblance to the Junior Walker hit "(I'm a) Roadrunner".The single spent four weeks at No. 1 on the Billboard Hot 100 singles chart in the summer of 1988. It topped the Billboard adult contemporary chart for two weeks, and also spent four weeks at No. 1 on the Billboard mainstream rock chart. In addition, the song reached No. 30 on the R&B chart. In the United Kingdom, the song reached No. 53 on the UK Singles Chart.The song "Roll with It" was nominated for two Grammy Awards in 1989, Record of the Year and Best Male Pop Vocal performance. The album Roll with It was also nominated as Album of the Year.

THE SPENCER DAVIS GROUP - KEEP ON RUNNING
Looks like a regular Joe straight off the farm, but what a distinct voice! Can’t help but think this would have been a hit in the 80’s had Phil Collins covered it. No idea why that thought came to my mind. That’s the shortest video you’ve ever posted.

TRAFFIC – DEAR MR FANTASY
I bought few traffic CD’s on a whim because I liked the soundbites and tey were really cheap, glad I did to. The three I picked up are really very good but I don’t have this one. Love that guitar, have to take a look at this album soon

BLIND FAITH - SEA OF JOY
This guys a huge part of rock history, I knew that but I’m not sure I really understood that though, watching these makes it clear. As much I liked tis song and video the Traffic song is the one sticking with me now

STEVE WINWOOD - WHILE YOU SEE A CHANCE
This was the only Winwood album I’ve owned for years and years until you all came along, so of course I’m going to like this. It was a very popular song in the states, and frankly the album is good as well.

STEVE WINWOOD - ROLL WITH IT
Overplayed in 1988? You betcha… Sounds good now? You Betchta. I have a couple more of his solo efforts that I’ve not paid enough attention to.

Nice work Niels! So much better than that Euro-MidEvil-NuMetal-Whatever it was stuff…

I'm still not done with the Euro-midEvil-NuMetal-Whatever stuff-bands, I'm afraid

I've been thinking about increasing my Steve Winwood collection lately, so this timing is pretty good.

SDG - I've heard a couple of their songs recently and they were okay.  This one is just okay.  It really doesn't sound like him to me, at least not what he sounded like in his famous solo years.

Traffic - Now, this is more like it.  I just bought the studio album with this on it a few weeks ago.  It will probably make an appearance in AOTW soon.  The guitar solo is awesome to listen to.  And there is the voice that I'm more familiar with. Dude could/can sing, that's for sure.  Really like this one.

BF - This is another nice one.  It does sound almost out of key though, like he's having a hard time hitting some of the notes.  He looks so young but his voice sounds so old.  Man, that guitar playin'...

SW - Ah yes, the pop years.  I remember not being much of a Steve Winwood fan when this came out, but I've come to like it much more these days.  I remember being sick of hearing the album title.  But now I'd like to buy the album.  I just read that he performed all of the instruments on the album, a true solo album.  He had a pretty good run of four albums in the 80's.  Of these to songs, I prefer the former, but the latter isn't bad either.