VIDEOS OF THE WEEK: BOB DYLAN 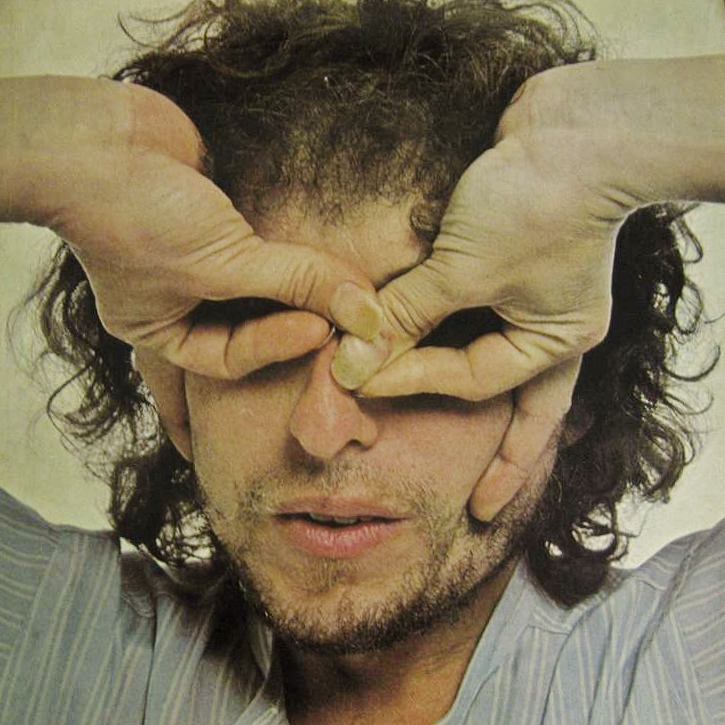 Just like in the cases of Tom Waits and Frank Zappa, Bob Dylan needs his own VOTW-special, especially while I'm in charge. As I've said before, I was around 40, until I became a fan of Dylan. Just like I've tried a few times, being a fan of Hendrix, I bought one or two albums in the 90's, but I couldn't "get in to" them. But when I saw the film "No Direction Home" in 2005, an awesome documentary by Martin Scorsese, I finally "got it", and bought a lot of cd's and stuff. I even saw Dylan live in 2013. At first, I was only a fan of the "pre-motorcykle accident in 1966" Dylan, but after buying all of the "Bootleg Series" (at this moment, there are 11 of them, and they are AWSOME. All unreleased material, and it's incredible how much gold, there's in the vault, regarding Dylan's music), and especially Vol 8 from 2008, I realized, that he has released great music ALSO way after 1966, almost up to date. The below video's are not necessarily my favorite songs by Dylan, except for the first two, but I wanted to post video's from different stages of his VERY long career. Has this got something to do with the fact, that Dylan just won some norwegian prize. Maybe?!:


THE TIMES THEY ARE A CHANGIN'


"Don't Criticize, what you can't understand". Probably my favorite Dylan-song.

BALLAD OF A THIN MAN

From the film "No Direction Home". Some among the audience at this time hated the fact, that Dylan had switzed to electric music. They wanted him only to play folk-music on his accustic guitar. I wonder why THEY didn't left, instead of asking Dylan to leave the concert? They even shouted "Judas" at him.

TANGLED UP IN BLUE


In 1975, Bob Dylan released his fifteenth studio album, Blood on the Tracks. Taken from the cult classic Renaldo and Clara, you can watch Dylan's riveting live performance of Tangled Up in Blue now.


Bob Dylan performs "Rainy Day Women #12 & 35" live via satellite for the Farm Aid concert in Austin, Texas on July 4, 1986. Now, "Rainy Day.." is a great track on the "Blonde On Blonde"-album from 1966 (one of the, if not THE first double-albums), but in the case of Dylan, he almost never plays the songs the same again, and quite a few of his live performances are not as good, as the "original studio-version", which in many, many cases, has many, many different versions of). This version is from the 80's, which was a rather "weak" decade for Dylan. Maybe except for 1989, when he became a memeber of The Travelling Wilbury's.

In 1997, Bob Dylan released his thirtieth studio album, Grammy Album of the Year award winning Time Out of My Mind - watch the official music video of 'Love Sick' now, taped live at the 1998 Grammy's. Dylan on lead-guitar. He is/was a great musician, on both piano and guitar, especial accustic. Don't mention the Harmonica, because I'm definitely not a fan of that instrument either.

The Times - First off, admit it, Dylan is not a good singer.  That being said, he certainly has a uniqueness to his voice. This is a well written song, of course.  A classic.  But it sounds country.  I don't understand how anyone that constantly says they don't like country can turn around and say they like Dylan.  Just an opinion, of course.  Anyway, as I step down off of my soapbox, I'll say this is a good song.

Ballad - I can see where he sounded different musically when he went electric, but it cracks me up how people get so mad about stuff like that.  The song is pretty good.  It sounds like a blues song to me.

More later.  Out of time this morning.

Tangled - This is a pretty good story song. That's the type of folk music I like. Well, I guess most folk music is like that. So is Americana. I'm not a big fan of the harmonica, but I do love the acoustic guitar. And I can only imagine how hard it is to play that guitar and that harmonica at the same time.

Rainy - I've heard this song before. I've also seen the title many times, but I never realized they were the same song. How 'bout that. It's okay. Never been into getting stoned so maybe that's why this song doesn't particularly appeal to me.

Love Sick - Never heard this one, but I like it. I never had any idea that he was a good musician, but I definitely enjoyed his playing here. This is a really cool electric song, and it has a great vibe. Sounds like it would be a great drinking song. I'll have to look up the studio version one of these days.

Nice job on this one Niels. I have been thinking about picking up some of his work. I have even thought about splurging on his box set that has almost 50 albums in it. It's about 220 US dollars right now, maybe for Christmas.

Permalink Reply by Niels (Mod) on October 22, 2016 at 3:40am
You should do it. I would'd loved to experience some of those albums for the first time again.

As much as everyone enjoyed the Tom Petty series I did a while back, I'm sure they would love a one year trip through Dylan's catalog.