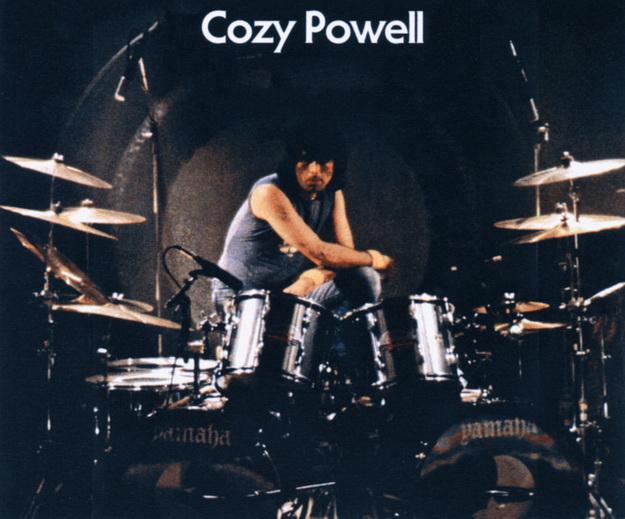 This week's VOTW is a Cozy Powell-special.

Cozy Powell is definitly in my Top 5-drummers list, and I was lucky enough to catch him live with Whitesnake in January 1983. We need some information from wiki: "Colin "Cozy" Trevor Powell (29 December 1947 – 5 April 1998) was an English rock drummer, who made his name with many major rock bands like The Jeff Beck Group, Rainbow, Whitesnake and Black Sabbath.Powell had appeared on at least 66 albums, with contributions on many other recordings. Many rock drummers have cited him as a major influence."

The first time I became aware of Cozy Powell was on his single "Dance With The Devil" from 1974, which was a minor hit in Europe. I loved the drum-riff back then, but come to think of it, it probably took a few years, until I was aware, who he was.

1975 he joined Rainbow. Powell and Ritchie Blackmore were the only constants in the band's line-up over the next five years. This is my absolute favorite Rainbow-song, and a great drum-intro. Probably one of the 3 greatest drum-intros ever (IMO) (the other two appear on the same album: "Diary Of A Madman" and was played by another favorite drummer of mine: Lee Kerslake).Powell decided to leave Rainbow, although not before they headlined the first ever Monsters of Rock show at Castle Donington, England on 16 August 1980. The festival was Powell's last show with the band. (he played in Rainbow at the same time as Bob Daisly in 1977)

MSG - INTO THE ARENA (COZY POWELL) 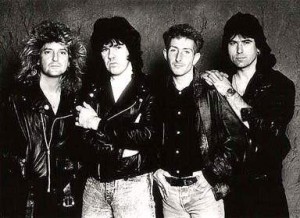 In 1989 he worked in Gary Moore's band (at the same time as Bob Daisly), but Moore and Powell in the same band did not work out.

From 1988-91 he was the drummer in a band called "Black Sabbath", but if you ask me, not the REAL Black Sabbath (as Daisly before him, had played bass on the Erternal Idol, Powell played drums on Headless Cross), but in 1990 Ronnie James Dio and Geezer Butler joined Tony Iommi and Cozy Powell to begin working on the next Black Sabbath release. While rehearsing in November, Powell suffered a broken hip when his horse died, falling on the drummer's legs. Unable to complete work on the album, Powell was replaced by former drummer Vinny Appice, reuniting the Mob Rules era line-up. Powell died on 5 April 1998 following a car accident while driving his Saab 9000 at 104 mph (167 km/h) in bad weather on the M4 motorway near Bristol.

Love this one that Cozy played drums on.....Brian May's "Back To The Light"!

Yeah, there are quit a few video's and bands to pick from, when it's regarding Powell.

I strongly considered something from Jeff Beck Group, and come to think of next week's VOTW, I probably should had done it

Well, I have certainly heard of Powell, but I've never seen him or really given attention to the fact that he was drumming on stuff I was listening to.

Stargazer - I agree, that's a terrific drum intro.  This is a cool song, though possibly a bit too long.  The video is a performance piece for the most part, with a few still photos and at least one desert scene (which makes no sense) thrown in for good measure.  This one gets two thumbs up.  Even though the video isn't particularly special, it gets the benefit of a doubt simply because of the "cool" factor.

Arena - I've never given much thought to MSG either.  I would have never known Powell was in that band if you hadn't told me.  The video is another live performance, which makes sense since it's a live version.  I'll go thumbs sideways for the video.  The bassist and Powell are tearing it up.  The song overall gets a thumbs sideways, with a thumbs up to CP's performance.

Slow/Easy - This is more familiar to me.  But I didn't know anything about Whitesnake until after the 1987 album.  I've always liked their videos, especially from the 1987 album, but this one is cool to.  Mostly performance, but Coverdale and his band were definitely cool.  I love the machine gun style of drumming that Powell plays on this, and any time I hear it in a song I think of Whitesnake.  Two thumbs up for this one, video and song.

Cross - I did not listen to Black Sabbath until the last few years, going back and picking up many of their albums.  This is one I haven't picked up.  I saw it in the used CD store, but it looked fake for some reason, so I left it.  This is definitely steeped in late 80's sound and production.  I like the song, but I can see that it wasn't particularly radio friendly.  I also don't remember the video at all, but I would have liked it back then, the performance mixed with "acting".  I like it now too.  So another double thumbs up.

Good job Niels.  I enjoyed this and up next (at work) is SHT.  It's gonna be a good day.

I'm glad to give you new information.

Thanks for the comments.

I think its cool that we seen him on the same Whitesnake tour and then many years later we connect and were here still talking about it!  The interwebs are awesome! Its interesting to know that Jon Lord played on the album but no keyboard player is in the video, not to detract from the Powell, but that stood out to me.

The Rainbow video is great!, but Wow! Look how young Schenker is!!!  This is my favorite of all the videos in this post, it really showcases how smooth his playing is and the camera gives him some airtime!

The Black Sabbath he played in was totally lost to me, way off my radar at the time.  Its not terrible though the production is really dated.

I loved his drumming, maybe it was his name that stood out at first but his ability took over and he will forever be remembered!  Great post!

Even though, I also think it's cool, I don't think, it was the same tour? "My" tour was the "Saint & Sinners"-tour in Jan. '83, just a month or two after the release. I thought, you said, you saw Whitesnake on the "Slide It In"-tour? That album was released in March '84, or something like that. Later John sykes joined the band, and they re-recorded the guitars. I think, that's the reason for no Jon Lord in the video, because he was already out of the band, along with Moody and Neil Murray. It sounds to me, like the guitar-solo, is Sykes, and not Micky Moody, who played on the album, I bought on the relasedate in March '84. Who were in the band you saw in concert?

I agree that the "Black Sabbath"-video is very dated. I should had posted a Jef Beck-video instead.

Permalink Reply by Scott on May 29, 2015 at 6:52am
They were the openers for Quiet Riot who just released Condition Critical. So you're right it was 84 and Slide It In was out. Close enough though. ....