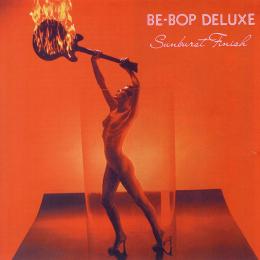 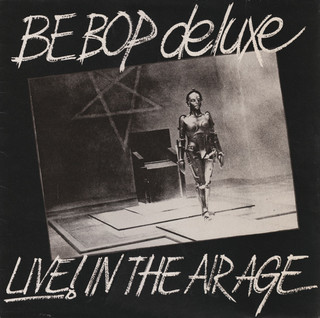 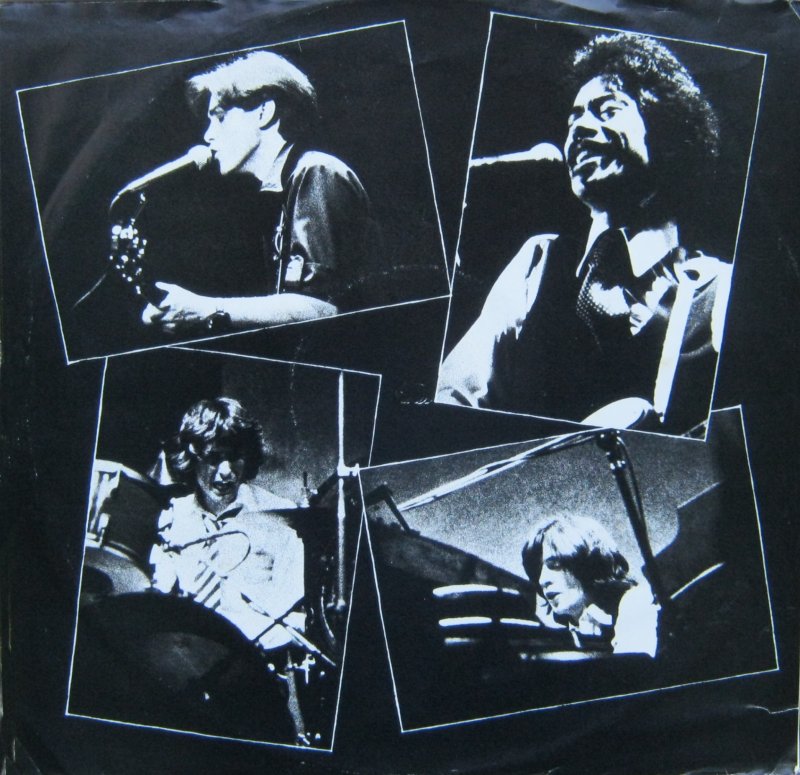 Be-Bop Deluxe was founded in Wakefield, West Yorkshire, England, by singer, guitarist and principal songwriter Bill Nelson in 1972. The founding lineup consisted of Nelson, guitarist Ian Parkin, bassist and vocalist Robert Bryan, drummer Nicholas Chatterton-Dew, and keyboardist Richard Brown (who left in December of that year).[1] They started off playing the West Yorkshire pub scene, with one regular venue being the Staging Post in Whinmoor, Leeds. They never played bebop music, but instead came out of the blues-based British rock scene of the late 1960s. At first they were compared to the more successful David Bowie, but Nelson never tried to copy Bowie, and appears to have disliked comparisons or being pigeon-holed. This artistic restlessness eventually led him to disband Be-Bop Deluxe altogether and pursue less commercial paths of expression.

The initial lineup of the band only lasted for one album, 1974's Axe Victim, and a short tour. Shortly after this, Nelson dissolved the band and reformed the group with a new lineup, which comprised Nelson, bassist Paul Jeffreys, keyboardist Milton Reame-James, and drummer Simon Fox. However, Jeffreys and Reame-James subsequently departed the band, and New Zealand-born bassist-vocalist Charlie Tumahai (formerly of Australian bands Mississippi and Healing Force) joined in late 1974. This lineup recorded the Futurama album, before being joined by supplementary keyboardist Andrew Clark for the subsequent tour. Clark became an official member of the band after the tour, and this lineup existed for all of the band's subsequent albums, and was the last lineup before the band was dissolved again in 1978. Jeffreys died in the bombing of Pan Am Flight 103 over Lockerbie, Scotland.

Nelson was acclaimed as one of the finest guitarists in British rock at the time, and the music confirmed that, with his distinctive tones adorning most tracks. Stylistically, the songs took elements from progressive rock, glam rock (the band had flirted with make-up in the early days) and hard guitar rock. Ships in the Night was their most successful single in the UK and US.

Bill Nelson planned to reform Be-Bop Deluxe in the nineties with his brother Ian Nelson, but the reunion never materialised. The subsequent deaths of Be-Bop Deluxe members Ian Parkin and Charlie Tumahai in 1995, along with the death of Ian Nelson in 2006, mean that a future reunion of the band is unlikely.

In 2011, EMI upgraded the Be-Bop Deluxe catalog remastered by Peter Mew featuring all of the band's original albums. EMI and Bill Nelson chose to include all of the band's albums, single edits and b-sides as part of this release with the exception of the Smile independently released single "Teenage Archangel" / "Jets At Dawn" as part of this set. Although Nelson did not supervise the release he gave final approval on the remasters and agreed to provide a disc of rarities to help sell the set if EMI paid him royalties on the release.

Some of my favorite guitar work on the Live! In The Air Age album on the cuts Adventures In A Yorkshire Landscape & Shine. Bill Nelson is amazing!