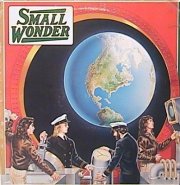 Small Wonder was a Canadian band, formed around singer and violinist Henry Small. The other members were keyboardist Jimmy Phillips, guitarist Jerry Morin and drummer Billy King. Phillips and Morin are exceptionally skilled players, but it is Small’s remarkable voice that carries the album. With a skill set similar to Chuck Negron or Steve Perry, Small’s voice is perhaps better suited to AOR ballads than the symphonic pop that appears on Small Wonder, but it’s great to hear that kind of voice on this up-tempo, melodic material. Previously, Small had worked in the band Scrubbaloe Caine with future Loverboy guitarist Paul Dean, scoring a handful of Canadian hits and releasing one album, Round One, in 1973. As noted above, the music on Small Wonder is perhaps best described as symphonic pop—richly arranged and featuring detailed, often baroque keyboard passages. Phillips, Morin and Small share roughly equally in the songwriting credits on Small Wonder, with five of the nine songs being collaborations. The opening track, “It Was Meant to Be,” features layers of piano and ARP synthesizer lines over a rhythm section reminiscent of some of the Afro-Cuban rock of the period: simple, but syncopated, drum patterns and busy, funky basslines. It also has the tight, stacked harmonies that characterize all the songs on the albums. “Time is Passing Me By” has all the same elements along with a solid guitar solo that just drips ’70s AM radio. “One Way Train” is the first track with Small’s violin, which complements Phillips’ baroque keyboard parts. Vocals soar here as well. “Pray for the World” begins with a vocal set piece similar to Kansas’ “Carry On Wayward Son,” but kicks into a soulful pop-funk that thankfully distracts from the preachy lyric. “Be Yourself” is straight-ahead ’70s pop, with a four-on-the-floor beat and virtually none of the symphonic flourishes that adorn the other songs on the album. Side two opens with a pseudo-R&B number, “Why Walk When You Can Dance,” that has an incongruous double-time barrelhouse piano break that brings Shakey’s Pizza to Soul Train. “You and I” is one of two ballads on the album and is a pleasant enough love song that is interesting in that it strings together five different musical sections before returning to the top. The closing number, “Atlantis,” is Small Wonder’s tour-de-force: a five-and-a-half minute incantation seeking the rising of the Atlantean continent. The lyrics are silly, in my opinion (do the Atlanteans really hold the key to ending poverty and unemployment in modern industrialized nations?), but the track has a solid build and showcases Phillips’ prowess with some of the fastest keyboards runs ever recorded. 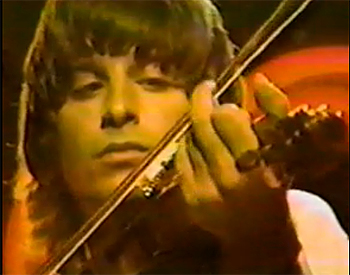 Small Wonder released a second album, Growin’, in 1977. This time their approach took a decided turn toward AOR and the album, while perhaps more fully realized, was not as engaging or unique as the debut. Neither album was a commercial success and, consequently, Small Wonder packed it in. Small and Phillips went on to work with Burton Cummings’ band, and in late 1980, Small became the lead singer of Prism, releasing a pair of albums, Small Change and Beat Street. Who fans might remember Small as a main composer and singer on John Entwistle’s 1996 album, The Rock.