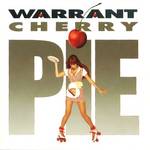 Some people love 'em, some people hate 'em. This group is for the former. Those who love 80's hair bands!!!

Glam metal (also known as hair metal) is a subgenre of heavy metal that arose in the late 1970s and early 1980s in the United States, particularly on the Los Angeles Sunset Strip music scene. It was popular throughout the 1980s and briefly in the early 1990s, combining the flamboyant look of glam rock and playing a power-chord based heavy metal musical style. "Hair bands" was the derogatory term popularized by MTV in the 1990s and derives from the tendency among such bands to have styled their long hair in a backcombing fashion. Characteristics Twisted Sister were typical of the glam metal look with long shaggy or backcombed hair, accessories, metal studs and leather, and makeup during their live performances.Musically, glam metal songs are traditional heavy metal songs with pop-influenced catchy hooks and guitar riffs. Like other heavy metal songs of the 1980s, they often feature shred guitar solos. The drums in glam metal usually have very high reverb. Singing is usually high and high screams are very common. Glam metal performers became infamous for their debauched lifestyles of partying all night, long bleach blonde hair, use of make-up, black and neon pink clothing, spikes, tight black denim or leather pants, spandex, and headbands. Origins (1970s) The glam metal visual style was heavily influenced by 1970s glam rock, hard rock, and heavy metal acts. Stephen Davis claims the influences of the style can be traced back to acts like Aerosmith, Kiss, Boston, Cheap Trick, and The New York Dolls. The shock rock style of such acts as Alice Cooper would also serve as a major influence on the genre. Finnish rock band Hanoi Rocks have been credited for setting a blueprint for the look of hair metal. Ted Nugent has been cited as a seminal influence on the hair metal movement. Angel provided a, "virtual spot-on blueprint for '80s hair metal."
In the United States, many fans credited that the movement on the Sunset Strip was kick-started largely by Van Halen. Other early groups were Mötley Crüe and Nikki Sixx's former band London who originally formed as a glam rock band. Others assert that it was kick-started by Quiet Riot's Metal Health album when it reached #1 in the Billboard music charts in 1983. These bands played a prominent part in the overall look and would go on to influence a lot of the bands who formed from the mid-1980s onwards. During 1980 in England, one year prior to Mötley Crüe's formation, Wrathchild, fronted by Rocky Shades, also emerged. This band was also known for its similar image; they also used various pyrotechnics similar to that of shock rock and would eventually tour with Los Angeles heavy metal band W.A.S.P. in 1984. However, Wrathchild did not gain the same level of fame as their Los Angeles contemporaries.

You need to be a member of HAIR BANDS to add comments!