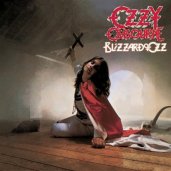 John Michael "Ozzy" Osbourne (born 3 December 1948) is a British singer-songwriter, whose career has spanned four decades. He rose to prominence as lead vocalist of pioneering British heavy metal band Black Sabbath, and eventually achieved a multi-platinum solo career between the early 1980s and mid 1990s which revolutionized the heavy metal genre. Osbourne is ranked 8th on Hit Parader's list of the 100 Greatest Heavy Metal Vocalists of all time.Osbourne was born in Aston, Birmingham, England, on 3 December 1948. To support their six children, his father Jack worked shifts as a toolmaker at GEC while his mother Lillian worked for the car components firm Lucas. Osbourne reportedly suffered from learning difficulties (claiming to be dyslexic) making life at Prince Albert Road Junior School and Birchfield Road Secondary Modern School in Perry Barr difficult for him. The nickname "Ozzy" began when he was still in primary school, Osbourne has since not recognized himself by the name "John". However, he enjoyed music and took part in school plays. Starting at age 14 he became a great fan of The Beatles upon hearing their first hit single. He left school at 15 and was then employed as a construction site labourer, trainee plumber, apprentice toolmaker, car factory worker and slaughterhouse worker. He also spent a few weeks in Winson Green Prison, when he was unable to pay a fine after being found guilty of burglary of a clothes shop. Osbourne would later form a band with former Birchfield Road School classmate Tony Iommi, after he auditioned for lead singer. During this time, psychedelic rock was enormously popular. To distinguish themselves from the norm, Iommi and his partners decided to play a heavy blues-inspired style of music laced with gloomy lyrics. Early names for the band included Polka Tulk and Earth. They later learned of another travelling band of the same name. One day during rehearsals, the band noticed people queueing up outside a cinema where a horror film was being shown, and bassist Geezer Butler observed how much many people enjoy being frightened. The film these fellows were waiting to see was the Mario Bava-directed Black Sabbath. After reading an occult book he borrowed from Osbourne, Butler had a dream of a dark figure at the end of his bed. Afterwards, Butler told Osbourne about the dream and Osbourne wrote the lyrics to "Black Sabbath", one of their first songs in a darker vein. It was the prototype of the songs that became their main style later in their career. In 1979, Osbourne was fired from Black Sabbath largely for unreliability due to substance abuse that the band felt was excessive compared to their own drug and alcohol consumption. He was replaced by former Rainbow singer Ronnie James Dio.

In the late 1970s, the band Necromandus rehearsed with Ozzy Osbourne and briefly became the first incarnation of his Blizzard of Ozz solo project. The Ozzy Osbourne Band began as The Blizzard of Ozz, formed by Osbourne's new manager and future wife, Sharon Arden. The first line-up of the band featured drummer Lee Kerslake (of Uriah Heep), bassist/lyricist Bob Daisley (of Rainbow and later Uriah Heep), keyboardist Don Airey and guitarist Randy Rhoads (of Quiet Riot). The record company would eventually title the record Blizzard of Ozz credited simply under Osbourne's name. Largely written by Daisley and Rhoads, Osbourne met with considerable success on his first solo effort, the debut collection selling well with heavy metal fans. A second album, Diary of a Madman featured more of Bob Daisley's song writing and guitar work by Randy Rhoads, who was ranked the 85th greatest guitarist of all time by Rolling Stone magazine in 2003. On 19 March 1982 while in Florida for the follow-up album Diary of a Madman tour, and a week away from playing Madison Square Garden in New York City, a light aircraft piloted by Andrew Aycock (the band's tour bus driver) carrying guitarist Randy Rhoads crashed while performing low passes over the band's tour bus. In a prank turned deadly, the right wing of the aircraft clipped the bus, grazed a tree, and crashed into the attached garage of a nearby mansion bursting into flames, killing Rhoads, Aycock, and the band's hairdresser, Rachel Youngblood. On autopsy, cocaine was found to be present in Aycock's urine. Learning of the death of his close friend and band mate, Osbourne once again fell into depression. The record company gave Osbourne a break from performing to mourn for his late band member, but Osbourne stopped work for only one week.

Ex-Gillan guitarist Bernie Torme was the first guitarist to replace Randy once the tour resumed. Torme however, departed the band to focus on his solo career. His tenure with the band would last less than one month.

During an audition for guitarists in a hotel room, Osbourne selected Brad Gillis, (who went on to be one of two guitarists in Night Ranger) to finish the tour. The tour continued, culminating in the release of the 1982 live album, Speak of the Devil recorded at the Ritz in New York City. A live tribute album for Rhoads was later released. This album would also feature a studio song by Randy, taken from studio outtakes, called "Dee" in honour of his mother. that her vocal not be restored for the hits package, so new vocals by Kim Basinger were added to complement Osbourne's lead. Jake E. Lee, formerly of Ratt and Rough Cutt, was a more successful recruit than Torme or Gillis, recording 1983's Bark at the Moon (co-writing the album with Bob Daisley, and also featuring Tommy Aldridge, and former Rainbow keyboard player Don Airey). 1986's The Ultimate Sin followed (with bassist Phil Soussan and drummer Randy Castillo), and touring behind both albums with ex-Uriah Heep keyboardist John Sinclair joining prior to the Ultimate Sin tour. In late 1986, Osbourne was the target in the first of a series of US lawsuits brought against him, alleging that one of his songs, "Suicide Solution", drove two more American teenagers to commit suicide because of its "subliminal lyrics". The cases were decided in Osbourne's favour, essentially on the premise that Osbourne cannot be held accountable for a listener's actions. It also helped that the song was clearly about alcohol abuse and "suicide solution" was a play on words. Soon after, Osbourne publicly acknowledged that he wrote the song about his friend, AC/DC lead singer Bon Scott, who died from alcohol abuse, and that solution referred to both alcohol as a solution to problems and as a chemical solution. Bob Daisley, however, asserts that he wrote this song and that it was about his concerns over Osbourne's own ongoing battle with substance abuse.

Lee and Osbourne parted ways in 1987, however, reportedly due to musical differences. Osbourne continued to struggle with his chemical dependencies, and commemorated the fifth anniversary of Rhoads' death with Tribute, the live recordings from 1981 that had gone unreleased for years. In 1988, Osbourne appeared in The Decline of Western Civilization II: The Metal Years and told the director, Penelope Spheeris, that "sobriety fucking sucks." Meanwhile, Osbourne found his most enduring replacement for Rhoads to date — a guitarist named Zakk Wylde. Wylde joined Osbourne for his 1988 effort, No Rest for the Wicked, in which Castillo remained on drums, Sinclair on keyboards and Daisley once more returned to co-writing/bass duties fresh from a stint in Black Sabbath the previous year. The subsequent tour saw Osbourne reunited with erstwhile Black Sabbath bandmate Geezer Butler on bass, and a live EP (entitled Just Say Ozzy) featuring this lineup was released two years later. Geezer continued to tour with Osbourne for the subsequent four tours, and was a major stage presence throughout. In 1989, Ozzy Osbourne performed as part of the Moscow Music Peace Festival.

You need to be a member of Ozzy Osbourne to add comments!