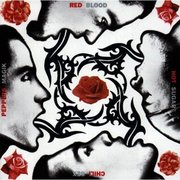 Few rock groups of the '80s broke down as many musical barriers and were as original as the Red Hot Chili Peppers. Creating an intoxicating new musical style by combining funk and punk rock together (with an explosive stage show, to boot).

Red Hot Chili Peppers is an American funk rock band formed in Los Angeles in 1983. The band's current line-up is Anthony Kiedis (vocals), Michael "Flea" Balzary (bass), Chad Smith (drums) and Josh Klinghoffer (guitar). Their musical style has fused traditional funk with elements of other genres including hip hop, punk rock, and psychedelic rock.
The group originally featured guitarist Hillel Slovak and drummer Jack Irons. Slovak, however, died of a heroin overdose in 1988, resulting in Irons' departure. Irons was replaced briefly by former Dead Kennedys drummer D.H. Peligro before the band found a permanent replacement in Smith, while Slovak was replaced by guitarist John Frusciante. This lineup recorded the band's fourth, fifth, seventh, eighth and ninth albums, Mother's Milk (1989), Blood Sugar Sex Magik (1991), Californication (1999), By the Way (2002), and Stadium Arcadium (2006).
Blood Sugar Sex Magik was a significant record for the band; having sold over fifteen million copies, it provided the group's initial mainstream commercial success. Frusciante grew uncomfortable with this new found success and left abruptly in the middle of the tour for the album in 1992, descending into heroin addiction. After recruiting guitarist Arik Marshall to finish the tour, Kiedis, Flea, and Smith employed Dave Navarro of Jane's Addiction for their subsequent album, One Hot Minute (1995). Although successful, it did not match the critical acclaim of Blood Sugar Sex Magik and sold less than half the copies of its predecessor. Shortly afterwards, Navarro departed the band due to creative differences. Frusciante, fresh out of drug rehabilitation, rejoined the band in 1998, at Flea's request. The reunited quartet returned to the studio to record Californication (1999), which went on to sell fifteen million units worldwide, becoming their most commercially successful album to date. It was followed three years later with By the Way (2002), which continued their success. In 2006, the group released the double album Stadium Arcadium, giving them their first American number one album.
Red Hot Chili Peppers have won six Grammy Awards. The band has sold over 55 million albums worldwide, has had eight singles in the Top 40 of the Billboard Hot 100 (including three singles in the Top 10), five number one singles on the Mainstream Rock charts, and holds a record of eleven number one singles on the Modern Rock charts. 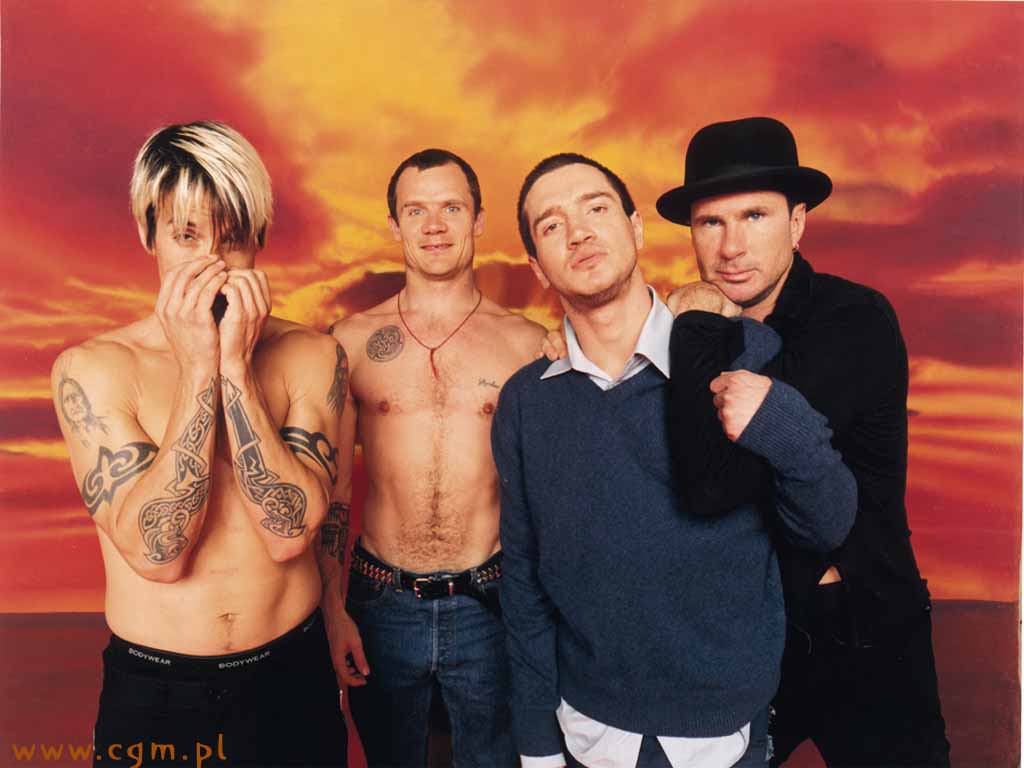 Originally Tony Flow and the Miraculously Majestic Masters of Mayhem, the Red Hot Chili Peppers were formed by Anthony Kiedis, Hillel Slovak, Flea, and Jack Irons while they attended Fairfax High School in California. Tony Flow and MMMM's first performance was at the Rhythm Lounge, to a crowd of approximately thirty people, opening for Gary and Neighbor's Voices. One song had been created for the occasion, which involved the band improvising music while Kiedis rapped a poem he had written called "Out in L.A.". Since Slovak and Irons were already committed to another group, What Is This?, it was intended to be a one time performance. However, the performance was so lively that the band was asked to return the following week. Due to this unexpected success, the band changed its name to the Red Hot Chili Peppers, playing several more shows at various LA clubs and musical venues. Six songs from these initial shows were recorded onto the band's first demo tape.
Several months after their first performance Red Hot Chili Peppers was noticed by EMI and was signed to the record label. Two weeks earlier, What Is This? had also obtained a record deal but with MCA. Slovak and Irons still considered the Red Hot Chili Peppers as only a side project and so they quit to focus on What Is This?. Instead of dissolving the band, Kiedis and Flea decided to recruit new members. Cliff Martinez, a friend of Flea's, was asked to join the Chili Peppers shortly thereafter. Auditions for a new guitarist produced Jack Sherman.

Following the last leg of the tour promoting Stadium Arcadium, the band members took an extended break. Kiedis attributed this to the band being worn out from their years of nonstop work since Californication. Kiedis explained that he was preoccupied with taking care of his new son and possibly creating a short television series called Spider and Son which is set to be a recap of his autobiography, while Flea signed up for a college course in music at USC, Frusciante continued his solo career and released his solo album, The Empyrean, and Chad Smith worked with Sammy Hagar, Joe Satriani, and Michael Anthony in the supergroup Chickenfoot, as well as on his solo project, Chad Smith's Bombastic Meatbats. The band planned to remain on hiatus for "a minimum of one year." The band's only recording during this time was in 2008 with George Clinton (who also produced 1985's Freaky Styley) on his latest album George Clinton and His Gangsters of Love. Accompanied by Kim Manning, the band recorded a new version of Shirley and Lee's classic "Let the Good Times Roll".
In May 2009, Kiedis, Flea, and Smith performed under the name 'The Insects' along with Ron Wood, Josh Klinghoffer and Ivan Neville at the fifth annual MusiCares event honoring Kiedis. He was honored with the Stevie Ray Vaughan Award for his dedication and support of the MusiCares MAP Fund and for his commitment to helping other addicts with the addiction and recovery process. John Frusciante was unable to attend due to commitments in Europe at the time.
In December 2009, Frusciante revealed that he had left the Red Hot Chili Peppers before the start of the year. Frusciante explained on his MySpace page that there was no drama or anger about him leaving the band this time and that the other members were very supportive and understanding. Frusciante said he felt his musical interests had led him in a different direction and that he needed to fully focus his efforts on his solo career.

The Red Hot Chili Peppers ended their two year hiatus in October 2009 and entered the studio to begin working on their tenth album. Speaking to Clash magazine in October 2009, Smith said that the album could be finished "Some time next year, maybe this time [next year]."
The band made their live comeback on January 29, 2010, paying tribute to Neil Young with a cover of "A Man Needs a Maid" at MusiCares. Josh Klinghoffer, who substituted as a second guitarist for the band on their Stadium Arcadium tour, filled in on guitar for the MusiCares performance as well. On February 8, 2010, Klinghoffer was confirmed by Chad Smith as a full-time replacement for Frusciante.
On May 6, 2010, Chad Smith said that the band had around twenty songs written and he expected that recording on the next album would commence in July 2010. Rick Rubin will once again return as producer. Smith commented on their new sound, explaining that Klinghoffer would also sing and play keyboards for the band. Smith also mentioned that as a result of having studied music theory at USC, Flea would incorporate a lot of piano-driven melodies.
In May 2010, it was rumored that Activision is gathering data on whether or not to produce a Red Hot Chili Peppers themed version of the video game franchise Guitar Hero. The game would incorporate unlockable interviews, retrospectives and concert footage. The game would feature songs from the band's entire back catalog, as well as new material from their upcoming tenth album.
On June 23, 2010, Chad Smith confirmed that the band's tenth album would be released in 2011 for which they currently have 4 completed songs. Smith joked that while some of the songs will feature pianos, the album will not sound like an Elton John album. He later stated that he only wished the band could write songs as well as Elton John does.
As of August 27, 2010, the band has been rehearsing at the home studio of former Beach Boys guitarist, Al Jardine. The band plans to enter the studio shortly after rehearsals to finish recording their new album.
The band will begin recording their tenth album on September 13, 2010, according to Anthony Kiedis.

You need to be a member of Red Hot Chili Peppers to add comments!

Comment by RJhog (Admin) on September 12, 2010 at 1:12pm
My favorite RHC's song is Under The Bridge and my favorite album is Californication. I think they'll have a new one before too long.