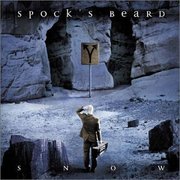 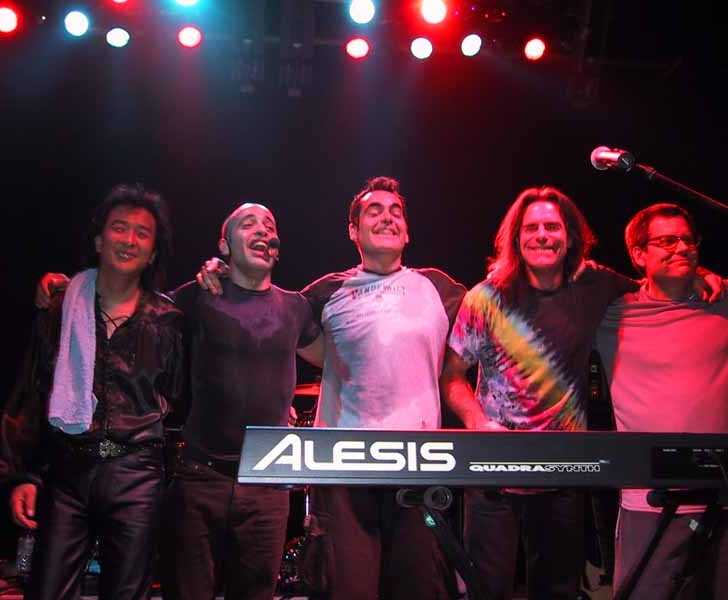 Spock's Beard are a progressive rock band formed in 1992 in Los Angeles by brothers Neal and Alan Morse. Neal played keyboards and was the lead vocalist, as well as being the primary songwriter before leaving the band in 2002 to pursue a solo career. Alan plays electric guitar. The pair teamed with fellow musiciansNick D'Virgilio (drums) and Dave Meros (bass) and released their debut album, The Light, in 1995. The quartet were later joined by veteran keyboardist Ryo Okumoto. Neal Morse departed in 2002, with D'Virgilio taking over lead vocals until his departure in 2011. The band currently consists of Alan Morse, Dave Meros, Ryo Okumoto, drummer Jimmy Keegan (who had toured with the band since 2002 as live fill-in for D'Virgilio) and vocalist Ted Leonard.

The band plays a brand of progressive rock with pop music leanings (drawing much influence from Yes and Genesis). The band is also well known for their intricate multi-part vocal harmonies (such as those found on certain Gentle Giant songs) and use of counterpoint on cuts such as "Gibberish", "Thoughts (Parts I and II)", "A Guy Named Sid Pt.5: Sid's Boy Choir", "Devil's Got My Throat", and "Afterthoughts." 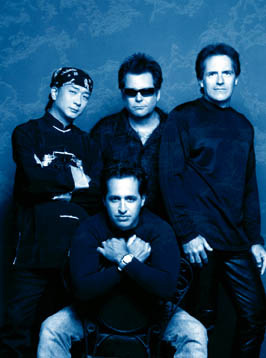 Alan Morse came up with the name after a particularly wild party, where he remarked to his brother, Neal, "It's almost as if we were in an alternate universe, like that one episode of Star Trek where Spock had a beard ["Mirror, Mirror"]. Wouldn't that be a cool name for a band? Spock's Beard." Then, when it came time to choose a name for the band, Alan made a list of over 100 names and threw Spock's Beard on the end as a joke, and the band chose it.[1]

In 2002, the band released the highly acclaimed double-CD concept album Snow, which tells a story of an albino psychic who acquires a messianic following, who spiritually falls and loses the direction of his calling, then to be rescued with new chance to live in harmony. Many listeners and critics have noted the parallels between the storyline of Snow and Neal Morse's own highly-publicized conversion to Christianity.

Following the release of Snow, Neal Morse left the band for a solo career. Drummer Nick D'Virgilio took over the lead singing and songwriting role, in a move reminiscent of Genesis's drummer Phil Collins taking over for Peter Gabriel. Their first album, Feel Euphoria, has a harder-rocking and more experimental sound than the Neal Morse-led band, relying on Alan Morse's guitar to a greater extent.

In early 2005, after a long writing and recording process, Spock's Beard released Octane, their second album after the departure of Neal Morse. This was seen by many fans as a return to a more bright and epic sound after the previous songwriting differences in Feel Euphoria.

As posted on their website on November 8: Their ninth studio album was released on 21 November 2006, simply entitled "Spock's Beard"

A live DVD as well as CD (of the same material) recorded live in Holland in 2007 were released on 13 June 2008 in Germany, Austria and Switzerland, the remainder of Europe on 16 June, and in North America on 24 June.

On 23 July 2009, the band's website announced that most of the material for a new album had been written, and that their tenth album was to be released independently rather than through a record label. Adopting an approach similar to that taken by the band Marillion, Spock's Beard had decided to take pre-orders of the CD before entering the recording studio, to support the production costs. The band expected the album to be released first as a limited edition of 5000 CDs to those who pre-ordered the album, and then available on general release a month later. That album, X, was released in June 2010.

In an interview with Anil Prasad in Guitar Player, SB drummer and lead vocalist and songwriter Nick D'Virgilio says that “From the very beginning, Spock's Beard has been a songwriting-based progressive rock band. [...] In between all the crazy stuff we do, there are always some very memorable melodies that stick in people's heads, and that has helped us cross over into the mainstream a little bit. It's funny—guys sometimes bring their prog-rock-hating girlfriends to our gigs, and our songs will convert them.”[2] The band played the Sweden Rocks festival in June and the UK High Voltage Festival on Sunday 24 July 2011, with Ted Leonard (of Enchant) filling in for Nick on vocals on both occasions. They were joined at High Voltage by Neal Morse, who reunited with the band for the end of "The Light" and "June."[3] Concert Live recorded the performance.[4] Nick D'Virgilio announced his departure from the band on November 18, 2011 for personal reasons and other commitments.[5]

On November 21, 2011, it was announced on the band's official website that Enchant vocalist Ted Leonard and former touring drummer Jimmy Keegan would be the new singer and drummer of the band, respectively. In April 2013 the band, including Leonard and Keegan, released their 11th studio album, Brief Nocturnes and Dreamless Sleep.

They used the crowdsourcing site Indiegogo to fund the mastering of the CD. 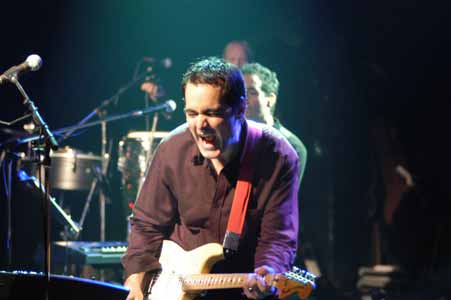 Neal Morse (born on August 2, 1960 in Van Nuys, California) is an American singer, multi-instrumentalist, bandleader and progressive rock composer based inNashville, Tennessee. In 1995, he formed the progressive rock band Spock's Beard with his brother Alan and released an album which was moderately successful. In 1999, he joined former Dream Theater co-founder Mike Portnoy, Flower Kings' Roine Stolt and Marillion's Pete Trewavas to form the supergroup Transatlantic. In 2012, Morse released Flying Colors with the newly formed band. In 2003, he released a solo album Testimony. In 2004, Morse wrote and recorded a new concept album featuring Portnoy and Randy George. In early 2007, Morse released a Christian Progressive rock album. In September 2012, he released his latest studio album, Momentum.

After about ten years, Morse grew tired of the Los Angeles music scene and traveled through Europe for several years, busking and playing in small clubs. On his return to the U.S. he formed the band Spock's Beard with his brother Alan. Their first album, The Light (1995), was moderately successful. Spock's Beard would soon become one of the more successful progressive rock bands of the late nineties (along with Dream Theater, Porcupine Tree, and The Flower Kings). 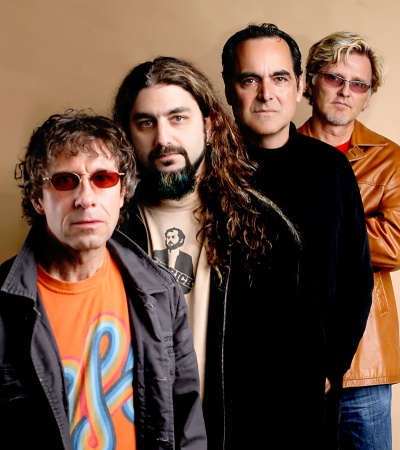 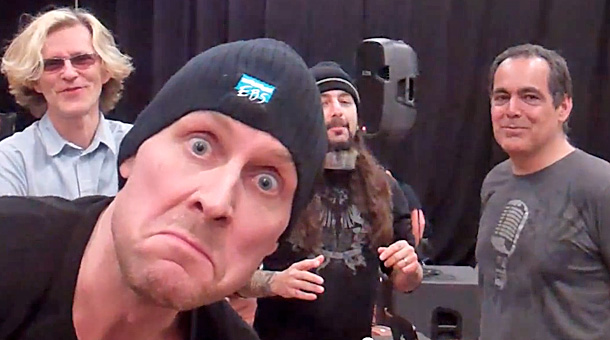 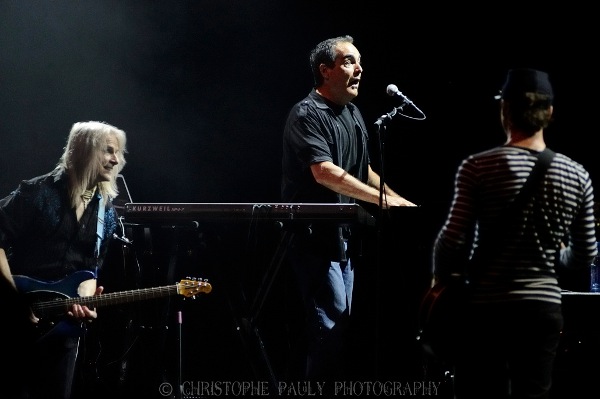 Morse became a born again Christian in 2002. He left both Spock's Beard and Transatlantic immediately following the release of the Spock's Beard album Snow, since he felt a calling to make his personal faith more prominent in his recorded output and felt that this would not be possible or appropriate in a band context. The period leading to this decision is described on the solo album Testimony (2003), an epic, introspective composition which features Kerry Livgren of Kansas and Mike Portnoy. One part of his conversion to Christianity, omitted from Testimony but described in full on Testimony Live, was that his daughter Jayda had been diagnosed as having a hole in her heart that required open-heart surgery. However, before Jayda was given surgery the hole disappeared following a church service in which Morse's wife and others prayed for God's healing.[1] 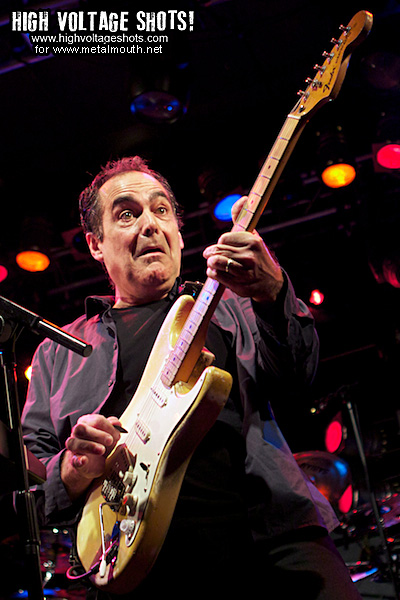 On May 18, 2003, Morse also took part in Portnoy's Yellow Matter Custard, a Beatles cover band, which later released a double-CD and DVD. In 2004, Morse wrote and recorded a new concept album featuring Portnoy and Randy George (on bass guitar). Guitar virtuoso Phil Keaggy made a guest appearance on guitar and vocals. The album, titled One, is about man's relationship with God from his Christian perspective and was released on November 2, 2004.

In 2005, Morse released two non-prog Christian albums. In January, Morse recorded Lead Me Lord with the Christian Gospel Temple Choir, his children, and his friends. Morse wrote about half of the tracks. This was released in February and is available for a donation. In July, Morse released God Won't Give Up, which was written around the Snow period. This is a pop album similar to It's Not Too Late, but with Christian lyrics. In the summer of 2005, a member of his church approached Morse to tell him that he should make an album based on the tabernacle and that he should keep it a secret. Morse mentioned that he was working on a secret project before he had written a note or was convinced that he should do the project, and mentioning it during a radio interview created enough buzz to convince him to make the album. There was a contest on his message board to guess the participants, theme, and meaning of the album based on a series of clues. The secret project was finally revealed to be ? (also known as The Question Mark album, rumoured to be influenced in title byThe White Album) and is about the tabernacle in the wilderness and the tabernacle of the heart. The studio band is Neal, Mike Portnoy, and Randy George with guestsMark Leniger, Alan Morse, Roine Stolt, Steve Hackett, and Jordan Rudess. 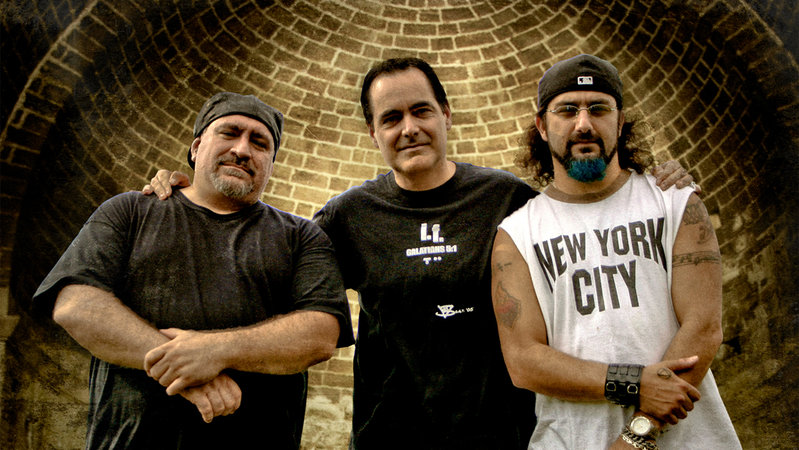 In 2006, Morse issued Cover to Cover, a collection of cover versions by himself, Mike Portnoy, and Randy George recorded during the production of ?, One andTestimony, proving that despite the new focus of his solo career Morse wasn't completely averse to tackling songs with non-religious themes.

In early 2007, Morse released his next Christian Progressive rock album entitled Sola Scriptura, which is a concept album detailing the life and struggles of the German theologian Martin Luther, and corruption within the medieval Church. Mike Portnoy and Randy George once again teamed up with Morse for this album, and were also joined by guest musician Paul Gilbert (of Racer X and Mr. Big) who played guitar parts for a few of the songs from the album.

Immediately following the release of Sola Scriptura, Morse released an acoustic folk album entitled "Songs from the Highway". The studio album, Lifeline, was released on September 30, 2008. Morse was once again joined by Portnoy and George, only four months after the release of the Sola Scriptura live DVD. The latest live album, So Many Roads, recorded with his European band, was released on June 30, 2009.

Neal Morse Band, Malmö Sweden April 1st 2017, The Similitude Of A Dream TourThe same Venue, where I saw NMB in 2015, meaning I once again had to go to Sweden by train, but this time not by myself. I…Continue

You need to be a member of SPOCK'S BEARD/NEAL MORSE to add comments!