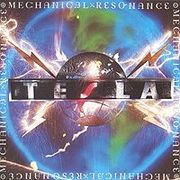 This band is hard to categorize, so let's just call 'em a kick-ass rock band!

Biography:
Although Tesla emerged during the glory days of hair metal, the band's music was equally indebted to contemporary blues and '70s-style hard rock, a fusion that helped differentiate albums like The Great Radio Controversy from its contemporaries. Despite the refreshing lack of posturing, Tesla was hit just as hard as the rest of the pop-metal world when grunge arrived in the early 1990s. They did produce one of the era's more respectable bodies of work, however, including three consecutive platinum-selling albums.

Although Tesla took shape in 1985 in Sacramento, CA, the musicians (vocalist Jeff Keith, the underrated guitar tandem of Frank Hannon and Tommy Skeoch, bassist Brian Wheat, and drummer Troy Luccketta) had logged several years together under the name City Kidd. At their management's suggestion, the bandmates renamed their group after the eccentric inventor Nikola Tesla, who pioneered the radio but was given only belated credit for doing so. After playing several showcases in Los Angeles, Tesla quickly scored a deal with Geffen and released the debut album Mechanical Resonance in 1986. It produced a minor hard rock hit in "Modern Day Cowboy," reached the Top 40 on the album charts, and eventually went platinum. However, it was the 1989 follow-up effort, The Great Radio Controversy, that truly broke the band. The first single, "Heaven's Trail (No Way Out)," was another hit with hard rock audiences and set the stage for the second single, a warm, comforting ballad named "Love Song" that substituted a dash of hippie utopianism for the usual power ballad histrionics. "Love Song" hit the pop Top Ten and pushed The Great Radio Controversy into the Top 20. Double-platinum sales figures followed as another single, "The Way It Is," also enjoyed some degree of airplay.
In keeping with their unpretentious, blue-collar roots, Tesla responded to stardom not by aping the glam theatrics of their tourmates, but by stripping things down. The idea behind 1990s Five Man Acoustical Jam was virtually unheard of -- a pop-metal band playing loose, informal acoustic versions of their best-known songs in concert, plus a few favorite covers ('60s classics by the Beatles, Stones, CCR, and others). Fortunately, Tesla's music was sturdy enough to hold up when its roots were exposed, and one of the covers -- "Signs," an idealistic bit of hippie outrage by the Five Man Electrical Band -- became another Top Ten hit, as well as the band's highest-charting single. Not only did Five Man Acoustical Jam reach the Top 20 and go platinum, but it also helped directly inspire MTV's Unplugged series, both with its relaxed vibe and its reminder that acoustic music could sound vital and energetic. The studio follow-up to The Great Radio Controversy, Psychotic Supper, arrived in 1991 and quickly became another platinum hit. It didn't produce any singles quite as successful as "Love Song" or "Signs," but it did spin off the greatest number of singles of any Tesla album: "Edison's Medicine," "Call It What You Want," "What You Give," and "Song and Emotion." Perhaps that was partly due to Tesla's workmanlike hard rock, which didn't sound ridiculous if it was played on rock radio alongside the new crop of Seattle bands. The winds of change were blowing, however, and by the time Tesla returned with their 1994 follow-up, Bust a Nut, few bands from the pop-metal era had maintained their popularity. Bust a Nut did sell over 800,000 copies -- an extremely respectable showing given the musical climate of 1994, and a testament to the fan base Tesla had managed to cultivate over the years. Yet all was not well within the band, and Tommy Skeoch's addiction to tranquilizers resulted in his dismissal from the band in 1995. Tesla attempted to forge ahead as a quartet, but the chemistry had been irreparably altered by Skeoch's exit, and they broke up in 1996. Most of the bandmembers began playing with smaller outfits, none of which moved beyond a local level. When Skeoch's health improved, however, the band staged a small-scale reunion in 2000, which quickly became a full-fledged effort. In the fall of 2001, the group released a two-disc live album, Replugged Live, which documented their reunion tour. Into the Now, which was co-produced by Michael Rosen (Testament, AFI), appeared in March 2004. A collection of '70s covers called Real to Reel arrived in 2007, by which time Skeoch had left the band once more and been replaced by Dave Rude. 2008 found the revised band releasing its seventh studio album, Forever More, an all-new collection of songs that saw the musicians reuniting with producer Terry Thomas, who had previously helmed 1994's Bust a Nut. ~ Steve Huey & Andrew Leahey, All Music Guide Miscellaneous Videos:

Pretty simple, what are your Top 5 Tesla tunes?  Here's mine:1. Paradise2. Changes3. The Way It Is4. Song & Emotion5. What A ShameContinue

You need to be a member of TESLA to add comments!

The Sacramento rockers are back with 14 new songs offering a ride of energy that doesn't come easy for a band of rookies much less a band whose been doing this for over 20 years. "Simplicity" is TESLA's seventh all-original studio album which follows a six-year creative break from the release of the previous album, "Forever More".

After a string of shows in the USA in 2013, the band went back into the studio in early 2014 and came out with a new album, which goes straight back to the TESLA roots. The bandmembers produced it themselves, as they did with "Into The Now", their successful comeback effort from 2004. Helped by the legendary Tom Zutaut, who was the man behind the best TESLA albums, this new CD rocks from start to finish, showing a variety of emotions where each song has its own twist — not sounding like another.

The first new song off the new album, "Taste My Pain", was released last summer digitally via iTunes and Amazon. The track was recorded during a two-day (June 5-6, 2013) session at J Street Recorders in Sacramento. The new song is, according to the band, "A heavier song with a hard-driving beat and TESLA trademark blazing guitars."

Guitarist Frank Hannon says about "Simplicity": "I must say that this new TESLA album is really gonna be awesome. We went in more prepared with the songs and ideas way more than 'Forever More', and the style is pure TESLA back to our roots. I truly believe you guys are gonna love it!"

"The opening track is called 'MP3'," continues Hannon, "and starts off with an opus intro that orchestrates into a heavy slow groove with lyrics about technology and how we miss simplicity, vinyl albums, family values...and has a heavy-ass riff! Then we segue into a rock and roll song called 'Ricochet' that talks about Uncle Ted... [I] can't wait to play this stuff live!” 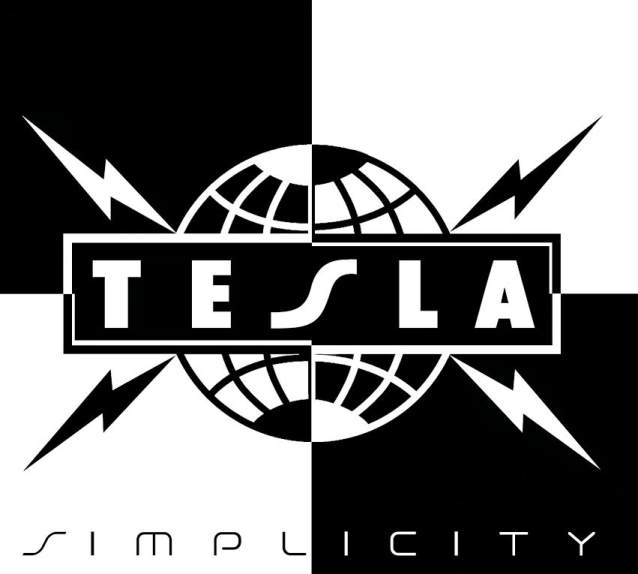