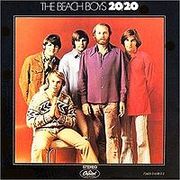 The Beach Boys are an American rock band, formed in 1961, who gained popularity for their close vocal harmonies and lyrics reflecting a Southern California youth culture of cars, surfing, and romance. 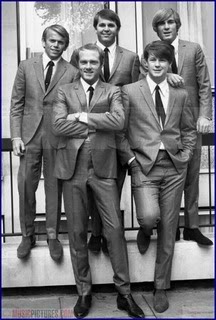 Growing up in suburban Los Angeles (Hawthorne), the Wilson brothers were encouraged by their parents to explore music. Their father, Murry, who operated a small machinery shop, was also a songwriter. While still teenagers, Brian, drummer Dennis, and guitarist Carl joined with cousin Love and friends Jardine and Marks to write and perform pop music in the alloyed spirit of Chuck Berry and the harmonies-driven Four Freshmen and Four Preps. Dennis, a novice surfer and adolescent habitué of the Manhattan Beach surfing scene, goaded Brian and the rest of the group (then called the Pendletons) into writing songs that glorified the emerging sport. The regional success in 1961 of the Beach Boys' first single, “Surfin',” led in 1962 to their signing as Capitol Records' first rock act. Brian's latent ambitions as a pop composer were unleashed; for years he would write almost all the group's songs, often with collaborators (most frequently Love). The Beach Boys soon appeared on Billboard's U.S. singles charts with such odes to cars and surfing as “409” and “Surfin' Safari,” while their debut album reached number 14. After the commercial triumph of the follow-up album and single, “Surfin' U.S.A.,” in 1963 (the year in which Jardine, back from school, replaced his replacement, Marks), Brian assumed complete artistic control.

Their next album, Surfer Girl, was a landmark for the unheard-of studio autonomy he secured from Capitol as writer, arranger, and producer. Redolent of the Four Freshmen but actually inspired by “When You Wish Upon a Star” from Walt Disney's film Pinocchio (1940), the title track combined a childlike yearning with sophisticated pop poignance. Like his hero, pioneering producer Phil Spector, the eccentric Brian proved gifted at crafting eclectic arrangements with crisply evocative rock power (e.g., “Little Deuce Coupe,” “Fun, Fun, Fun,” “I Get Around,” and “Don't Worry Baby”).
After the first of a series of stress- and drug-related breakdowns in 1964, Brian withdrew from touring and was replaced first by singer-guitarist Glen Campbell, then by veteran surf singer-musician Johnston. Brian focused thereafter on the Beach Boys' studio output, surpassing all his role models with his band's masterwork, Pet Sounds (1966). A bittersweet pastiche of songs recalling the pangs of unrequited love and other coming-of-age trials, Pet Sounds was acknowledged by Paul McCartney as the catalyst for the Beatles' Sgt. Pepper's Lonely Hearts Club Band (1967). Brian soon eclipsed himself again with “Good Vibrations,” a startlingly prismatic “pocket symphony” that reached number one in the autumn of 1966. His self-confidence stalled, however, when an even more ambitious project called Dumb Angel, then Smile, failed to meet its appointed completion date in December 1966. Exhausted and depressed, Brian went into seclusion as the rest of the band cobbled remains of the abortive album into a tuneful but tentative release titled Smiley Smile (1967).
For the remainder of the decade, the Beach Boys issued records of increasing commercial and musical inconsistency. They departed Capitol amid a legal battle over back royalties and signed with Warner Brothers in 1970. When the splendid Sunflower sold poorly, Brian became a recluse, experimenting with hallucinogens and toiling fitfully while the rest of the group produced several strong but modest-selling albums in the early 1970s. Meanwhile, Endless Summer, a greatest hits compilation, reached number one in the charts in 1974. In 1976 an uneven but commercially successful album, 15 Big Ones, signaled the reemergence of the still drug-plagued Brian. In 1977 Dennis released a critically acclaimed solo album, Pacific Ocean Blue. Despite personal turmoil, the reunited Beach Boys seemed destined for a new artistic peak when Dennis drowned in 1983. The excellent The Beach Boys was released in 1985. In 1988 Brian released a critically acclaimed self-titled solo album, the other Beach Boys had a number one hit with “Kokomo,” and the group was inducted into the Rock and Roll Hall of Fame. In the 1990s the Beach Boys continued to tour and record, with Love continuing his longtime role as the band's business mind. Brian released another solo album ( Imagination) and collaborated on albums with Van Dyke Parks ( Orange Crate Art) and with his daughters Carnie and Wendy ( The Wilsons), who were successful performers in their own right. Carl, who was considered the group's artistic anchor during the turbulent 1970s and '80s, died of cancer in 1998. Later that year the Beach Boys released Endless Harmony, a rarities collection culled from an acclaimed television documentary on the group.
In 2004 Brian released Gettin' In over My Head, with contributions from Paul McCartney, Eric Clapton, and Elton John. The landmark work of this period in Brian's career, however, was Smile, finally offered to the world as a completed solo album after Brian had spent nearly four decades fine-tuning its sound. He was presented with a Kennedy Center Honor in 2007, and in 2008 he released That Lucky Old Sun, a nostalgic celebration of southern Caliornia made in collaboration with Scott Bennett and Parks. 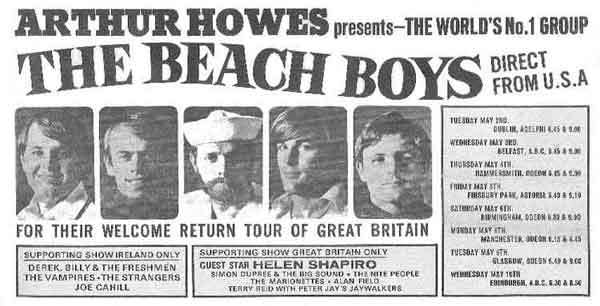 You need to be a member of THE BEACH BOYS to add comments!

Comment by Mike Pell on September 1, 2010 at 1:29am
Hello All,
If you go to the Blog section, I am replaying an old show I did in 2006 for the 40th Anniversary of Pet Sounds- so add 4 years to all I say, lol!
Part Two of The Sounds Of Pets should be there Thursday night.
Thanks,
Mike

Comment by RJhog (Admin) on September 1, 2010 at 1:27am
Mike Pell's weekly blog features The Beach Boys "Pet Sounds" this week for anybody that wants to listen.

Comment by Mike Pell on August 30, 2010 at 2:59am
I love both of those.
And I would add Wouldn't It Be Nice, I think those are the most romantic and yearning lyrics Brian Wilson ever wrote.
It appears the Beach Boys will be a major factor in my show this week, lol!
Mike