While Paradise Lost and My Dying Bride got more attention from underground doom metal fans, Liverpool natives Anathema were just as important in creating a new strain of doom (sometimes referred to as doom/death) that drew heavily from atmospheric goth metal and, in the early days, featured gruff death-style vocals. 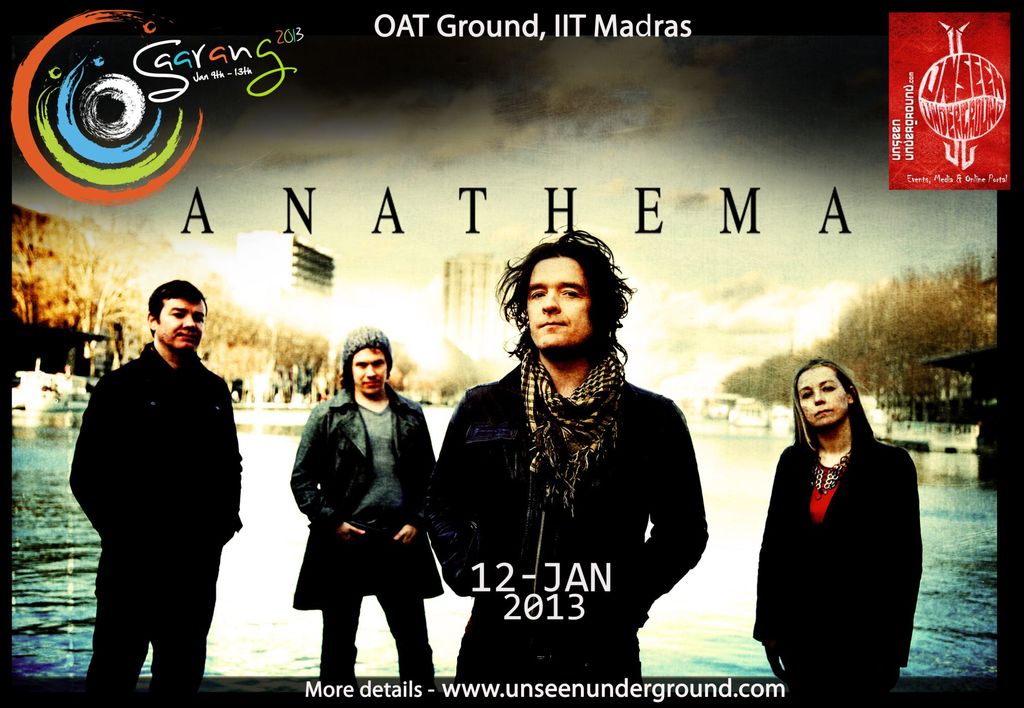 Anathema is an English rock band from Liverpool. The line-up consists of singers and guitarists Vincent and Daniel Cavanagh, their brother Jamie Cavanagh at bass, siblings John and Lee Douglas, respectively drummer and singer, and keyboardist Daniel Cardoso since November 2012.

The band was founded as Pagan Angel in 1990 by the three Cavanagh brothers, John, and singer Darren White, as a death/doom band. At the time White was the only singer of the band. The following year, Jamie left and was replaced by Duncan Patterson. Under this line-up, Anathema released their first EP, The Crestfallen (1992), and their first album, Serenades (1993). However, White left in 1995; Vincent decided to act as Anathema's vocalist in addition to his guitarist function in the albums The Silent Enigma (1995) and Eternity (1996), which were going into a more gothic metal direction.

In 1997, John left the band, and was replaced by Shaun Steels for the album Alternative 4 (1998). Both Patterson and Steels left the same year, replaced byDave Pybus and a returning John Douglas, while former My Dying Bride keyboardist and violinist Martin Powell also joined the band (Daniel Cavanagh was also acting as the band's only keyboardist, and shared this position since). The only album released with this line-up was Judgement (1999): the same year Powell switched positions with Cradle of Filth's keyboardist Les Smith who joined Anathema, and Lee Douglas, John's sister, was added to the line-up as a backing and occasional lead vocalist.

The band released their sixth album A Fine Day to Exit in 2001, turning into an alternative/progressive rock band. Shortly after the release, Pybus announced his departure and was replaced by the band's original bassist, Jamie Cavanagh, reuniting the three brothers in the band for the first time since 1991. There were no new members in the band during ten years, with the albums A Natural Disaster (2003) and We're Here Because We're Here (2010) being released under the same line-up; however, Daniel left Anathema from 2002 to 2003 to join Antimatter. Smith left Anathema in 2011, and Vincent and Daniel both assumed the function of keyboardist for the band's ninth album, Weather Systems, in 2012. The same year, Cardoso, the band's live keyboardist since 2011, joined as a full-time member.

Anathema formed in 1990 as a doom metal band, initially going by the name Pagan Angel.[5] In November of that year, the band recorded their first demo, entitled An Iliad of Woes.[5] This demo caught the attention of several bands and labels from the English metal scene. At the beginning of 1991, the band gained a lot of attention with the release of their second demo entitled All Faith Is Lost, resulting in a four-album deal with Peaceville Records.[5] Their first release under the label was The Crestfallen EP in November 1992. They took the material from that album on the road, touring with Cannibal Corpse. 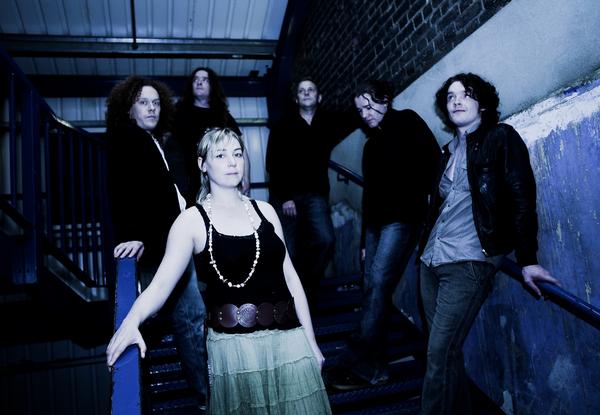 Anathema's first European tour was in 1994, and was closely followed by gigs at the Independent Rock Festival in Brazil.

In May 1995, vocalist Darren White parted with the band, eventually forming The Blood Divine.[5] Rather than recruiting a new vocalist, the band decided that guitarist Vincent Cavanagh should assume White's role.[6] This new formation debuted by touring with Cathedral in the United Kingdom. The release of Eternity came in 1996, relying more on atmospheric sounds, and starting the transition to clean vocals;[6] the album Judgement would later consolidate this style. A European tour followed the album's release.

Anathema in concert at Istanbul Cemil Topuzlu Harbiye Amphitheatre in 2005.

The next member to leave the band was drummer John Douglas, who departed in the summer of 1997. He was replaced by Shaun Steels, formerly of Solstice, who would also later play drums for My Dying Bride.[6] Alternative 4 was released in 1998. During this time the band underwent many line-up changes. Bassist/songwriter Duncan Patterson quit due to musical differences and was replaced by Dave Pybus of Dreambreed, a band which Duncan had played bass for during a short period,[6] and not long after this Martin Powell (who had played keyboards and violin for My Dying Bride previously) joined the band for live performances. Finally, founding drummer John Douglas returned to the drums in place of Steels.[6]

In June 1999, the album Judgement was released, marking Anathema's complete shift from the doom metal genre, focusing instead on slower and more experimental songs. This new sound has been likened to artists such as Pink Floyd, Jeff Buckley, and to a lesser extent, Radiohead. However, the essence of the band remained the same. Their songs continued to express a feeling of depression and, more often than not, desperation.

The next year Martin Powell switched positions with Cradle of Filth's keyboardist Les Smith, who came to be an integral member of Anathema.

Shortly before the release of A Fine Day to Exit, Dave Pybus announced his departure from the band and later joined Cradle of Filth. He was replaced by touring bassist George Roberts, and later by Jamie Cavanagh

In March 2002, Daniel Cavanagh announced his departure from the band, joining Duncan Patterson's band Antimatter. However, he later rejoined Anathema in 2003 for the release of A Natural Disaster, and started their European tour. This accelerated the changes in Anathema's tone, towards the atmospheric and progressive, as exhibited in album tracks "Flying" and "Violence"

Upon the closing of their label Music for Nations after its purchase by Sony BMG, Anathema found itself without a record label, despite having completed an extensive tour of the UK with popular Finnish rock band HIM in April 2006. During their search for a new label, the band have adopted a more 'DIY' approach to music release, embracing the internet and releasing songs via their own website, for which fans may donate a monetary sum of their own choice. Despite the obvious lack of label-based tour support, the band continues to play dates across Europe, guitarist Danny Cavanagh also playing the odd low-key acoustic concert.

On 20 March 2010, Anathema announced on their website[7] and Facebook page[8] the release date of their next album. Their album We're Here Because We're Here was released on 31 May 2010 on theKscope label. John Douglas' sister Lee Douglas joined the band in the capacity of a vocalist during the recording of this album. She had previously performed on the two previous albums as a guest vocalist. On 6 July 2011, it was announced on the band's official page that their album of re-interpretations, Falling Deeper, will be released on 5 September 2011. The album will be a follow-up to Hindsight and will contain new orchestral versions of songs from the past, as well as a version of "Everwake" featuring the vocals of Anneke van Giersbergen.[9] On 12 September 2011, Les Smith's departure due to "creative and musical differences" was announced on the band's website.

On 8 November 2012, Daniel Cavanagh announces at Anathema's official homepage that Daniel Cardoso is joining the band as a full time permanent basis as a key element of the band.[10]

On 2 December 2012, Anathema announced their first concert in India. Anathema has performed at IIT Madras as part of the Saarang Rock Show on 12 January 2013.

The band's first live album, named Untouchable, is set to be released on 24 June 2013. The album is a recording of a special one-off gig at the ancient Roman theatre of Philippopolis[disambiguation needed] in 2012 where the band were joined by the Plovdiv Philharmonic Orchestra.

You need to be a member of ANATHEMA to add comments!

This, I will be getting for sure. At the moment, I'm very much into the 2010-album "We're here because we´re here". It's actually better (and heavier) than "Weather Systems". 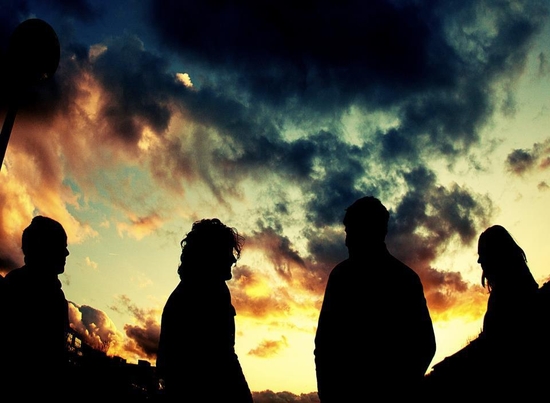 Universal (2013) is an HD concert film by Lasse Hoile which superbly documents Anathema's one-off performance at the Ancient Roman Theatre of Phillippoplis with the Plovdiv Philharmonic Orchestra (arranged by Dave Stewart).
Universal (2013) is presented in a generously illustrated dvd-sized media-book, this is a limited edition 4 disc version - 2cds, DVD and Blu-ray - which features bonus audio content and footage of the band recorded at the Union Chapel in London. 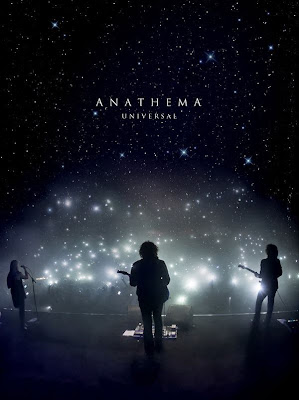