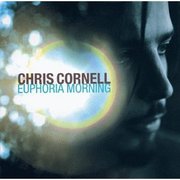 Originally finding success as the frontman of Seattle's Soundgarden, rock vocalist Chris Cornell forged a successful career after the band's 1997 demise, both with the supergroup Audioslave and as a diverse solo artist.

Originally finding success as the frontman of Seattle's Soundgarden, rock vocalist Chris Cornell forged a successful career after the band's 1997 demise, both with the supergroup Audioslave and as a diverse solo artist. Born in Seattle on July 20, 1964, his music career didn't take shape until he was a teenager, when he began playing drums in a local cover band. Although he spent most of his teenage years as a loner, rock music helped Cornell overcome his uneasiness around others. After dropping out of high school and working as a cook,Cornell laid the foundation for what would become the influential grunge band Soundgarden by the mid-'80s. Cornell assumed vocal duties for the group, with friend Hiro Yamamoto on bass, Kim Thayilon guitar, and eventually Matt Cameron on drums. Along with the Melvins, Soundgarden was one of the first rock bands to slow down punk's youthful energy to a Black Sabbath-like crawl. Following the release of several recordings on various independent labels, Soundgarden also became one of the first bands of the Seattle underground to sign with a major label, A&M, which issuedLouder Than Love in 1989. After the album's release, however,Yamamoto left and was first replaced by ex-Nirvana member Jason Everman, who was later ousted by Ben Shepherd. With Soundgarden's quintessential lineup in place, the group became one of rock's most popular bands on the strength of such albums as 1991'sBadmotorfinger, 1994's Superunknown, and 1996's Down on the Upside. With each album, Cornell's singing grew stronger as he demonstrated a growing mastery of his multi-octave range.

From the start, however, Cornell's talents weren't limited to his work with Soundgarden. He organized a tribute for late Mother Love Bone singer Andrew Wood in the form of 1990's Temple of the Dogproject, which featured a stripped-down sound and yielded the moderate hit "Hunger Strike." Cornell's first officially released solo composition, the acoustic "Seasons," was the highlight of the 1992 motion picture soundtrack Singles. His bluesy voice also helmed a superb cover of Jimi Hendrix's "Hey Baby (New Rising Sun)" on the 1993 Stone Free: A Tribute to Jimi Hendrix compilation (under the pseudonym M.A.C.C.). Meanwhile, he found time to pen songs for other acts (including Flotsam & Jetsam and Alice Cooper) while also producing the Screaming Trees' 1991 release, Uncle Anesthesia. After Soundgarden's demise in April 1997, Cornell slowly but surely began to assemble a solo album with his friends from the bandEleven. 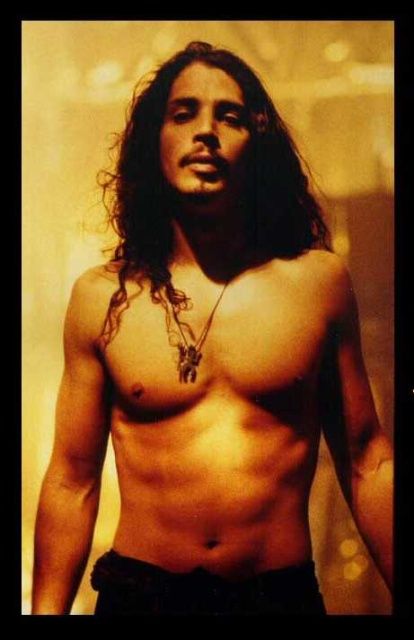 Issued in 1999, Euphoria Morning was a departure from his former band's sound, emphasizing Cornell's vocals and lyrics rather than meaty guitar riffs. Shortly after its release, Cornell launched his first solo tour, mixing songs from all eras of his career. After the tour's conclusion in early 2000, a tepid remix of the Euphoria Morningtrack "Mission" (retitled "Mission 2000") was included on the Mission Impossible 2 soundtrack. It appeared as though Cornell would take a break from music for a while, as his wife gave birth to the couple's first child in June of the same year, but by late 2000, Cornell found himself involved in a project that promised to be a classic hard rock collaboration.

Rage Against the Machine had decided not to break up after longtime vocalist Zack de la Rocha left the band, opting instead to find another singer and carry on under a different name. Cornellaccepted an invitation to jam and pen a few songs (which formerRage guitarist Tom Morello described as "really groundbreaking") and, shortly thereafter, officially joined forces with the former Ragemembers under the moniker Audioslave. Produced by Rick Rubin, the band's self-titled debut arrived in November 2002 and went multi-platinum.

The follow-up effort, 2005's Out of Exile, debuted at number one on the Billboard charts and was followed by the platinum-selling Revelations in 2006. Despite such success, Cornellleft the band that same year, citing the usual "irreconcilable differences" for his departure. 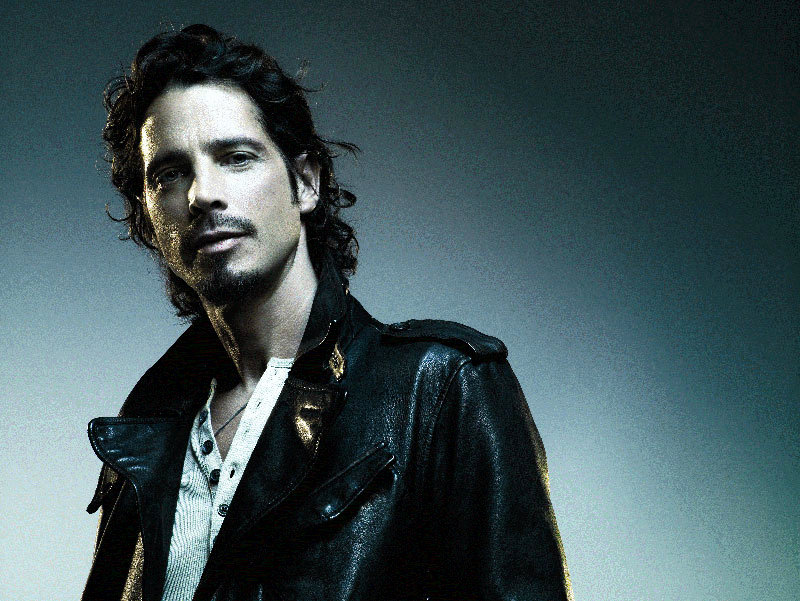 Cornell returned to his solo career with 2007's Carry On. Although the album was largely biographical, it also featured a cover ofMichael Jackson's "Billy Jean" (a rendition made famous one year later by American Idol contender David Cook) and a song from the James Bond movie Casino Royale. Two new singles, "Ground Zero" and "Watch Out," were offered as digital downloads one year later, featuring a newfound emphasis on electronics and studio trickery. The tracks had been recorded with producer Timbaland, with whomCornell partnered for the creation of his third solo album. Stocked with drum machines and R&B melodies, Scream arrived in March 2009, heralded by Timbaland as "the best work I've done in my career" but received poorly by several critics. The following year,Soundgarden joined the many popular '90s alternative bands who reunited in the 2000s and 2010s, headlining that year's Lollapalooza festival and releasing the retrospectives Telephantasm and Live on I-5, which documented the group's 1996 tour, as well as recording new songs. The following spring, however, Cornell returned to his solo career with the solo acoustic Songbook tour, from which came two EPs and the Songbook album, all of which were released in 2011. That September, Cornell contributed a song to the Machine Gun Preacher soundtrack. Soundgarden's first album since Down on the Upside was expected early in 2012. 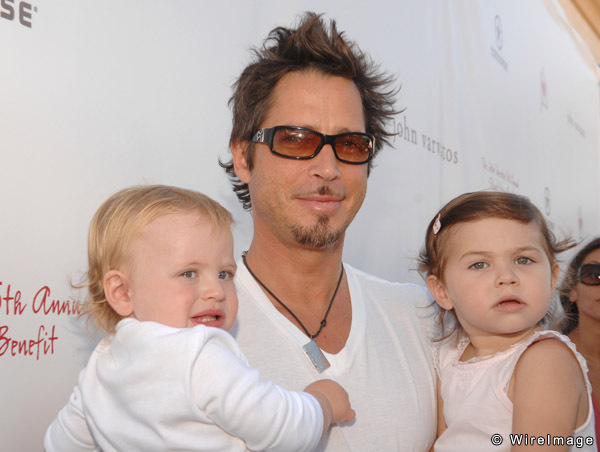 You need to be a member of CHRIS CORNELL to add comments!

I've been listening to this song a lot lately.  It's a beautiful song, but the video is kinda eerie.  But Eric Roberts is in it, so that's cool. 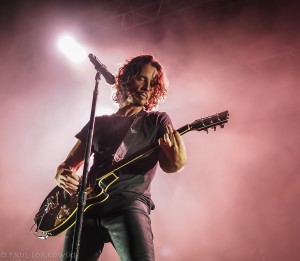 Soundgarden singer Chris Cornell has suffered what is being described as a “sudden and unexpected” death at the age of 52.

According to The New York Times, Cornell died last night after the band’s sold-out concert at the Fox Theatre in Detroit. Earlier in the evening, the singer had posted a tweet expressing his excitement about “finally” going “back to rock city.”

The  cause of his death has not been reported, but in a statement, his family said they would be “working closely with the medical examiner to determine” the answer.

Local 4 in Detroit reports that the singer was found dead in his MGM Grand Hotel room after a family friend, acting on a request from Cornell’s wife to check on him, forced open the door and found him in the bathroom with something around his neck. The report also quotes unknown sources as saying the police are considering it a possible suicide.

Eerily, the last song Soundgarden played last night, “Slaves & Bulldozers,” reportedly featured Cornell singing a snippet of “In My Time of Dying,” a Blind Willie Johnson song popularized by artists such as Bob Dylan and Led Zeppelin. You can see the band performing a similar version of both songs on YouTube, and see a snippet of last night’s final song above.

Born in 1964 in Seattle, Cornell formed Soundgarden with guitarist Kim Thayil and bassist Hiro Yamamoto in 1984. Drummer Matt Cameron joined in 1986; Yamamoto was replaced briefly by Jason Everman in 1989 and permanently by Ben Shepherd in 1990. The group’s first album Ultramega OK, was released in 1988. 1991’s excellent Badmotorfinger and 1994’s masterpiece Superunknown established them as one of the most important hard rock bands of their generation.