It's time I mentioned Ian Fleming, the author of the novels and stories the Bond Industry has been built on.
I read many of them, and Sean Connery was always the man I visualized as James Bond.
And I always will.
Although I do like the new guy, Daniel Craig, and started watching again.
The others...yecch!
And as time went on, the choices for the Music too in the James Bond Movies seemed to grow more odd and erratic.
This is a generalization, but it always seemed to me that the Films were geared to Males, but the Songs in them were most often sung by Females.
What's that mean?
I don't know, lol!
Here's another question- how do you write a song with lyrics that rhyme with Octopussy?
You can't, so you just skirt around it.
We'll be getting into my Dark Ages here- the period of about 10 years, 1985-1995, where I kind of got fed up with the Music I was being fed.
In fact, I preferred drinking to being fed, lol!
But that's all behind me now.
Let's make the best of it, and enjoy!
Here are the links to listen and yearn for a License To Kill, at Mike Pell Rockollections:
At Podomatic:
http://radiopell.podomatic.com/entry/2013-09-24T19_26_53-07_00
At Soundcloud:
http://soundcloud.com/radiopell/02-james-bond-2013
Mike

Charles Gray polayed an Australian agnet in "You Only Live Twice" and Blofeld in "Diamond Are Forever".

Joe Don Baker played an evil guy in "The Living Daylights" and then a CIA agent in a couple Brosnan films.

Martine Bresnick was one of the gypsy girls in "From Russia With Love" and then a different character in "Thunderball", she was kinda killed.

Walter Gottell played General Gogol in most of the Moore films but first played a bad guy in "From Russia With Love".

There's a few more minor ones, you can find them yourself. I can't do all the typing and stuff.

Gotta see if the rug matches the drapes, lol! 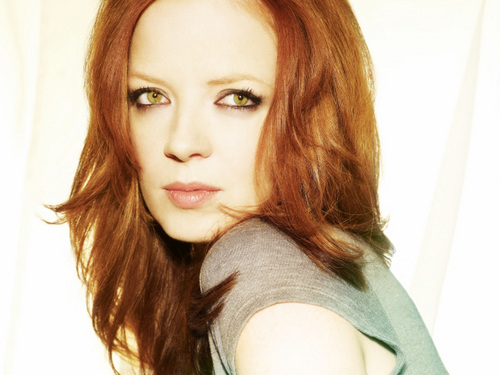 Comment by Mike Pell on September 26, 2013 at 12:42pm
RJ,
Man, Jon is an expert on Bond- I never knew.
Glad I did the show, just for HIM to listen to!
I see we agree again about longer songs as the years progressed and worse songs!
A View To A Kill by Duran Duran, you're not alone liking that- it was a Number One song!
Now I am sure THIS is a first- the Golden Pell to a song I didn't like that much!
The World Is Not Enough by Garbage.
And it is very VERY unusual for me to play a song I don't particularly like- but I was keeping within the Theme, and using my Licence (British spelling)...for Killing Time, lol!
You know the song that is still running through my head these days later?
Nobody Does It Better by Carly.
Thanks for the listen and writing, and that great openness for all music,
Mike

Comment by Mike Pell on September 26, 2013 at 12:30pm
Jon,
Hahahahaha...Proctowussy!
You are a piece of work!
I just ran out of time, if you look I went over 29 minutes, which causes them fits when I send it to the station.
Matter of fact, I faded that Garbage song early, but no one seemed to notice.
I had to cut something to even get it to 29 minutes!
So Roger Moore is your guy, well it's usually the first and mine was Connery.
David Niven I can see, but no chance in hell for Woody Allen, lol!
Excellent question- other than Maud Adams, who else has played two different characters in the series?
I don't know.
Weren't they just Aha? Yep they disappeared, but they did do one of the few videos I actually like.
Honestly I don't know either what Shirley Manson looks like...just hope it's not like Marilyn!
I like this, one of your crazed rants, lol-
"As long as they don't turn to rap, I'm good with whoever they get. Oh, and Bieber. And boy bands. And Poison. And Bruuuuuce. And Fall Out Boy. And Jimmy Eat World. Probably others, but I'm getting sick just typing those artists."
Hey, how about The Cure, lol?

No, it's not.
It was almost a throwaway, as I am buying time for my 15 Anniversary at the same station, and a HUGE Series, A Salute To Radio.
Hopefully, it will be the best thing I ever do!
Thanks for the listen and writing, I touched a nerve with you and Bond- never knew you were such a fan and I am glad I did the show,
Mike

First, we need to check with Jon and make sure you got all of your facts right.

The best here was A View To A Kill by Duran Duran.  I like that one.

But, surprisingly, I'm giving a Golden Pell to one I don't remember hearing.  The World Is Not Enough by Garbage.  It's not garbage.  Not for me anyway.

Are you through killing time?

Proctowussy! See? Now you have proctology stuck in my head.

No song from the last JB with Connery? What's up with that, since you like him so much?

I actually don't have a favorite, I like them all in what they brought to the character. Even David Niven and Woody Allen. But, since I grew up with Moore and he was in the first movie I ever saw, I guess it might be him by default?

The end of the "License To Kill" song will give you Jason Voorhees flashbacks.

Here's some fun: Other than Maud Adams, who else has played two different characters in the series?

So, ah-Ha has a big hit, does the JB theme and then basically disappears. How funny!

Yeah, but Shirley Manson is kinda hot for a red head. The song was ok, there's really not a JB theme that I hate. Gota give them credit, they manage to nad who's hot at the time, gives the artist cred to do the JB theme. As long as they don't turn to rap, I'm good with whoever they get. Oh, and Bieber. And boy bands. And Poison. And Bruuuuuce. And Fall Out Boy. And Jimmy Eat World. Probably others, but I'm getting sick just typing those artists.