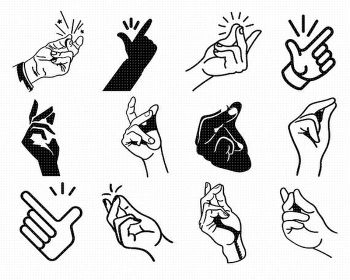 I'll begin this Episode with another TV Theme, longer than the actual Theme of the show as it was released as a single.
And we are off and running with MY Theme, Finger Snapping In Our Music!
I've got some Big Names doing Finger Snapping Songs, even a British Invasion Group- and once again, you may have forgotten the Snaps or never noticed them.
Speaking of forgetting, do you remember The Classics IV, later Dennis Yost & The Classics IV?
I'll play TWO songs by them, Memory Testers!
All things considered, it's a pretty good Mixed Bag of Tunes that should contain some Surprises.
It's funny, but I was concerned that I wouldn't have enough Finger Snapping Songs for another show, now I have too many, lol!
I will have to leave out songs, and trust me, these will not be Scrubs, not Leftovers, but GOOD Songs!
And the SAME can be said for what I have in this Chapter, so join me for a listen!

Here are the links to Habit Forming Finger Snapping, at Mike Pell Rockollections:

How DARE you, LOL?

Check Facebook, I dent you an IM in case you didn't see it already.

Audiophile Paradise
The Ultimate Destination For A True Music Lover!

History: “Take Me Home, Country Roads” (Or simply, “Country Roads”) is a song from John Denver’s 1971 album Poems, Prayers And Promises (It was actually first released on 30th December, 1970). Undoubtedly his best song, (It’s also his signature song) it went on to peak at Number 2 on the Billboard Hot 100. It is also the iconic song for West Virginia travels. The song was actually written by the trio John Denver, Taffy Nivert and Bill Danoff, and initially recorded by John Denver. The official release date, however, is April 12th, 1971. There is just one version of this song, viz. the Studio Version, having a duration of 3 Minutes 8 Seconds.

What it tries to convey to us: It’s a really simple song to decipher. No ‘Stairway To Heaven’ dual meanings here! This song tells us about a man’s desire to go back to his hometown, viz. West Virginia.

Review: What can I say? This song has EVERY single ingredient a Country song needs! That typical country accent (And a heart melting voice), mellow acoustic guitar playing in the background, and lyrics that make you want to run away from home forever and settle down in some quiet countryside permanently. This is going to be tough one! Well, wish me luck!

The song starts with dual acoustic guitars, one playing the role of the rhythm and the other tuned to a slightly higher frequency, for making it sound as the lead guitar. John Denver starts with (What I know is) the perfect chocolate melting vocals at 00:07. Alright, now I want you to do me a favor. Close your eyes, clear out all your thoughts, and just sit back and listen to this song with all your heart and soul. Feels like you’re on the countryside, sitting round the fire, roasting marshmallows. And John Denver is right there, in front of you, with a guitar on his lap; and he’s singing to everyone, doesn’t it? Imagine the cool night sky, the synchronized noises by the crickets, the dewy grass you’re sitting on, and the warmth radiating from the campfire. Did you do that? Now we’re talking! Well, seeing that now you’re in the mood, let’s pick up from where we left. If you listen closely (From 00:08 onwards), you’ll hear the sound of someone clapping their laps for providing the bass of the song. And from 00:07, you’ll hear the sound of snapping fingers very clearly. The background vocalists have also done an excellent job. And those lyrics… Wow, those lyrics! It feels magic! The first chorus will start at 00:30, with the typical snapping fingers, awesome vocals, and beautiful guitar. The second stanza then commences at 00:55. You’ll hear the wah – wah effect of the synthesizer very clearly in the second stanza. The song is really fast paced, and chorus’ will pass like a breeze. The second chorus starts at 01:19, this time with the added wah – wah effects. The vocal bridge starts after the second chorus, with an increase in the pitch, and a slightly faster tempo. Since you’re in the ‘countryside’ feel, you’ll notice it almost immediately. And viola, as I told you; the chorus initiates again at 02:05. You MAY think that the songs have a little more choruses than normal, but let me remind you; this is a country song. So, it is to be expected. It (The chorus) is looped again at 02:28. The song gradually fades with “Take Me Home, Country Roads” and ends at 03:08.

I hear something, but it sounds like that block and stick instrument thingamajig actually.

Are you kidding, you don't hear them?

That was an EASY one for Finger Snapping!

Hey Yanks kneeled, those candyasses, NOT the Mets!

Are you SURE about that John Denver song??????