ROCKOLLECTIONS: PAST PRESENT AND FUTURE PT.7 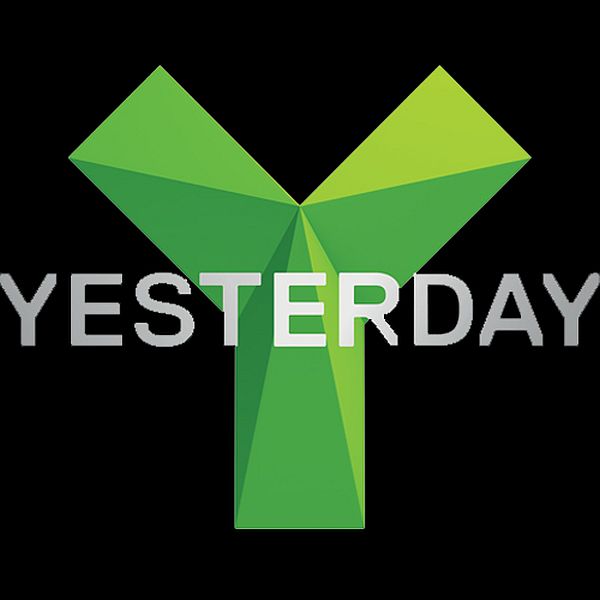 Since I did them in backwards order, the Past Is Last, in these Past Present and Future shows.

And I discovered a remarkable song from a most unlikely source while gathering songs for this Series.
The song even mentions Parcheesi- a game I not only have forgotten how to play, but that it ever existed, lol!
This is a Comfort Chapter, one to curl up and listen to on a Cold Winter's Day or Night.
It fits like a good old pair of shoes or gloves, with songs that should be familiar to you, and have a glow of both innocence and melancholy.
And isn't that the very definition of the Past?
I like how this Free-Form Episode turned out, even surprised myself when I played it back.
Hope you like it too!
Here are the links as we now Go Back Into The Past, at Mike Pell Rockollections:
At Podomatic:
https://www.podomatic.com/podcasts/radiopell/episodes/2018-01-28T12...
At Spreaker:
https://www.spreaker.com/user/radiopell/07-past-present-future-2014-18
Mike

Yngve,
That’s the second time you wrote and wrote for paragraphs, only to say, “But what do I know?”, LOL!
I don’t know what you know, but “prejudice” is being misused- what makes the song good or bad is “discrimination”.
Those two words have been overdone.
Discrimination simply means a person has DISCRIMINATING tastes- a good thing for them.
So saying you like a song because you have discriminating taste, that’s fine for each of us.
Outside of Kid Rock & Ted Nugent, I know of no other overtly conservative Rockers.
I don’t mind as much if the message is in the song, but don’t preach to me outside of it.
I don’t need some dipshit singer, comedian, actor, talk show host or anybody else to tell me who to vote for.
That just annoys the hell out of me!
And in 10 to 15 years you’ll discover the news agencies were full of shit too, lol!
You’re welcome,
Mike

I am getting them again.

Like I did nothing to stop the notices, they started.

You might have checked the do not notify me box thing. I'll have to figure out where it is when I have a bit of time.

I did not mean any of the name callings I did back there. If I din't make that clear, I would like to correct myself. I was just trying to provoke a reaction to get the answers I was looking for. It worked. But as far as my statement regarding the prejudice goes, I was just stating the fact. A prejudice disguised in a cloth of the likes & dislikes, is still a prejudice. This is how likes & dislikes work:

A song is played. For the sake of objectiveness, nothing else matters. Then a decision is made, whether the song is likable or not. Regardless of the consequent assessment, the song is neither good or bad. It only reflects the taste of the one who expressed the opinion.

However, as soon as the song gets dissected beyond its own components, with emphasis shifting on the performers and their political, religious, marital views, skin color, language and nationality, to form a perspective about the music itself, the opinion is tainted with prejudice. Which still makes the song neither good or bad.

But what do I know? I'm just chugging along a decade and a half behind the tracks that run beside me, to destination unknown. Me? I'm getting off at Music Ville.

BTW, why rely on news agencies who might or might not be on top of the affairs of our neighboring rockers, when I can get my information first hand. Thanks. Much appreciated.

Yngve,
No shit Sherlock, starting with the use of the word prejudices when you mean likes & dislikes, lol!
Yes, I am a New York City redneck surrounding you, if that is even possible.
Nor am I now, or have I ever been, a spoiled, rich anygoddamthing- that makes me laugh, lol!
I love Canadians but every time I have visited I always felt like they were 10-15 years behind us.
Man the CBC must really be incompetent if you haven’t seen anything about Bruce and his left leanings.
His father was “emasculated” by unemployment?- this from a guy who I saw in concerts criticize his old man, couldn’t get along at all with him!
But now Bruce has suddenly become Woody Guthrie, becoming aware of the hardships that face working-class Americans.
All low and middle class anyones anywhere face hardships!
It comes with the territory- how has he eased that?

Is he going to rid the world of hardships...can anyone...is that even possible, lol?
By selling his houses in Jersey and moving to and going all California left-wing crazy?
I have one simple way to sort out this whole transgender crock- just look between your legs- it’s that simple.
Now you know what bathroom to use.
I kinda like Bon Jovi, with the 2-3 actual good songs they did.
But if you are going to mention a gang-up on New Jersey, what the hell would you call the constant petty carping of Trump?
I’ll play him, but Springsteen IS now a douchebag!

Scott,
Yes, I’ll bet that Tull/Clooney segue was a first, lol!
I don’t know much about Karen Carpenter’s singing.
For most years I didn’t play the Carpenters because I thought I was too hip, same with the Monkees.
Her voice won me over, so they are a valid winner of GPell!
Monkees songs did too.
Now I realize how silly that is, but I will NEVER play the Archies, LOL!
I don’t like Bruce’s politics either, he’s a phony bastard!
But I try to separate the Art from the Artist.
Took me years to do that with Sinatra, as I did not like him at all personally!
But if I could with him, I got into the habit.
For many artists their best years and songs are behind them, it happens.
I don’t like being lectured to by anybody, and Springsteen should just shut up and sing.
I lean right, but I don’t preach about it- and I don’t give a shit what people think.
Bruce has done many great songs for my taste, but if he retired I wouldn’t mind, there’s enough now.
But I tune him out when he makes an idiotic stand on something like not playing in North Carolina because the bathrooms laws prohibited men from using women's bathrooms!
I am for strictly Men’s & Women’s rooms- a simple test for which you can use, lol!
Thanks for the listen and writing,
Mike

Yngve,
That’s a damn good song by Rosie, says more than Mambo Italiano, lol!
The Boss may have saved the show, but he opened some sores.
Best song I played was by Jethro Tull!
Thanks for the listen and writing,
Mike

Jon,
Funny I was thinking the same thing about White Castle when I heard it, lol!
They taste the same to me, but I wouldn’t be surprised if something changed in them.
Yes Bruuuuuuuuuuuuuuuuuce.
And I see a shitstorm coming, lol!
Oh hey, it doesn’t notify me anymore when you write- I didn’t change anything, did you?
Thanks for the listen and writing,
Mike

Thanks for explaining yourself, Scott. I don't follow politics over and above the headlines and I never seen Springsteen's name pop up there. I still couldn't find anything specific on Bruce that would make him a left extremist. But what do I know? And I'm not going to investigate much, except...

This is what I found.

None of these views bother me to the point to call him a douchebag. Believe me when I tell you, I've seen and experienced a lot, and I mean a LOT, worse. Maybe I don't get the big picture, if there is one, but I'm also the one who keeps politics separate from music.

I'm guessing there is more to that North Carolina remark, than what you said. It sounds like a Trans rights thing. Of which I know nothing, but that is a mess for smarter people than me, to sort out.

It still feels like a gang-up on New Jersey's.

What did Bon Jovi do? Except for not writing good music of late.