Anyone who knows me has sooner or later discovered that I am a huge fan of singer Maria McKee. It all started when I stumbled across her self-titled debut solo album (on cassette) in 1989 and was instantly captivated by the stunning photo portrait that graced the album's cover.

Then came actually listening to the music on that album and I was hooked for life. Of course, it was then that I discovered that McKee had started out with the band Lone Justice, so I had to work backwards and became just as enamored with their music as I was with McKee's solo work.

For a band that lasted just long enough to produce two studio albums, Lone Justice has had a long post-breakup afterlife. There's been a number of compilations released and their sound has influenced a number of performers as well as the music being covered by others as well.

The Western Tapes, 1983 gathers the earliest demo recordings of the band. The six song EP contains 5 previously unreleased tracks and the demo version of "Drugstore Cowboy" that was initially released on the Lone Justice This World is Not My Home compilation.

With a brief introductory essay from producer (and later band member) Marvin Etzioni along with a track by track breakdown of each of the six songs included, the album once again fuels the imagination of what might've been for a band that even in their earliest incarnation really had everything going for it.

The songs "Working Late" is a foot stomping fast paced track that went on to full fledged glory on the band's self-titled debut album. The guitar work from Ryan Hedgecock is impeccable throughout each song but I really liked what I heard on this track in particular.

As for the powerfully dramatic ballad "Don't Toss Us Away", it was also on the debut album. The song's demo inclusion here shows it at its earliest,incredibly raw stage but you can still hear that McKee's voice had already given the song (written by her half-brother Bryan MacLean) a life of its own. If you'd heard this song way back in 1983, you'd instantly know that it was destined to be a touchstone track for the band. Especially since the song did eventually go on to become a huge hit, albeit for country singer Patty Loveless.

I mentioned "Drugstore Cowboy" earlier and while I've heard this version of the song before, it doesn't lessen the fact that the song, which is one of the more "rocking" numbers that Lone Justice ever did, is flat out amazing. From the wildly kinetic vocals to the powerful drum track from Don Willens, everything about this song screams to be heard.

Like "Drugstore Cowboy", the song "The Train" was initially released (though a different version of it) on that This World Is Not My Home compilation. The liner notes state that originally this song was a rockabilly tune but changes were made to give it a more punk fueled energy. No matter how the song started out, it came out rather awesome and whenever I have Lone Justice playing and I hear this song, I get a electrically charged vibe running through me.

You might wonder why I would continually buy compilation albums from a band that hasn't been together in more than three decades. My answer would be that each compilation seems to plum the depths of the archives to come up with songs I've never heard before. And this release is no different as there are two songs that are "new" to me.

The first one is "I See It".  The song showcases Ryan Hedgecock as the lead vocalist with McKee playing a more supporting vocal role on the track as well as adding some rhythm guitar to the song. It's not all that often that McKee isn't the spotlighted vocalist, but when you have a song turn out as well as this one did (at least in demo version), it is hard to find fault with the decision.

The last of the six songs on The Western Tapes, 1983 is the 2nd of the two new to me songs. It's called "How Lonesome Life Has Been" and it was actually recorded by the band before they had gone in to record the demos that ended up on this release. It's a driving up tempo paced track that has a great guitar from Hedgecock and instantly grabs your ear with it's rhythmic melodies.

Whenever I hear these long lost demos from Lone Justice, it always makes me wish I'd been in on the band when they were originally together. I know that I missed out on something really special back then. I'm glad that this compilation is now released because it gives me hope that others will get turned on to the band even all these years later.

As I said at the start, Maria McKee is one of the defining vocal presences for me and my musical fandom. And what you hear when you listen to her work with Lone Justice is a band that seemingly  had everything going for it. The fact that they didn't make it is a musical crime and if  you need audio proof of that statement, listen to The Western Tapes, 1983 and you'll rue the fact that you didn't get to experience Lone Justice in their time. 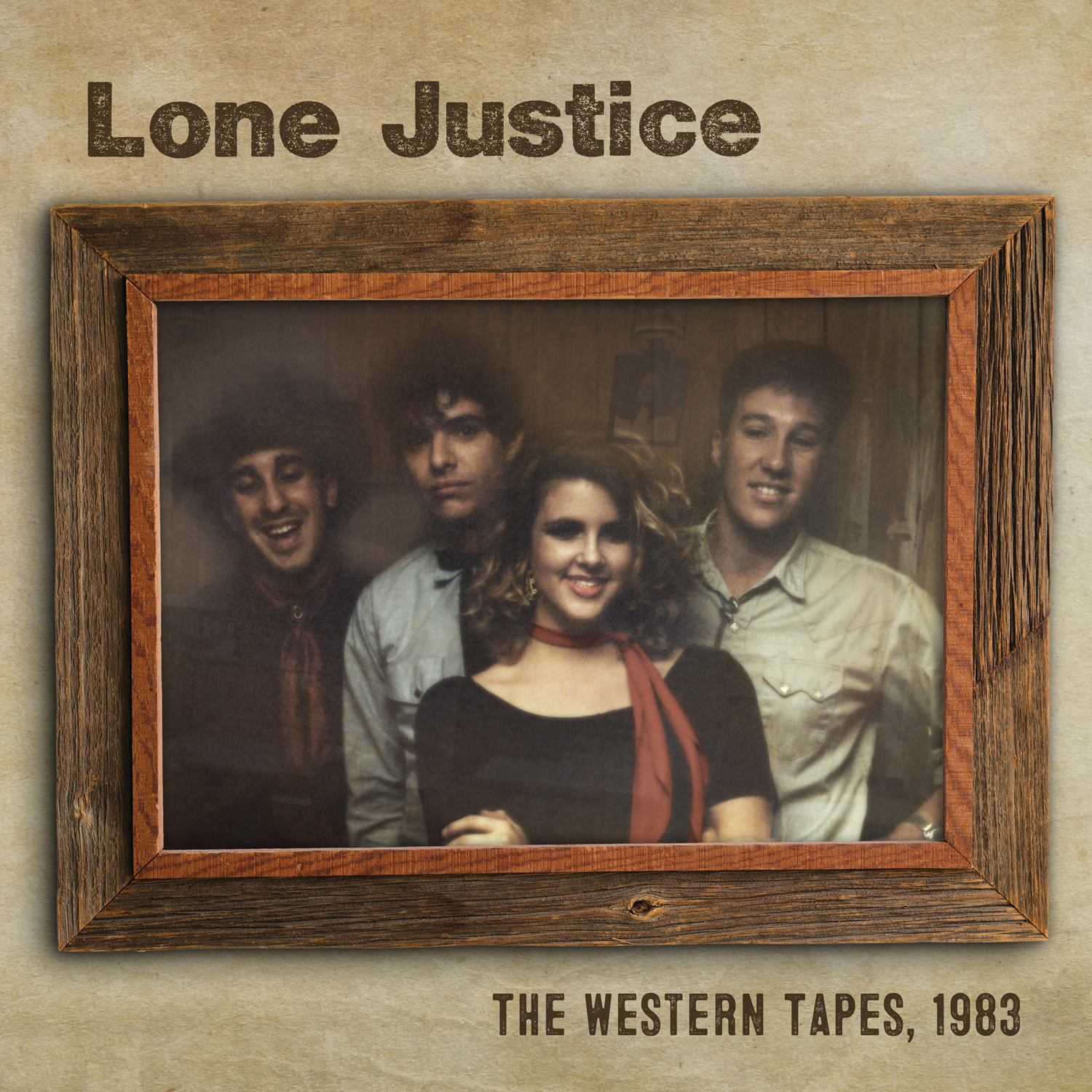 I think I mention this every time you mention LJ, but the song Ways To Be Wicked was written by Tom Petty and Mike Campbell.  Petty tells in one of his biographies that she was not fond of the song because one of the lines says “stick it in”. Anyway, I’m gonna find one of the LJ albums one of these days.  I have picked up a couple of MM albums recently.  I need to listen to them.

Your write up certainly makes this release sound interesting.

She is amazing! Sadly, I've never seen her live. The one time I had a chance to do so I was going to be in Philadelphia for the weekend she was set to do a show. I had everything all set and she cancelled a few days before I left. ARGGGHH!

And yes, you need to listen to the albums you have!