It took me a bit longer to be able to write it, but you can now check out my review of the new self-titled Helloween album via this KNAC.COM link. 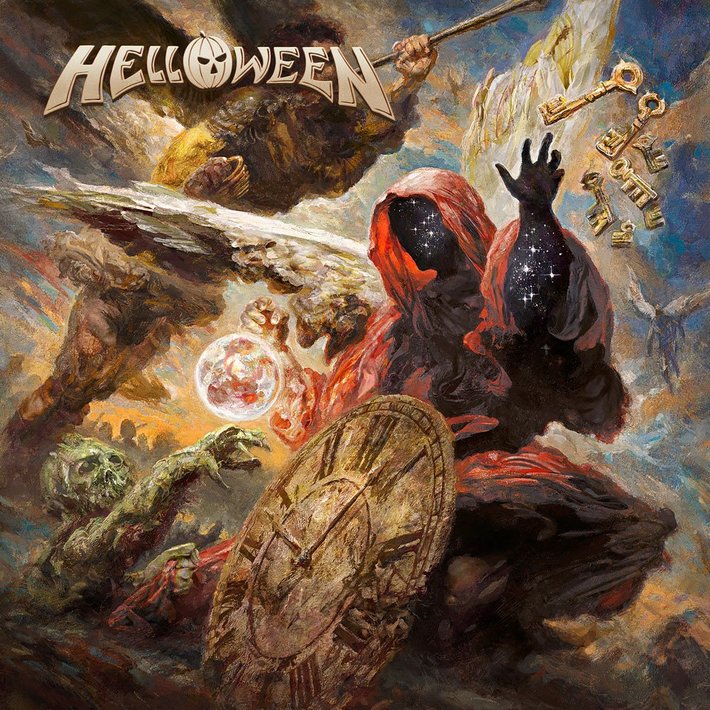 I saw you posting the review, and I wanted to check it out immediately (I even anticipated it), but I had no time to dwell on it, so I put it on the side until I can reply in length.

Clear your schedule, because it is going to be a wall of text here.

First of all, I listened to the CDs (yes, the actual CDs, not a stream). I know what you think, I said I'm not buying CDs this year, but I had to quickly reconsider my self-imposed rule in favor of the Instrumental CDs. Simply put, if I miss the release date (or sometimes even the pre-order stage) of these pressed in limited quantity releases, they sell out fast, and then my kidney is on the line to acquire them (and I like my kidney, where it is), or worst yet, they completely disappear from the market. What does that have to do with Helloween's S/T album, you may ask? After all, it is not an Instrumental album, right? Well, as it happened, I was shopping for one of the Japanese guitarist solo CD on Amazon Japan and one of the suggestions for me was the Helloween CD. I checked out the options, and one set, in particular, piqued my interest.

It is a Mediabook (perfect-bind booklet in Hardcover) edition with anti-static sleeves to protect the CDs which slide out from pockets. It is a BEAUTIFUL presentation. Comes in a limited Black Slipcover with a gold embossed logo (and an OBI, of course). Inside you get an extra booklet with lyrics translated into Japanese and a handwritten message from each individual member to their Japanese fans (also translated into Japanese). And a cartoonish style sticker randomly representing one of the band members (I got Kai Hanssen). The description says some of these sets will have randomly placed ultra-rare glitter stickers. Wasn't my luck of the draw. The thing that sold the set for me: was the 2 CD. The second disc has 4 tracks (one of which is Japan Only Bonus Track), a fact that will play a lot into my rating. Honestly, this was a great package, as described above, but there was a surprise waiting for me, as well. One I almost blew. The packages from Amazon Japan are delivered by DHL to me, and I signed a release form so they can leave the package in my mailbox without signature. When I got home, I found the package leaned to a post instead. Didn't think much of it just brought it in and opened the envelope. The CDs spilled out and as I was about to fold the package and throw it in the recycle bin, I noticed it doesn't fold easily. Looked inside the envelope and there it was... a  glorious 10x10 art print of the cover image. Apparently, this was an Amazon Japan First Press Exclusive Bonus. Nice! I always miss these goodies, or simply they are not available for purchases outside of Japan.

Now we get to the music, but first let me state that I had low expectations, thanks to Charlie Bauerfeind being at the helm of the production. (Oh no, (as my grandchild would say) here he goes with another producer). Well, there are two producers whose names stuck with me and not for good reasons. Unlike Del Vecchio, who softens up everything he touches, Charlie B. has the tendency to create this unpenetrable unlistenable wall of sound. If you need a visual aid to digest what I just said, then imagine this: you have a table full of different garden fruits in front of you. As you are about to consume them you are conflicted whether you should eat these fruits one by one, and savor each flavor separately, or pick one after another from each group and treat your tastebuds with aromas in contrast succession. OR... should you buy a FUCKING blender, throw them all in, and turn the switch on, for a smooth piece of FUCKING posh? Which one of these describes you the best? Because if you chose the latter option, you will definitely like Charlie B's production. Not me. Complex music requires a clean separation of instruments to be fully appreciated. Muffled cacophony does not make the music sound Heavy-er. It's just sound pollution. (Was Mass Pollution, perhaps dedicated to this phenomena)? Anyway, I'm not the only "fan" of Charlie B. If you don't believe me, google him. Other people are much more outspoken on the subject than I am. 'Nough said. Thankfully, (perhaps on the pressure from music lovers around the world), Charlie B. co-produced the album with Dennis Ward. Can you guess who had more control in each and every song?
I can.

I'm sure Rise Without Chains, Robot King, Cyanide are Charlie's babies. And since I had the exact same absorption of the song Down In The Dumps, I credit that to him as well.

At first, I also didn't think much of the song Angel... and I still don't.

The rest is pure Helloween, with Indestructible and Skyfall leading the pack.

You and I have a different scale for rating, so I'll try to translate yours into mine, for comparison. Your 4.3 equals 86%, which rounded down to my scale is 8.5 After listening to the first CD, my rating was a solid 6.0 Thanks to the second disc it improved to 7.0 With repeated listening it climbed up to 7.5 Consequent listenings made me appreciate songs I liked from the beginning more, but the songs I didn't care for just further annoyed me. All in all a solid album, but there is one complaint I have, that weighs more than Charlie B. on this "United" project. No Uli Kusch. I miss him less for the drumming (as I think Dani Loble is competent behind the kit), but more for his superb songwriting skills.

What else can I say? Wasn't I elaborate enough?
Well, I can say, that I was so impressed by the set I got that I started looking for potentially other box-sets out there. And I found a particularly nice fully loaded one with some incredible goodies. I placed an order and then I noticed the store had a 2 Picture Vinyl edition. PICTURE Vinyl!!!! Man, ever since I saw that is possible I wanted all my Vinyls to be like that. Of course, I only bought a few, back in the days. They were expensive, and I could never get myself to drop the stylus on top, but they looked good framed on my wall. So, that was a no-brainer purchase. Then I noticed the shipping charge didn't change, which led me to place an order for a Triple 3D Lenticular Vinyl edition, as well. Booya! I think I'm set broke.

Yeah, and since the shipping charge still remained the same, I kept adding more box-sets to my order with later release dates. I'm expecting the package to arrive in late September or even October. Christmas comes early for this dude. 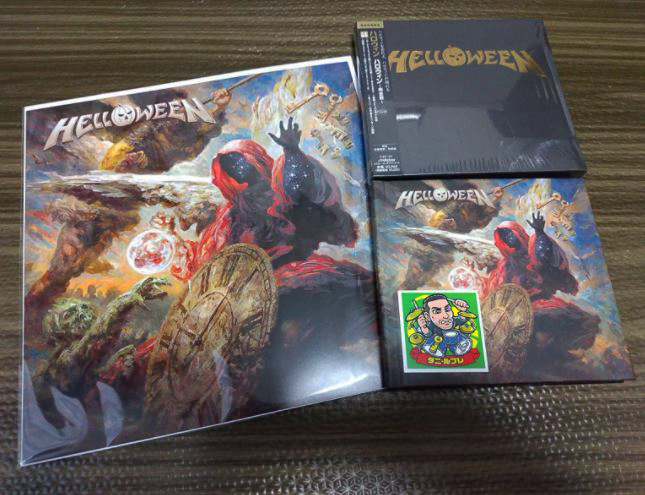 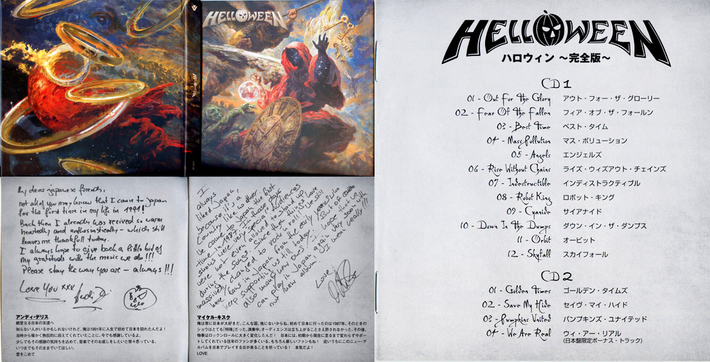 Well, that's a pretty detailed response for sure. I just bought the regular CD release so I don't have any of that stuff you wrote about before you got to the music.

I'm not sure I'm familiar with the co-producer's work before this album so I can't comment on the totality of his work. But I know what did and didn't work for me here.

You really should start doing your own reviews a lot more often. Of course, now I'm curious about the songs on Disc 2 so I'll probably have to see if I can look them up on Youtube or something.

This link has most of them (only the Pumpkins United is missing).
The first (pinned) comment has the tracklist.

Thanks. I'll check it out!